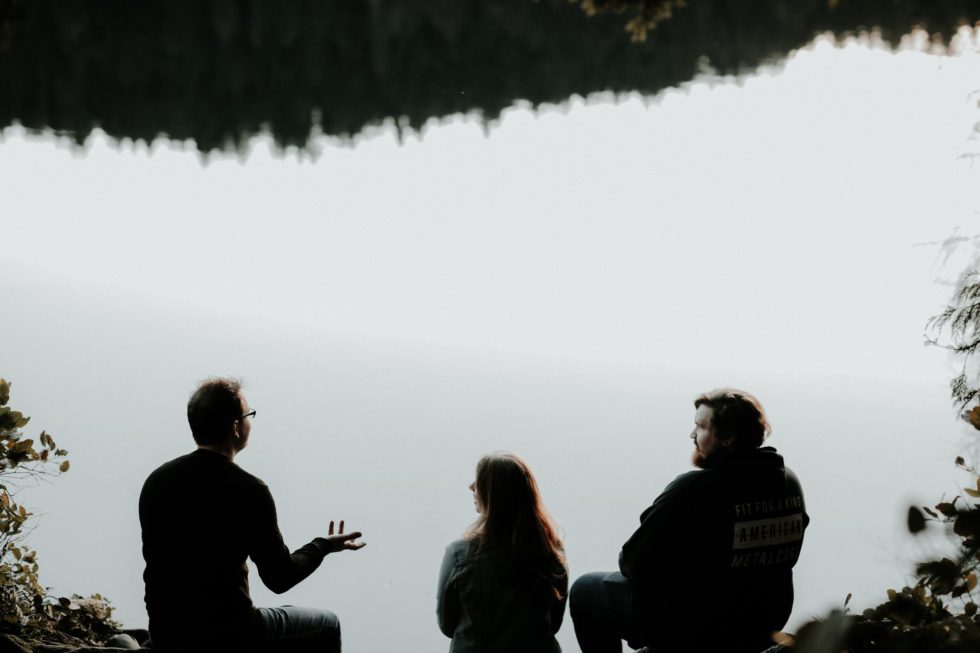 Mick feels like his wife, Theresa, couldn’t care less if he ever spoke two words again. She doesn’t seem to EVER listen to him.

While Mick will admit that his perception that Theresa doesn’t EVER listen to him is a slight exaggeration, he does feel unheard. She makes plans for both of them every weekend, even if he’s mentioned another plan. She promises others that Mick will volunteer with projects before consulting with him.

Theresa make a lot of scheduling decisions without really hearing what Mick has to say, she also tends to assume that he thinks and believes the same way that she does.

Mick will admit that he often lets Theresa take the lead in many areas of their life because it just seems easier that way. However, he is getting tired of her blatantly ignoring him when he does speak up.

As much as it might not feel this way, we all have the choice to use our voice or not in any given moment.

Sometimes men– and women– choose to speak up and let it be known what they want and what they believe in and other times they remain silent. There are other occasions when they try very hard to be heard, but it seems as if nobody– especially those closest to them– is listening.

Do you feel heard when you speak up about something that matters to you?

Do you let yoursel

f give voice to what you think, feel and believe on a regular basis? It might be that during the course of your life so far you were taught that it is not okay to speak up honestly and openly…especially if what you believe is different from what those in authority believe.

It could be that you have had some negative or even traumatic experiences that really drove that point into you deeply.

Now, even though you are out of the situations in which it was unsafe to speak up, you reign in your true thoughts and feelings and remain silent. You’ve become accustomed to biting your tongue and holding in the words that want to come out.

In your current relationships, this might even appear to be a successful strategy. After all, you can avoid an awful lot of tension and arguing when you simply pretend to agree or you give the impression that you have no opinion.

The big drawback of this self-silencing strategy is that you are living a lie. At some point, it comes out that you don’t really agree or that you do have an opinion and then everyone else in your life has no idea what to believe from you.

Your intention to avoid conflict by choking off your own voice can easily (and quickly) lead to resentment, anger and more conflict than probably would’ve otherwise occurred.

Give yourself permission to have and to express your voice.

A first step toward being heard by others is to give yourself full permission to know how you feel and then to express it.

Perhaps you did not experience some trauma that taught you to silence yourself, but it might seem that you are talking to a “blank wall” when you try to communicate with your woman, your kids, your boss and others in your life.

This can be frustrating and you might be tempted to stop sharing what’s on your mind because it simply feels as if nobody is listening.

Of course, there are probably changes that the other person (or people) in your life need to make. She of he might be easily distracted, likes to be in control, closed down or for some other reason not giving you the attention you deserve.

You can improve such a dynamic by exploring your own beliefs about your voice.

When you give yourself full permission to have a voice, it is a step toward claiming your right to be heard. This shift from within yourself can actually help you gain the attention and engaged listening you desire from others.

Speak from where YOU stand.

A troublesome communication situation that often occurs is when one person courageously speaks and gives voice to his or her thoughts, but then the other person in the conversation shuts down and tunes out what is being said.

This can happen for various reasons.

The result, unfortunately, is that the person who has spoken up about something important to him or her feels unheard. The relationship between the two people becomes disconnected too because the person who could be listening feels defensive, attacked or belittled– which is usually why he or she initially shuts down.

To avoid this kind of a communication breakdown, when you give voice to your thoughts, feelings or beliefs, be sure that you are speaking from where YOU stand…and not presuming to speak for anybody other than you.

It can really help if you start your sentences with phrases like these:

Release yourself (and those you are in relationships with) from the traps of believing that you have to stay silent in order to keep the peace AND that in order to be heard you have disregard what anybody else thinks.

Instead, come to a place of not only feeling certain about what you think, feel and believe, but be confident enough about your voice that you don’t need anyone else to be wrong (or even to approve).

Your voice IS important and it needs to be heard. Your life and relationships will undoubtedly prosper when you speak your words from where you stand with assurance, openness, honesty and love.