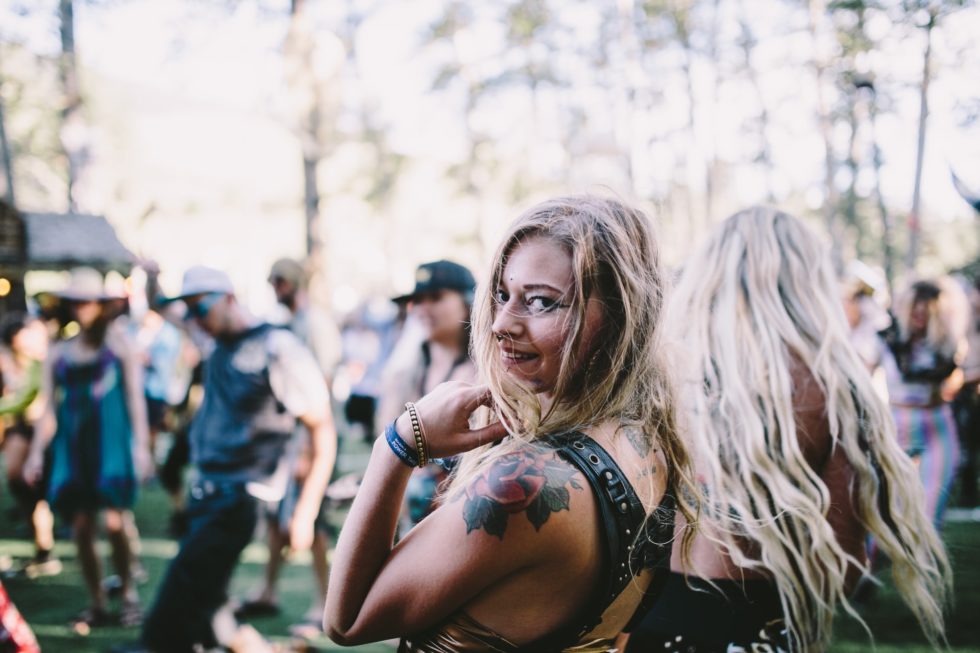 Going on holiday is always a blast. You put your regular life on hold and move into a world where anything is possible. This is particularly true when traveling abroad. Spend your days seeing the sights and your nights drinking, partying and pulling. That’s right: no trip to a foreign land is complete without a night spent in the company of a beautiful lady with an exotic accent. Let’s make that happen…

When you’re traveling, you can do all the things you want to do at home but are too shy or embarrassed to do. So push your boundaries a little. Not the type of guy who normally approaches travel girls? Suck it up and spit some game. I recommend pretending, just to yourself, that you’re someone else. Before you head out for the night, get psyched by convincing yourself that you’re everything women want. Treat it like an experiment. Be a scientist of the self and see what happens when you spend the night faking confidence.  Who knows, some of it just might stick.

Checking out where the locals hang lets you see how people live in other places. It also exponentially boosts your odds of meeting a woman who has a cool accent and un-American sex appeal.

2. Go Where The Locals Go

You can check out the touristy stuff during the day. When the night comes, head to the local hotspots. If you hang out in tourist bars, you’re going to meet other people traveling, which is cool but not ideal for sampling native flavors. Checking out where the locals hang lets you see how people live in other places. It also exponentially boosts your odds of meeting a woman who has a cool accent and un-American sex appeal. Which is the whole point, right?

3. Be Proud To Be An American

While traveling, I once met a very loud and brash young man claiming to be Canadian. Not sure if anyone was fooled, but the idea that Americans are this resented, detested group of people everywhere outside of Iowa is just patently false. Not only do many foreigners love Americans, they’re curious what it’s like living in America. Play on a woman’s curiosity about what things are like in the country where the streets are paved with gold (financed by the Chinese, of course), and good things are bound to happen.

Every country has its own local customs. Honor them. While the previous tip is legit, you’re going to instantly turn into an ugly American if you start acting like Paris is Chicago. Drink what locals drink, eat what locals eat and look to other natives for expert tips on behavior. It shows that you’re a guy who’s interested in learning about other cultures. Few things are going to help you seal the deal faster than a willingness to embrace that which is new and different.

One of your biggest advantages is that you’re only around temporarily. This creates a sense of urgency: a local lady only has so long to do the deed with you and then you’re gone forever. You don’t want to harp on this fact—it reeks of desperation. You do, however, want to give her occasional, subtle reminders that this is a limited time engagement, one that she needs to hurry up and take advantage of before you blow town for good. You’re the mysterious stranger in town for a couple of days or weeks. Women who crave excitement—which are the kind of women you’re looking for here—love that kind of thing.

When a French lady comes to New York, she’s exotic. When you go to Milan, you’re exotic. People are always interested in things that are strange and different. Walking around your neighborhood, you’re just another guy. Partying in the best nightclubs in Berlin, you’re the gallivanting international traveler. Play on your status as both “fresh meat” and a different flavor than what a woman’s used to. You know how interested you are when a woman is from a foreign land. Don’t think that doesn’t apply to you when you’re traveling.

7. At Least Attempt the Language

If you speak the local dialect fluently, good on you. If you don’t, a couple of phrases from a guidebook can go a long way. If you pull it off well, she’s going to love your ability to master her mother tongue. If you botch it like you botched your college entrance exams, she’s going to think you’re the cutest thing this side of Ryan Gosling. Either way, she’s going to love that you made the effort to communicate with her in a way she can understand.

In the end, you only live once, and life goes into overdrive when you’re on the loose in another land. Use the tips above, turn on the testosterone, and get ready for the adventure of a lifetime. And remember: What happens in Bangkok stays in Bangkok. Assuming you use protection, of course.