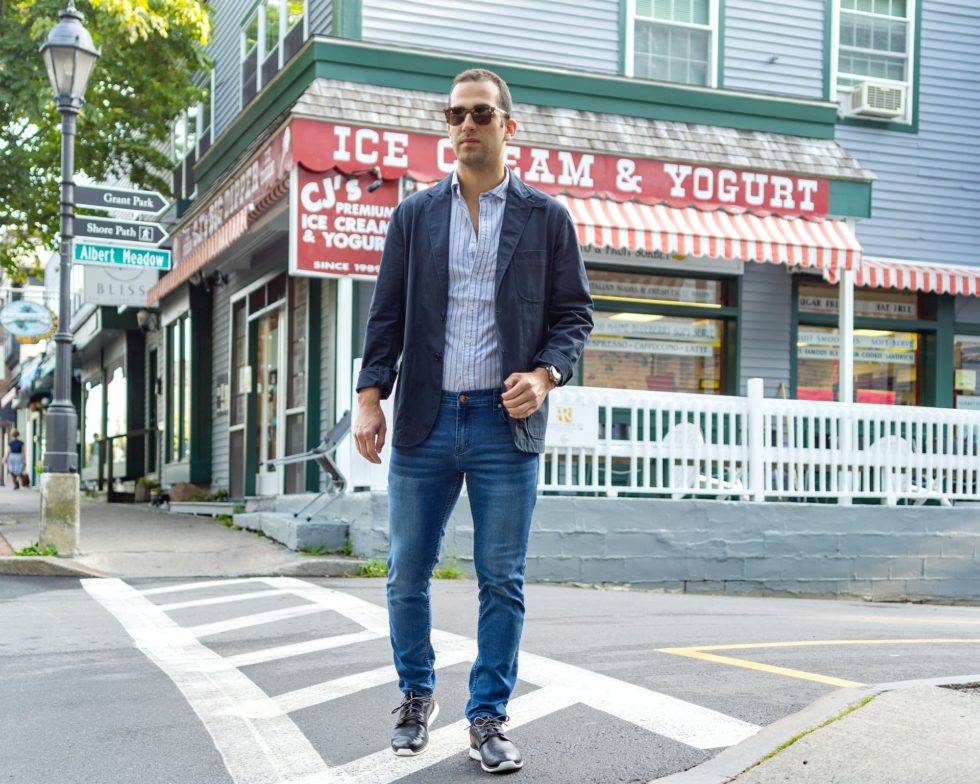 Ever wonder why the world’s greatest seducers are so fond of tight pants? It is not because they look particularly good or are even remotely comfortable. The real reason is to make the ass look tight. It’s true, women love a tight little ass. In fact, 40% of women are most attracted to the buttocks, much more than any other part of the male body. So, wearing pants that allow you to show off your ass makes sense as a way to be more attractive.

When I first discovered and started reading about the seduction community one of the first concepts I picked up on was the use of tight fitting pants. Pick-up artists such as Mystery and Neil Strauss were constantly outfitting there students in skin tight pants.

I remember the first time I bought a truly good fitting pair of jeans. They hugged my ass nicely and the crotch was dangerously close to mushing my testicles into the taint. Despite the uncomfortable feel, I did receive a huge reaction from my many lady friends at the time. “Wow, I love your new style” became a commonly heard phrase. Yes, just a simple change of jeans meant that I had a completely different style. From that day forth I have abandoned the baggy saggy pants that plagued my past and the only thing I look for in pants is how it makes my ass look.

Rock Stars and Men in Uniform

The tight pants look isn’t just for pick-up artists, it is a common trait amongst all male sex symbols. Just look at rock/pop stars like Mick Jagger, Bruce Springsteen and especially Lenny Kravitz. All of these men are known for their tight jeans and similarly cute asses.

Also, it is common that women love a man in uniform. It is my belief that the reason this is true is that most uniforms fit well and help to show off the butt. Some uniforms are more attractive than others and are probably based on tightness of the ass area. For example, a football player is probably going to score higher on the attraction meter than say an infantry man. Think about it; police men, Sailors and Spanish Matadors all have pants that fit well and hug the ass. Women swoon over these guys. Coincidence? I think not.

The Science of Tight Butts

We know that cute little male asses are attractive to females but what is the reason behind this? According to the The Definitive Book of Body Language by Allan and Barbara Pease it’s because of our fundamental need for mating.

The secret is that a tight, muscular rear is necessary to make the strong forward thrusting motion needed for successful sperm transfer during sex. A man with a fat or flabby derriere has difficulty with this forward movement and has a tendency to throw his entire body weight into the thrust. For women, this isn’t ideal, as the man’s weight can be uncomfortable on her and make it difficult to breathe. By contrast, the small, tight rear promises a greater chance of doing an effective job.

Use Discretion Where Needed

Obviously, you don’t want to go overboard in the tight jeans department. There is a difference between tight well fitting jeans and spray on pants. If you look ridiculous then you’re kind of defeating the whole purpose of the tight jean philosophy, which is to attract women with your butt, not scare them off.

Also, be sure to avoid the dreaded male camel toe at ALL COSTS!

So there you have it. Want to attract women? Start by getting a tight pair of jeans.