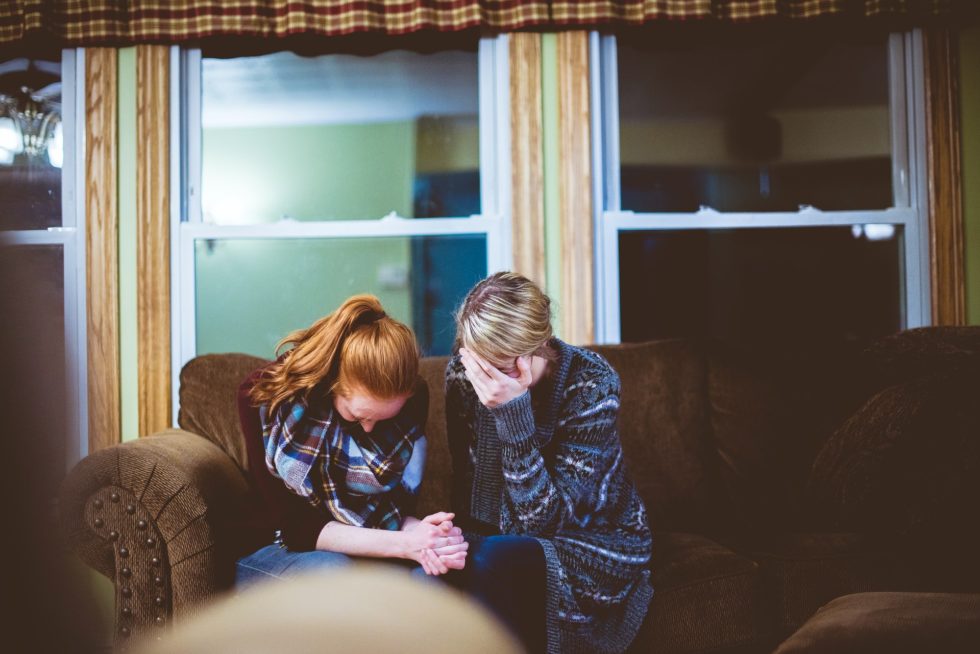 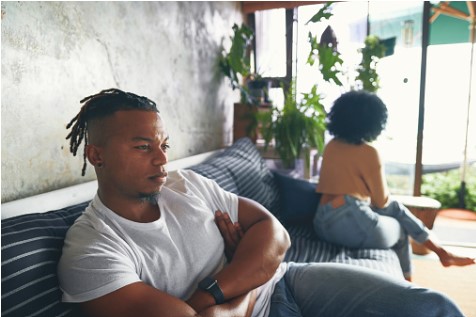 According to the manual, wait…there is no manual. There is no manual to tell you exactly how ‘your’ relationship should work. Wouldn’t it be great if we all came with our own little manuals? You could just hand it to the person you were about to date so they could understand how you work and function and vice versa. Even though we don’t have manuals, we do have blogs, articles, Dr. Phil  and self-proclaimed queens (such as myself) to help us along.  Wouldn’t it be great if you could see into the future of a relationship to see if it had potential? There would be no wasted time, energy or love on someone. With that being said, we all get into relationships that never seem to work out. The real key is to be able to spot these sort of relationships in the beginning so you can avoid them. It’s better to realize your error in the very beginning than to marry your mistake.

Relationships That Are Doomed To Fail:

1) You are infatuated with your partner

Ahh, isn’t infatuation fun? Remember the butterflies, you couldn’t eat and all you could do was think about that person but you barely even knew them? I know I keep talking about my ex-fiance, I apologize but he is a prime example of …well, everything. Did you know that infatuation can last up to two years. Guess how long me and the ex dated? Oh, humor me. Yes, it was two years. I was infatuated with his success and the fact that he seemed to have his life together. I soon figured out that even though he had his shit together on the outside, the inside was a hot mess. 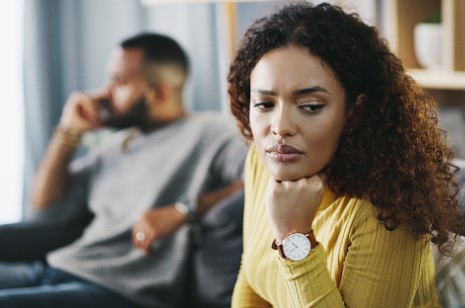 I’m not saying infatuation is a bad thing, it’s just not the ‘real thing’. It’s normal to be infatuated with someone in the beginning but it usually fades. You need to be able to recognize the difference between infatuation of someone and really liking someone for who they are..flaws and all. If you ignore the flaws and the red flags, you will end up wasting your time on a relationship that is doomed to fail.

2) You see your partner as a role model

You know, I used to date a youth pastor. Yes, I know, am I wrong for that? I knew Daddy would be proud since he was practically a preacher himself. It was so easy to put this dude up on a pedestal. I mean, hello, who wouldn’t look up to him? He had a VIP pass to heaven. There are two reasons you might fall in love with role models:

A) You are spiritually and emotionally empty

Oh, hello me. You think it’s a kawinkydink that I dated a youth pastor? Yes, I was spiritually drained and what a great way to get filled with the holy ghost, right? Things went kind of sour with the whole youth pastor thing. It didn’t help me with spiritual growth and  I think I ended up corrupting him. Picture this: Wednesday night he preaches about “no sex before marriage” to his youth group, then goes home and has sex with me. It felt naughty at first but then I started to feel like a sinner and felt as if I ruined the anointed. Ouch.

B) You are dating your parents

Why in the hell would I want to date my Daddy. I mean, ew. Well it happens and it happened. My Dad was a deep fried southern Baptist. It only made sense that I was going after someone that was just as close to the “holy one” as my father was. I’m thinking I should have just tried to grab the nearest bible rather than waste my time on someone I was only attracted to because of their “role model” status. If you see yourself in a relationship where you put your partner on a pedestal…it’s probably doomed to fail.

3) You are on the rebound

Oh, me. This is the story of my life. Almost everyone I have dated was a rebound. I would jump from one relationship to the other. I seldom even liked the people I dated but they did have a pulse so that counts for something. Not only would I rebound but I would pick someone that was the complete opposite of the last man. Man, I was just bouncing from here to there. I had no idea what I really wanted. I just knew that I didn’t want what I had before so I would seek out something different. You really can’t find ‘the one’ unless you are comfortable in your own skin and know exactly what you want. It’s so easy to settle but if you are looking for true happiness you just can’t. If you are in a relationship that was formed because of a break up, it’s probably doomed to fail.

4) Your partner is not available

I’m going to be honest with this one. I have never dated a married man. The ring on the left finger has always been a total turn-off for me. There I said it. I do, however, have friends that have been in relationships with married men. Here’s the first tip: I am almost 99% positive they are never going to leave their spouse for you. Why would they when they can have their cake and eat it too? You are setting yourself up to have your heart smashed into a million pieces.

Why would you want to go after someone that is unavailable? Mmm, maybe you need to do a self-check here. Are you afraid of true commitment? If they did leave their spouse, would you even want them? Yes, it’s a rush in the beginning but the infatuation soon fades and you are left with a complete mess. You deserve more than this. You deserve someone that wants to be with you and ONLY you. Do not sell yourself short, please. There is someone out there that will give you attention and love you even more than someone else’s spouse ever could. Please don’t settle for leftovers. So, if you are thinking about going after someone that is unavailable, the relationship is doomed to fail.

5) You are out to rescue your partner

Yep, that’s me. I was the one to everyone’s rescue. Co-dependency, anyone? I always felt the need to get into relationships with men that were financially and emotionally retarded. I could not figure out why I kept doing this, was it bad luck? No. It had nothing to do with the men and everything to do with..me! I needed to feel important. I needed to feel like someone needed me. I also put so much focus into these other men that it helped me forget about my own issues. These relationships are not healthy nor are the balanced. It’s usually a one way street where one person gives more than the other. You can’t rescue anyone if they don’t want to help themselves. Please don’t learn this the hard way. If you have an itch to rescue, go to the nearest animal shelter and rescue a puppy. If you have found your way into a rescue type relationship, it’s probably doomed to fail.

6) You are in love with what your partner “could be”

I saw the best in everyone. I kept telling myself, “One day he’s going to be something”. He has all this potential, he’s on his way. Wrong. I wasn’t in love with the person, I was actually in love with who I thought they would become. Talk about false hopes. People are the way they are. If you are my age, chances of us changing are slim to none. Don’t get yourself into a relationship thinking that your partner has the potential to change. Again, this is another way to avoid your own issues and focus on fixing your partner. I spent two years with a man once and told myself I wasn’t leaving until he changed. It was like a challenge. You know what happened? I was the one that changed. I lost my self-esteem and confidence in the long run and it wasn’t worth it at all. If you are with a person because you see their potential, the relationship is doomed to fail. 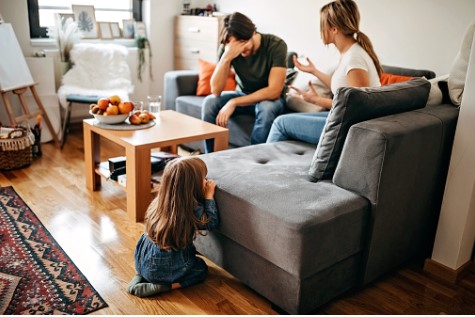 Ouchie. This one stings a little. Why would you want to be in a relationship where you cared more about the person more than they did you? I ask myself the same question. I’m so guilty of this. You have the hopes that one day they will just wake up and have a ‘aha’ moment. It seldom happens. Again, sometimes when we get in these sort of relationships, it’s not about the other person but about our own issues.

I’ve been in these relationships and the more I saw they didn’t care the more I wanted to be with them. Crazy, uh? It’s like I was begging for acceptance. I was begging for approval. I never got it. I was only left wondering what was wrong with me. Why don’t they like me? Hell, why are they even with me? Little did I know, most of them were with me to use me because I was the care taker. Sick, uh? I had to take responsibility of my own issues and get the hell out of the relationship. If you are in a relationship where you care more about the person than they do you, it’s doomed to fail. The exact opposite is true. If you are in a relationship where the person cares more about you than you do them, it’s doomed to fail.