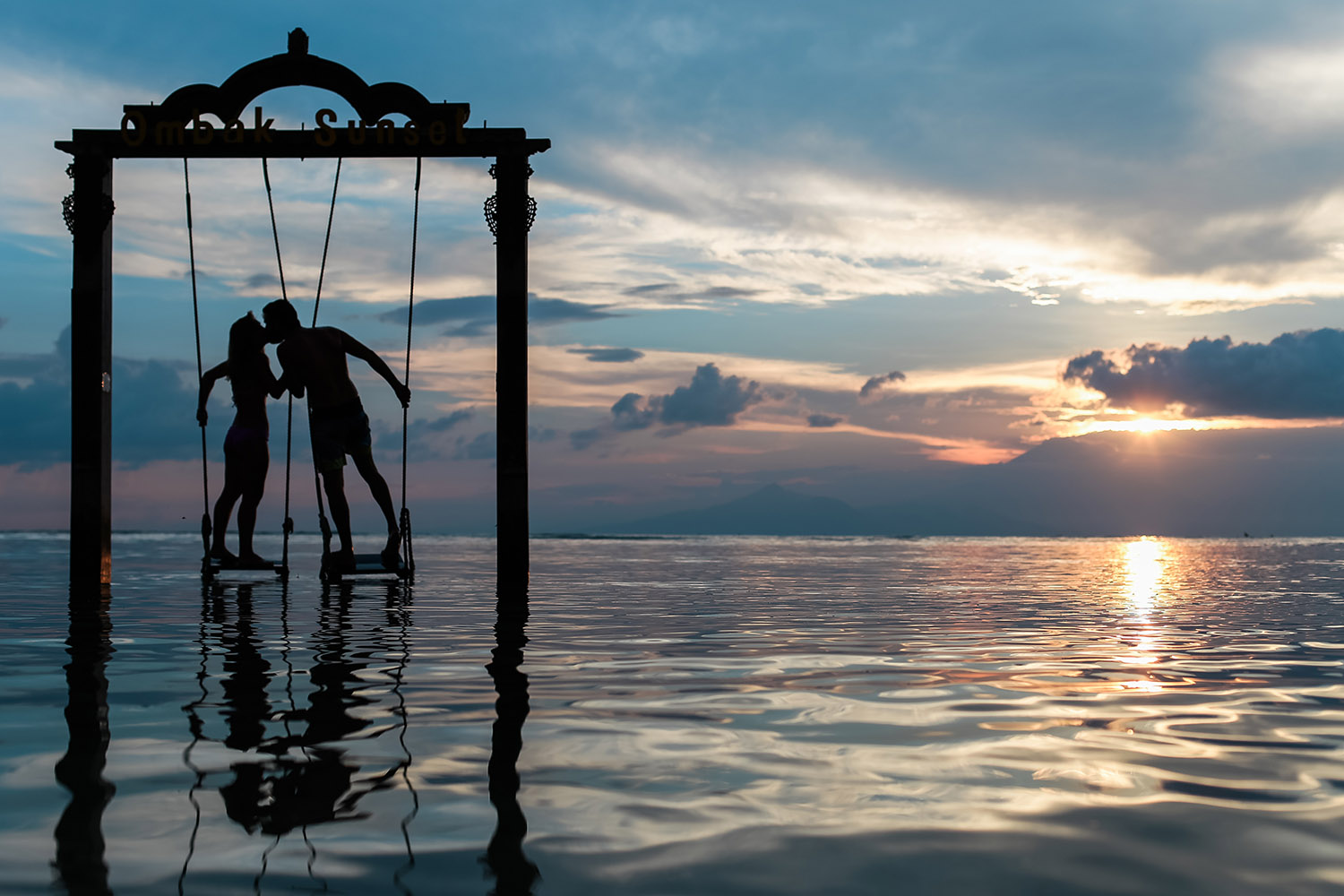 We really know that Internet dating has made it solidly when academics start studying it.  What could be more impressive that MIT’s Sloan School of Management?  Gunter J. Hitsch, Ali Hortacsu, and Dan Ariely have written “What Makes You Click? — Mate Preferences and Matching Outcomes in Online Dating,” a working paper on their study.

At 62 pages long, almost half of which are graphs and charts, this is not an easy read.  And there are formulas: here’s a short example— Um(m,w)>- vm(m) (not written here exactly right, but you get the idea).

Lucky you: We’ve managed to digest most of it and pull out what is really interesting, so here goes.  Keep in mind, this study is reporting on singles’ actual data and behavior—this is not as things “should be,” but as things “really are.”

The authors used data supplied by an Internet dating company for 22,000 users in the Boston and San Diego area.  While they did not have access to the actual identities of the users, the researchers did have just about everything else: Profiles, photos, and preference data, as well as records of who browsed who, when and if contact was made and reciprocated or not, and if a meeting was requested or planned.  Yikes.

Here are some of the conclusions they reached from their well- massaged data:

Motivation for using the dating service

Singles interested in a long-term relationship generated the most activity.  While 36% of men and 39% of women declared that a relationship was what they were looking for, 55% of all emails sent by men were from this group, and 52% of all emails sent by women.  Those “just looking/curious” (26% of men, 27% of women) did 22% of the mailing (men) and 21% (women).  Only a small percentage of the email generated was from those seeking casual relationships or sex: 3.6% for men and 2.8% for women.

The authors thought it was likely that those who indicated they were “just looking” were actually seriously looking, and therefore the percentage of emails generated by people looking seriously was closer to 75%.

Loveawake’s comments: You can probably assume, at least on the mainstream sites like Match.com and POF.com, that nowadays, most folks posting are seriously looking for a relationship.  Sites like AdultFriendFinder.com have siphoned off most of those just looking for sex, and AshelyMadison.com and the like have gotten noticed by married folks looking to cheat.

Men dominated the site in both cities: 54.7% in Boston. 56.1% in San Diego.  Age concentration was in the 26-35 year old range. 2/3’s were never married (sounds right, given the age concentration).  Education and income levels were slightly higher than national averages, but about right for Internet users.  The authors conclude that “during recent years, online dating has become an accepted and widespread means of partner search.”

Loveawake’s comments: Buyer beware! when it comes to an individual’s self-description of attractiveness and physical attributes.  People have a real tendency to distort or downright lie.  Or maybe they really believe that they are “above average,” whether you do or not.  To do your part, NEVER LIE!  It’s big trouble.

First contacts are usually made by men.  Women receive an average of 11.4 first emails, and men got 2.3.  56.4% of all men in the sample did not get any first emails at all, with 21.1% of women never being approached for the first time.

Loveawake’ comments: This absolutely validates what I have been telling our women clients: Men like it when you email them first!!!  Do the picking yourself.  You’ll be much more likely to get what you want!!!  And remember, a 30% response rate to first emails is GOOD!

Guys, if you want the contacts from women, be interested in a long-term relationship.  Men are penalized and receive less emails if they indicate that they want a casual relationship or “just sex.” Women, however, receive 17% MORE first contacts if they are looking for casual or sex.

Not surprisingly, the better-looking folks got the most emails.  Interestingly, men in the top 5% got about twice as many contacts from women as the next 5%.  The researchers called this the “superstar effect” and did not observe it with men’s contacts of women.

Photos count—and I would add, good photos count even more. Women with photos got at least twice as many emails, and men got 60% more.

Men prefer skinny women.  Really skinny women.  The researchers used body mass index (BMI) which adjusts weight for height.  The most preferred BMI by women in men is 27.  According to the American Heart Association, a BMI of 27 for men is slightly overweight.  Men however tended to prefer women with a BMI of about 17, which is considered underweight and corresponds to the figure of a supermodel.  Women tend to feel they look their best between BMI’s of 20 and 22.  50 year old women at the 50% of BMI’s would be about 27.

Men with red hair had a moderate penalty, while women with “salt and pepper” hair had a large penalty.  Men with “long curly hair” got 18% less email than men with medium straight hair.

Loveawake’s comments: The ideal guy?  6’3” tall, very attractive, slightly overweight, with medium length straight brown hair.  The ideal woman?  Be between 5’3” and 5’8”, very attractive, emaciated (How can that thin be attractive???  It would hurt if you bumped into them.), and have long, straight, blonde hair. What’s new about that?

Of course, only 15% of men are over six feet tall.  And only around 10% of women have a BMI of 17 or under.  (Want to calculate your BMI and see where you stand compared with other men or women? Go here: http://www.halls.md/body-mass-index/bmi.htm ) Less that 2% of the world population has blonde hair.  Those stats cut out lots and lots of perfectly lovely people.  Are you sure you want to do
that?

You can tell the difference between natural and dyed blonde hair by exposing it to ultraviolet light (bleached hair will glow, while natural blonde hair will not).

Income: Income strongly effects the dating success of men, while only having a slight effect for women.  In general, the higher a man’s income, the more first emails he got.

Women seem to prefer men with similar educational backgrounds.  They also preferred lawyers, firefighters, military, and health-related professions.  Women’s occupations and education had little influence on first email results.  In fact, most women’s professions did not do as well as students.

Loveawake’s comments: Guys, if you can make more money, you can catch up to other men who may be taller or better looking.  The researchers were actually able to figure out that a man at the bottom in the looks category could make up for that with an additional income (on TOP of the assumed $62,500 average) of $186,000.  A man 5’6” tall needs to make $175,000 MORE that $62,500 to compete equally with a guy 6 feet tall (assuming everything else being equal).  Ethnicity is the most expensive catch-up: for equal success with a white woman, an African- American man needs $154,000, Hispanic men $77,000, and Asian men $247,000.

Photo by Azrul Aziz on Unsplash

What Are The Best Songs To Play During a Date?

The Date Night Make-up Tips Every Woman Should Know

The Beauty of Being Alone

5 Fun Activities to Try On a First Date