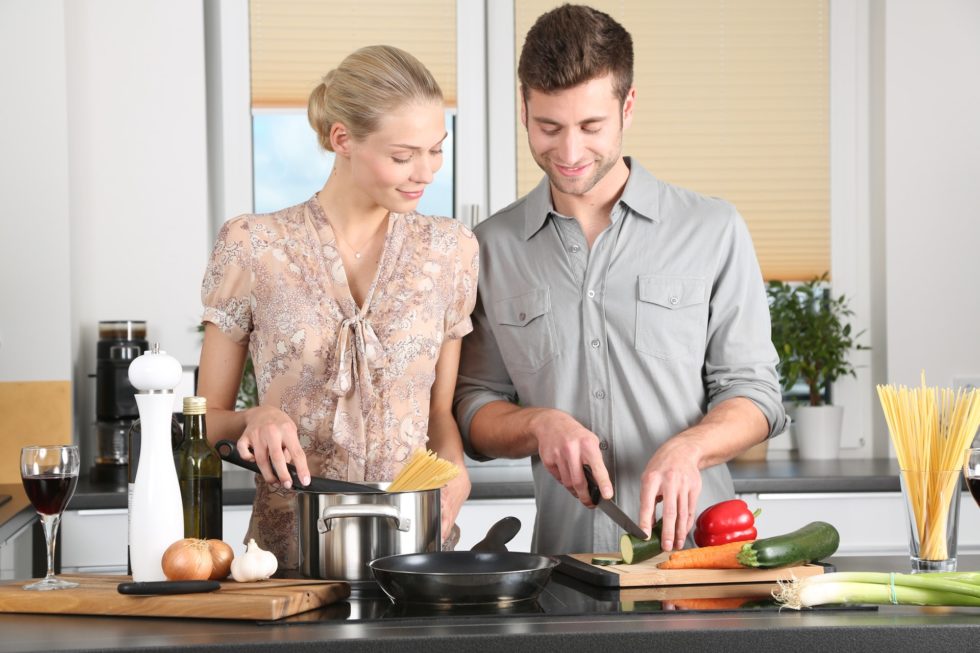 She wants a quiet evening alone, so she’s offered to cook for you. It sounds like heaven if you haven’t had someone cook you a good home-cooked meal since you last visited your mother. Recent study by https://datingappsadvice.com/ have shown that couples who cook together are more likely to stay together. You even think it’s cute when she asks if there’s anything you don’t like to eat as she prepares to surprise you. That is, until you’re at the table about to eat her creation. The content of that dinner plate will reveal a lot about the woman you’re involved with because it’s a small window into her nurturing style. The following cooking styles will reveal some insights about the woman you want to know better:

She doesn’t cook, but likes to choose from many options. Yes, she gets bored with too much food repetition, but this lady always knows the best wine or mixed drink to accompany her dinner selection. For her, the meal is only one of the reasons you’re together, because tonight is about getting to know more about you.

She’s not going to get all worked up in the kitchen like you’re her relative visiting from out-of-town. She’s not going to use this date to audition for the title of ‘wifey,’ because she’s not even sure if you have what it takes to be her life companion. If the evening goes well with a little takeout, she may cook for you on a future date. It all depends on if you make a good impression on her when the focus is you and not who toiled in the kitchen.

She can prepare her favorite childhood meals from memory and knows the names of most of the hosts on the Food Network. She has the reputation of ‘best cook’ among her friends and will share her secret recipe if you rave over one of her creations. She relieves stress by cooking or baking, so preparing a meal for you is something she’s happy about doing.

There’s a story behind her favorite recipes and a reason why she chose the meal you’re consuming. She likes to set the mood for eating with nice music, silenced cell phones, and candlelight. Her efforts remind you of holiday dinners, get-togethers with friends, and all of the comforts of home…and she never forgets to have a great dessert.

Her motto is “You are what you eat.” She’ll watch your fat intake, fill you with vegetables, and make sure you know meat doesn’t have to be consumed at every meal to be satisfied. For her, food is fuel, so second helpings and passing around a gravy bowl is not her cup of tea. The food she cooks will look more like a garden on your plate than anything processed or killed, so if you’re on a path of fitness she’s the perfect dinner date for you.

She knows the proper portion sizes, number of calories you’re consuming, and will encourage you to try healthy recipes on your own. If you’re a meat and potatoes guy, you may find yourself stopping for a quick burger or a slice of pizza when your dinner date is over – but at least this woman want you living pass your eighties.

Patience isn’t a virtue she cares to learn. She hates clean up and loves convenience. Complicated recipes aren’t her thing but she likes to be in her kitchen for simple things like making refrigerator (bake and ready), chocolate chip cookies, zapping a microwave dinner, or cooking a frozen pizza in the oven. She’s also known to put her own special touches to microwaved dishes by adding extra dry spices or jarred sauces to ‘jazz it up’.

She has made many fire detectors go off during her cooking attempts so don’t be surprised if you find the one near the kitchen has been dismantled or lacks new batteries. She believes she doesn’t need some mechanical contraption to tell her there’s smoke in the kitchen. She doesn’t mind anyone eating in front of the television because she’s very easy-going and easily smitten by a man who cooks. So if you offer to take over the kitchen and whip her up a meal instead, she’ll be more than pleased to let you take charge.

She likes fire just as much as you do and likes to call the shots in the kitchen, but under her tough exterior is a tender heart that enjoys seeing everyone happy. She likes hearty sauces, rich marinades, and great cuts of meat. She knows her way around a grill and will challenge you to a ‘grill off’ – but that contest won’t happen on her new grill. (It’s her pride and joy, of course.)

She may tell you she enjoys grilling because the weather is nice – but that’s not the only reason she likes burning things over a fire. She also likes to let men know she’s an independent, determined woman who knows her grilled chicken and vegetables will make your mouth water. So don’t tell this lady you like to eat light and whatever you do, don’t touch her grill unless she asks you to, because if you play with her fire, you’ll get burned.

She takes cooking to the ultimate level. She’s creative and knows her spices better than the shoes in her closet. She won’t let you help in the kitchen because if you mess up her sauce, she’ll pout for the rest of the night. And if you make the mistake of asking her to do an ingredient substitution, you’ll get a disapproving look because every dish is a masterpiece and every bite must be savored as she’d imagined it. If your plate is clean after you’ve consumed the meal, she’ll feel like she received a winning trophy.

Either she hates a dirty kitchen and cleans as she goes, or her kitchen looks like a tornado hit it because she was inspired to try a new recipe. But don’t worry, she’ll never let you go hungry or have a bare refrigerator. If she had a chance to buy a new purse or a new 8-qt covered stockpot, she would purchase the cookware every time because she wants to be the new Rachel Ray in her next life.

I’m sure you can think of other categories of cooks but you get the point. The way women cook and entertain says a lot about us, so have a good time when you walk into your dinner date. Don’t put any pressure on the woman or fill your head with comparisons with other great cooks you know. Cooking is a learned skill so enjoy the effort that was made to get you alone for a one-on-one date.

And remember one thing: if you use the fact that she can’t cook as a relationship deal-breaker, then you’re not being fair. She’s not asking if you can swing a hammer and put a closet organizer up on one of your dates. And at some point, you’ll have to cook something for her, too. All of us have our strengths and weaknesses; the trick is discovering what you can live with and without in your relationships. Besides, all adults should know how to cook these days. It is 2019, people.