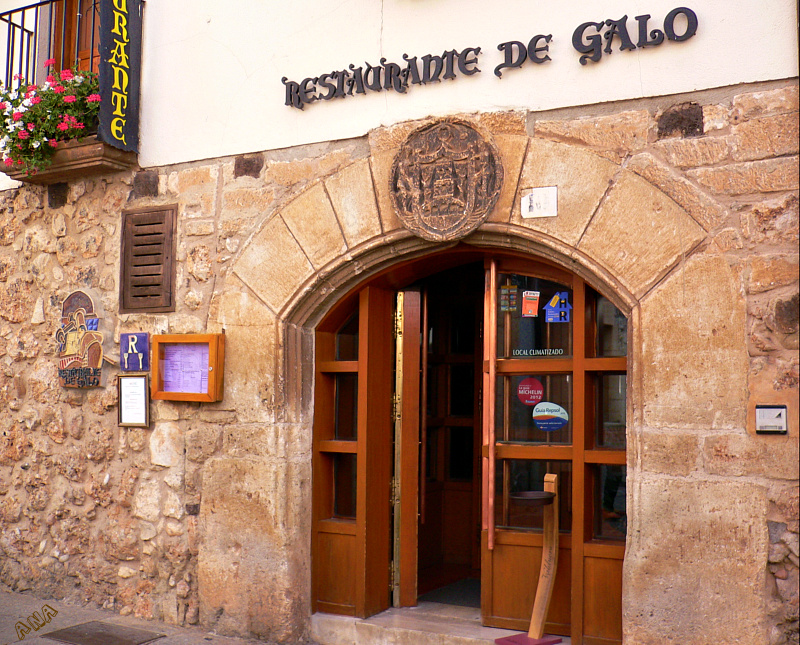 If you look at a first date like it’s an adventure, then they can be pretty awesome.  You never know what you’re getting yourself into – It could end up being the story you tell your future kids when they ask, “How did you and Mommy/Daddy meet?” or it could be like ramming your head against a table 50 times.  You never know until it’s over and that’s why it’s kind of fun in a gambling way.

One thing that always remains true about first dates…you probably should play things safe.  That means you not only should avoid getting into political debates but you also should watch the foods you eat.  You don’t need to end up in the bathroom for a half hour while the person you really like sits at the table and flirts with the waiting staff.

So to help you out, here’s a list of the top 5 foods you should NEVER eat on a first date…

There is a reason Orbit doesn’t make curry flavored gum. If that isn’t enough to convince you, think back to Ben Stiller’s epic bowel dysfunction in the movie “Along Came Polly“.  Is it a hilarious and memorable scene? Yes!  Is it romantic, charming, and the key to a second date? Absolutely not.

Most likely you’re not eating fast food as your main dinner but there’s always those times when the first date has gone well and the two of you are out all night.  You both decide to extend the date a little bit longer and grab some late night grub.  BAD IDEA.  If the dates going that smooth then there’s a good chance the two of you could be getting frisky later on.  We’re all to familiar with the damages a Burger King Whopper can have on your digestive system.  Say your not hungry and pass on the fast food.

The last thing you want to deal with is an allergic reaction. Hives, rashes, swelling, choking, fevers…all things you want to avoid when making a first impression.  Think Will Smith in the movie “Hitch”.  You don’t want to gaze into a mirror only to find that your lips and ears are four times larger than they were when you left the house. Kapeesh?

Food You Have Never Tried Before

First dates are not the time for you to start experimenting with new food groups.  While your date’s sitting there preaching about how amazing the meal is, you don’t want to be sitting there deciding if you should swallow and risk puking or spit it all out and risk your date puking.

You’re better off staying in the safe realm of familiar foods – be it a chicken salad or a an all American hamburger – it’s better to be juvenile than to have your chewed up and spit out food all over the table.

Remember that old song you probably learned when you were 10 or 11? It goes something like this:

Blah blah blah the rest of the song doesn’t matter. That’s all you need to know.

Let’s face it, it’s hard to turn on the charm when your face is covered in BBQ sauce. No matter how careful you are, there are just some foods that are guaranteed to make you look like a slovenly, uncivilized eater. Top offenders include BBQ ribs, spaghetti, nachos, Philly cheese steaks, and soup with devilishly long noodles. As a general rule of thumb, you might consider avoiding finger foods altogether, instead opting for an establishment that offers a fine dining experience that includes a knife and fork.

What goes in must come out – and when it comes to some types of food, the time-line for exit is vastly accelerated. Unless you want to be masking farts all night or trying to explain why you keep visiting the bathroom, then it’s probably a good idea to avoid the bean burrito from your favorite Mexican restaurant. Of course, burritos aren’t the only flatulence-inducing entrees out there. Other potential danger foods you might want to avoid include chili, Asian curries, and other dairy-based food products.

Hey, inviting your new lady over for a home-cooked meal might be a good way to impress her with your cooking skills. That is, unless your plan is to get a little help from Lean Cuisine. Simply put, TV dinners taste like crap. Add in the fact that they come at bargain basement prices, and that little lady of yours is sure to think you’re a super cheapskate that isn’t worth her time.

There will be plenty of time to show off your eating skills once you get a little more familiar with your lady friend. When it comes to introductions, however, it may be a bit of a turnoff to see you going back for that fourth serving of apple pie. Of course, overeating isn’t an exclusive concern to buffets -– there are plenty of restaurants out there that give you way more food than any sensible, intelligent and attractive young guy should ever publicly put away. As such, be mindful of food portions to make sure you don’t come off as a glutton.

What’s wrong with spinach? At first glance, nothing -– but when you get back home at the end of the night to see that gross piece of green stuck to your front tooth you’ll know exactly why she didn’t seem to have a very good time. Of all the foods out there, spinach is perhaps the most notorious for getting stuck in your teeth. Cilantro, pesto, and other green food products are also highly dangerous.

If there’s one sure way to kill any chances of getting a kiss at the end of the night, it’s by eating onions. Truly, there is no bigger cock block in the food world than this smelly (albeit delicious) vegetable. Of course, you’ll also want to avoid the onion’s bastard brother -– garlic. No matter what you eat, it may be a good idea to keep a stick of gum or other breath refresher on hand just to make sure your breath isn’t going to keep you from getting a little action at night’s end.