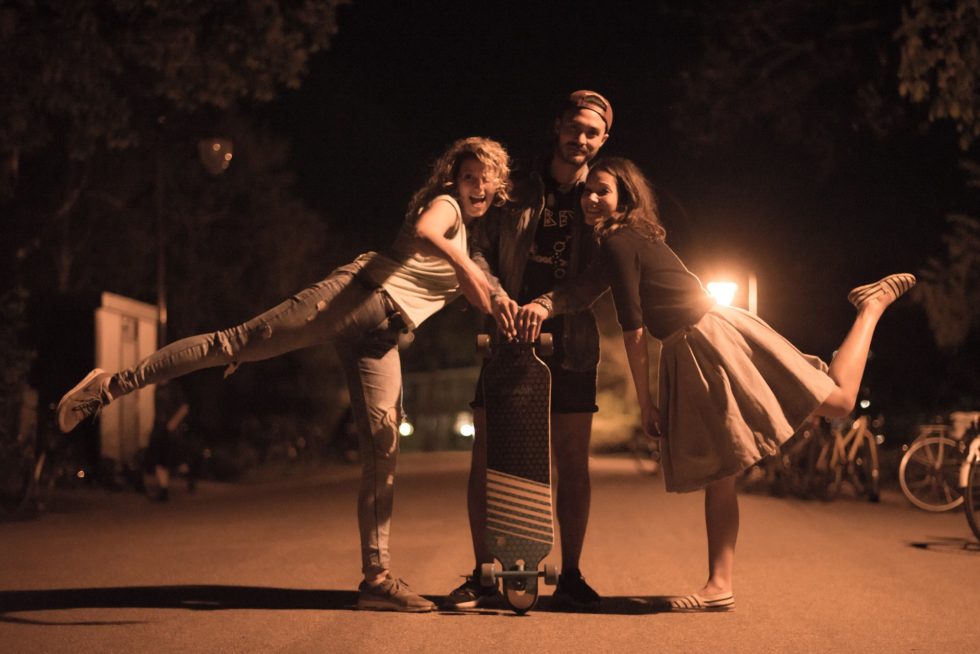 Kimberley Dawn reflects on her romantic history and reviews what she’s learned about love from each man.

With each man who enters my life, I think I’m making a better choice than the last. Yet even though I’m in my 40s, I keep making the same mistakes again and again. When my current relationship started (temporarily) to nosedive, I began wondering if I’d learned anything from my relationships with men. I decided to take inventory. Starting at 17 and continuing until the age of…don’t mention it, here’s what I’ve learned.

Rob, age 16 to 28 off and on. That you should not have a relationship with someone who hustles pool for a living—and not only because you will spend too much time knitting in dive bars.

Z’ev, age 17 to 18. That it’s possible for the male anatomy to be to big — despite what the adult film industry would have you believe.

Mitch, age 19. That you should avoid having a relationship with any man who sleeps in the same bed as his 26-year-old sister when she comes to visit. Also, you can have good sex with someone you dislike.

Justin #1, age 20. That (to my horrified surprise and chagrin) there are men who can’t get it up.

David, age 21 to 23. That it’s just too weird to sleep with two different men in one day.

Chance, age 23. That you should not sleep with a man two days after you meet him just because your dogs like each other.

Luiz, age 23 to 25. That it’s worth being with an all-around prince even if it doesn’t last, because a good relationship is always worth it, no matter how or why it ends. (For example, him wanting to bear six children and raise them Catholic in Brazil when you are a Jew who doesn’t want children and wants to go back to the United States.) You, Me And God: Interfaith Relationships

Lorenzo, age 26. That some men will assume you like what their last girlfriends liked. This is their downfall.

That just because you’re sleeping in the same bed and he admits to having a crush on you for the last ten years, he might still be in love with his wife.

God help me, I’ve forgotten his name even though I slept with him, age 26. That you can be unattracted to someone outside the bedroom and still have chemistry between the sheets—as long as you don’t look at him during the act.

Alex, age 26 to 28. That you actually can look at an unattractive person in bed if he happens to be married and your boss. Also, that I had intimacy issues, because when he said he wanted to leave his wife, I dumped him.

Justin #2, age 28 to 33. That you can be in love with someone even though the sex is lousy. Can There Be Love Without Chemistry?

Paul, age 34 to 45 off and on. That it’s gratifying to have a lover handy when you’re at your sexual peak, even if he will barely speak, shows you no affection, and never spends the night.

Flaky Motorcycle Guy, age 34. That men with small penises aren’t good for much. (Or so I thought.)

De’Angelo, age 37. That a deep attraction to each other’s hair and racial difference is not enough to sustain a relationship.

Josh, age 37. That somebody who constantly flirts with you and wraps you in full body hugs but says, “Sure I’ve thought about kissing you but it doesn’t mean I’m interested in you,” either has a low sex drive, is lying, is confused about his sexuality, or is a person with blurry boundaries and should be avoided.

Stevie-that-Rat-Bastard, age 45. That I could be surprised when an older, fatter, flabbier, saggier man than I’ve ever been with could be an amazing lover. And small penises can be good for something.

Sweetie, present. I’ve learned that I can still be surprised. I’ve learned that lots of experience (which I thought was a requirement for good sex) isn’t necessary. Sweetie’s combination of affection, openness, and being “present” during the act earns him my Favorite Lover of All Time award. And, last, that being 11 years older than your partner is good and bad in equal measures.