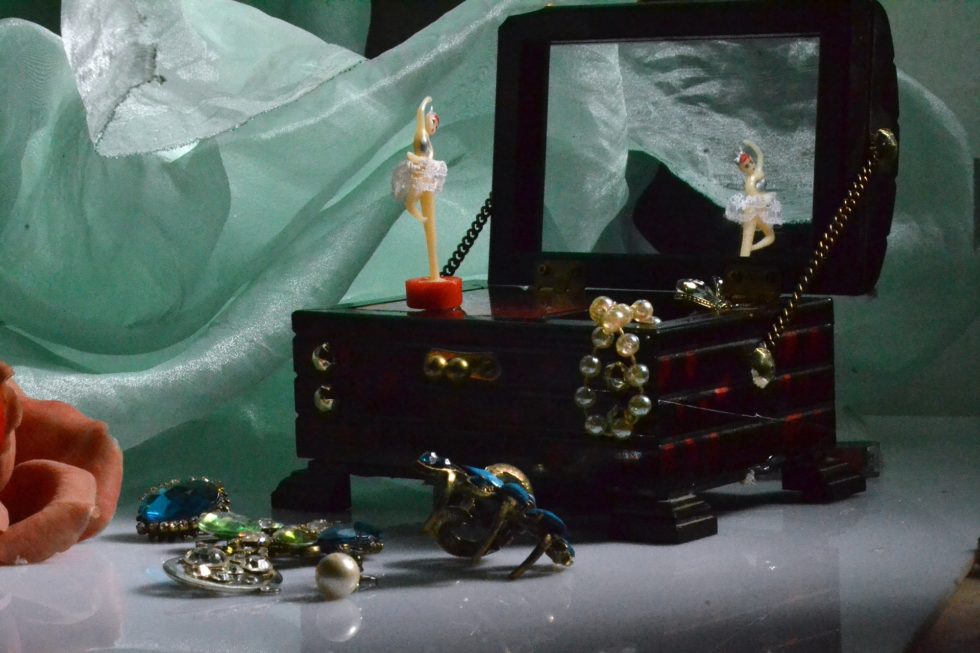 My romantic high school dream was to meet a guy on a train or a bus who would see me and smile the kind of smile that makes an alienated, angsty teenager feel known. Public transportation was deeply unsexy, and yet I felt it had the potential to take me somewhere new, literally and metaphorically. Although I rode the Metro day after day, my eyes wide with looking, that special stranger never materialized. Then, my first semester of college, when I was 18 and waiting for a commuter train to take me into Philly, I noticed a boy with shaggy hair, colorful clothes, and a camera around his neck like a medal.

His name was Ben. When he and I arrived in the city, we walked in tandem for a while and then separated: I to see a movie, he to meet a friend for a concert. Seven years later, when we were both 25, we stood side by side under a wedding canopy.

Before the ceremony, I knew little about being married. None of my friends had gotten hitched yet, and looking to my friends’ parents, or my own, was sort of like asking Microsoft how to be a start-up. (And of course some of those parents had launched the equivalent of failed start-ups themselves.) I am now 32, which means that Ben and I have been married for about half of the total time we have been together. Here is what I have learned during Part 2 that would have been helpful to know in Part 1.

ENGAGEMENT IS THE HARDEST PART.

Ben and I moved to New York together after college and faced down several trials common enough to newcomers — cruel bosses, unstable apartment-mates, a homicidal cat — before landing in a tiny Brooklyn studio. At some point, a thought crept in there with us and there was no room to avoid it: I wanted to get engaged. Not married; I wasn’t ready to be married. Marriage was for adults, people who could support themselves, pay their own taxes, buy a house. I wanted engagement, a public acknowledgement that this was it, we had found what we wanted. It would be, I figured, one less thing to worry about.

Little did I know. Getting engaged doesn’t diminish problems; it multiplies them. You’ve decided to spend your lives together? Fantastic! Now you have to plan a wedding, the Webster’s Dictionary definition of which is “an excuse for otherwise mature, responsible people to go bonkers in the name of love.” One relatively tenuous family connection will ask if you wouldn’t mind inviting his brother and his brother’s wife. Your mother will say, “I know you’re both vegetarian, but the guests will expect red meat.” Whole afternoons will leak away while you pore over color combinations and china patterns, only to have decisions reversed and the whole process begun again the next day.

Being engaged means pleasing a huge and conflicting array of people, ranging from those you care deeply about to those whose names you cannot keep straight. Being married means pleasing two people: you and your spouse. By comparison, it’s a piece of cake, and not the kind that’s $15-a-slice.

All the same, engagement is a good test. It is a reminder to communicate, to own and voice your needs, to figure out your values and stick to them while letting the small stuff slide, to take each other’s side over your families (unless one of you is being especially unreasonable), to fight smart, and to have lots of sex, because that is one of the best ways to remember why you are choosing to be together in the first place.

You are not an adult simply because you have said, “I do.” If you are over 18 and have $55, you can get a dude in an Elvis suit to pronounce you a husband/wife. But if you hate doing dishes before you enter the Little White Chapel, post-honeymoon you will continue to want to leave them tilting precariously in the sink. Unless you have “saved yourself” for your wedding night, you probably will not feel different the next morning. If you have, you might feel elated, and stunned, and a little sore. Even then, though, you haven’t become an adult, only someone with a pile of thank you notes to write and some books, like Guide to Getting It On, to read.

Pre-marriage, Ben and I were pretty independent people. We had some of the same friends, interests, and ideas about how best to spend leisure time, but also lots of different, even conflicting, ones. Post-marriage, we still do. Single Ben thought cable TV was a waste of money, an opinion Single Ester considered sacrilege. Post-marriage, we don’t subscribe; but I have full control of the Netflix account and when I have rented something he will like, I alert him and we watch it together. Compromise! We remain the same people, and we figure out ways to be ourselves together.

ON THE OTHER HAND, MARRIAGE DOES CHANGE YOU.

That said, because it is in your best interest to be your best self once you get married, to be the person that your spouse wants to go through ups and downs over decades with, you might find yourself making more of an effort. I am more of a Chaos Muppet, while Ben is an Order Muppet. But Married Ester started filing paper instead of leaving it in piles, cutting down on clutter, and trying to contribute to the kind of more organized household that would make Married Ben happy. Married Ben, meanwhile, eased up, caring less about unfiled paper, clutter, and so on.

Things I didn’t consider worth doing for myself — you don’t want to know Single Ester’s record for going without doing laundry — began to seem easy enough when I thought about the guy with whom I was sharing 350 square feet. Both of us have developed new modes that, over time, have become habits. Married Ester is still kind of a Chaos Muppet on the inside but much less of one, and Married Ben has both chilled out and inspired me to be more organized.

FIGURE OUT BEFOREHAND HOW YOU TWO FEEL ABOUT FOOD.

Is food fuel? Emotional? Political? Everyone knows that sex and money can poison a marriage, but the experts don’t talk enough about how vital your relationship to food as a couple is, too. Think of how many meals you will have together over the years. Not fancy anniversary meals, either, but everyday eating.

Single Ben liked to cook in bulk and eat leftovers over the course of the week while Single Ester found anything involving a stove or pots to be stressful, preferring to make sandwiches, eat yogurt, and snack. Over time, Married Ester has gotten better at cooking. The secret, it turns out? Follow the recipe.

Marathon runners will tell you that it is helpful to visualize the finish line, but the thought of it alone is not enough to carry you through 26.2 grueling miles. Along the way, you have to pick out milestones — that tree, the top of that hill — and focus on making it there.

I have an image in my head of what Ben will be like as a adorable retiree in a cardigan, puttering around a backyard vegetable patch. That is the goal that I am running toward, our finish line. But along the way, he and I celebrate everything we can: our original anniversary in February as well as our wedding anniversary in August, our birthdays, holidays real and imaginary. The point isn’t to buy things for each other so much as to take time out of normal life to remember to feel grateful, and to do something frivolous and exciting.

IF IT FEELS LIKE WORK, YOU’RE DOING IT WRONG.

Our culture obsessively directs us toward marriage as a marker of achievement and leaves us there, like, “See ya! Try not to get divorced.” Single Ester was scared of marriage; she thought white picket fence domesticity would be suffocating, and she didn’t want to feel trapped. Married Ester discovered there is no “right” way to be married. Again, the only two people who have to be pleased are the people in the couple. There’s tremendous freedom there.

As a married couple, Ben and I have taken risks — traveled abroad, ridden horses through mountains, shot guns, hiked glaciers — I would have been too scared to try alone. Marriage isn’t, I’ve learned, the end of youth and adventure and excitement; it’s the continuation and channeling of all three, a way to put faith in another person that rewards you with more faith in yourself. And nowadays, when I ride a train, the pressure is off: I can smile at strangers if I want, or I can look out the window and think of everywhere I’ve been and everywhere I have yet to go.