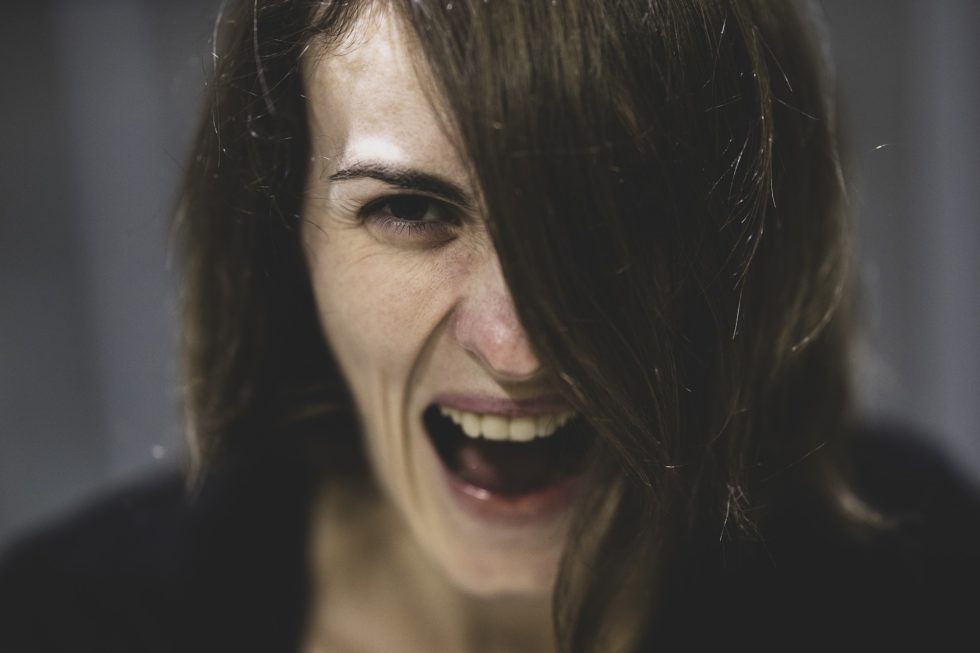 When I first got married, I was a bad fighter. I fought like a child, throwing everything but the kitchen sink (and maybe even the kitchen sink) into the fight so I would win. If I was pissed, all I cared about was being right and hearing from my husband that he was wrong. Not the best way to start a marriage.

I take complete responsibility for my horrible fighting skills. I am an only child, so the only people I ever fought with were my parents and that was pretty much a battle of two against one. I grew up in a very loving family with completely united adults. We fought a ton, but we made up almost immediately. Also, fighting with adults is much different than fighting with peers–I never stood a chance.

I think the way I fought in the beginning of my marriage had something to do with my moderate self-confidence growing up. Although I was popular-ish, I was definitely scared of fights, and there was no way in hell I was ever going to start one—at least, not intentionally.

But one blowup with a girlfriend as an adult and something clicked in my brain. Why was I taking people’s crap? No more! If I was angry, I decided I had just as much right to tell the people I was mad at why they were upsetting me. I’d been told off plenty of times—I’d just never fought back.

I started opening my mouth—not starting fights, but speaking up. At first, I think people were surprised, then they were annoyed. I basically went from taking it to not taking it overnight. And it totally worked as far as I was concerned. Until I got married.

Please know that my husband and I love each other very much, and we have a wonderful marriage. I’d fall apart without him, which I know isn’t a very PC thing to say, yet I’m cool with it. However, our marriage isn’t perfect. I hate couples who try to convince people their marriage is—they must not have bills, get sick, have kids, in-laws, jobs, or anything else that can put stress on a relationship. Must be nice to be them. We are not those people. And while I believe we live a pretty charmed life compared to the rest of the world, we argue, just like the Joneses—whether they admit it or not.

So how did I go from being a nasty you-know-what in a fight to a wife who fights fairly? Like anything else, I worked hard on it. And full disclosure, I did it on my own, sans therapist. Not that I wouldn’t have loved professional help, but between work, kids and life, it’s a luxury I haven’t made time for.

Following some really brutal arguments, I tried to figure out why I felt so mentally exhausted. I realized on my end, that when we fought I had no intention of fixing the problem. I was just being nasty. I was trying to hurt my husband, the person I love the most in the world because I wanted him to feel as awful as I did when we fought. I just hated fighting with him so much, and I wanted him to hate fighting with me, too.

Here’s the crazy thing—he hates fighting with me. Maybe even more than I hate fighting with him. I think I always knew that, but I had a hard time actually believing it. I’m embarrassed to say that it had something to do with my self-confidence, and not fully understanding that he actually loves me as much as I love him, but I’ve come to appreciate it.

I’ve taken it down quite a few notches over the years. Instead of going for the jugular when we fight, I try to focus on the actual issue. I’ve given my husband the right to point out when I bring up something that isn’t on topic. It’s not fair to be mad about everything when I’m really upset about one thing, and I want to be fair. When my husband says he’s sorry, it’s only fair that I accept his sincere apology. And when I know I’m wrong, I always cop to that, too. Despite the stereotype, that’s actually never been an issue for me.

Of course, we still fight like any other couple. But thankfully, our fights are shorter, and because I’ve put some thought into how to fight fairly, it might sound strange, but they’re nicer, too.