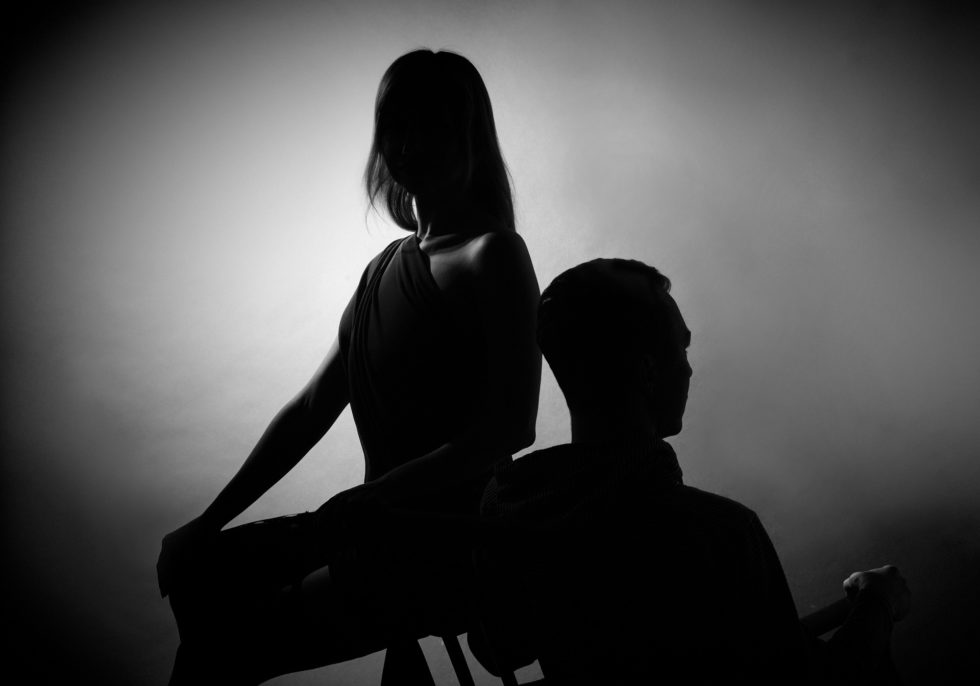 “I think it’s over.” He didn’t argue. And like that we were in some sort of Woody Allen movie about breaking up in couple’s therapy.

I stared at my therapist, sobbing. I knew I was at couple’s therapy to breakup that day. There was no “fixing” anything about this relationship anymore. He was unwilling to commit, and I was unwilling to put up with it anymore. It was done.

We had been together for about a year, when it was suggested that we check out couple’s therapy by another sober couple we knew. This is what sober people do. We don’t just have dramatic fights and walk away, we ask for help and hear other people’s experiences before we throw in the towel. Sounds idyllic, right? Or a pain in the ass and pretentious? I’m not sure myself. All I knew is that I loved this man, and saw the potential we had, but he just kept fighting me on the idea of moving in together. Talking about the possibility of marriage and babies was completely off the table, and moving in together was just one step closer to all the topics that were off limits.

So I asked if he’d consider going to therapy to address these things. He was at least open to that. I thought, “So, great! We’ll get him all fixed up at therapy, and then we’ll move in, and everything will go according to (my) plan.”

When we arrived at the first session, I was terrified. What was going to come out of this? What if this didn’t work? Thoughts and fear flooded my brain as I was walked into the artist’s loft building where our therapist, Janice rented a room. We walked into this bizarrely small and windowless room. It had three chairs, horrible waiting room art, and one brick wall that was directly behind mine and my boyfriend’s chairs. As if we would be doing our own stand up act from the 80s, or better yet on our own episode of Jerry Springer. “He won’t commit! What do I do, Jerry?!?!”

Every Sunday for four months we sat in those chairs trying to have break-throughs, trying to stay present, trying to not look into the future, trying to be happy with where we were as a couple. Yet, it felt like staying “present” was a cop out. Allowing him to continue to be terrified of potentially having a future with me. Taking the action of going to therapy felt like a step in the right direction, and Janice absolutely gave us tools to communicate better, but no amount of couple’s therapy was going to make this guy deal with his fear of intimacy, or his fear of me and what I wanted one day.

To be clear, I’m not the girl who sat around daydreaming about her wedding as a child. I don’t want to be a princess for a day. I honestly don’t even like going to traditional weddings. They make me feel so uncomfortable on so many levels. The idea of my father “giving me away” makes me sick to my stomach. I’m not cattle being traded for property.

I don’t think about my biological clock much or have a whole plan for how I want my adult life to look. I was a drunk and drug addict for years. I loved to party and only dated people that were as unmanageable as I was. For so long these traditional things never had much appeal. But then I got sober, and saw that my life had much more to offer.

I had been sober for a couple years when I met Philip. I had never dated someone so put together. He had a career, his own apartment, he was kind, handsome, and made me laugh so hard. For the first time in my life, I saw that a relationship had the potential to be a real partnership. I wanted to talk about moving in, and marriage, and kids, not because it was expected, but because I could see it with this person. And that was terrifying.

We spent one session after another talking about these fears on both our parts. We also talked of how our childhoods differed and informed our view of the future. He comes from a divorced home. I come from a happily married home. Janice used the brick wall behind us as a metaphor for Philip’s emotional “brick wall,” and how we needed to remove one brick at a time. 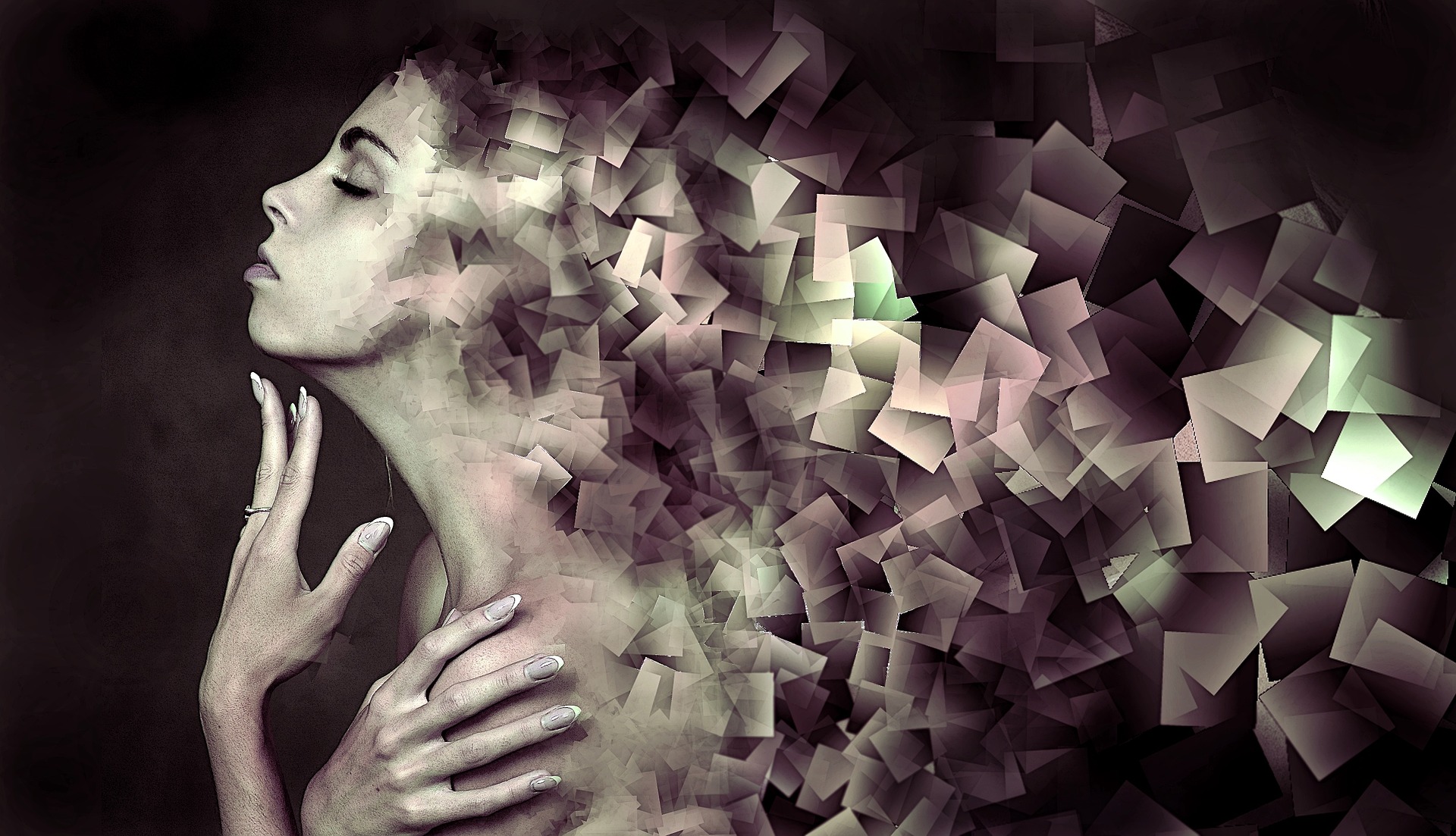 During this time, the fights and the fears seemed to heighten because they were in front of us being discussed constantly. We got into a huge fight the day before what would be our last therapy session. I could feel him being cold and distant, and I called him out on it. His fears, my frustration came spilling out into his apartment. I ran around the apartment as I yelled at him, grabbing everything I could that was mine. I left slamming the door behind me. I knew it was over.

We arrived at couple’s therapy the next morning. I felt sick and hadn’t stopped crying for twenty-four hours. As we took our seats, I started to hyperventilate from crying so hard. Janice helped me moderate my breathing, and through the sobs I muttered, “I think it’s over.” He didn’t argue. And like that we were in some sort of Woody Allen movie about breaking up in couple’s therapy.

Since we both acknowledged there was no fighting it anymore, Janice used the session to help us say our goodbyes. It was completely surreal. We told each other what we learned from one another, and what we learned from the relationship. I had never seen Philip cry once in our relationship, and as he explained through his own form of sobbing that he had never been more intimate with anyone in his whole life, I immediately stopped crying. Even though I was devastated, it was clear if only in that moment that he had let his fears get the best of him. That’s why this relationship was ending.

I don’t regret couple’s therapy. It certainly played a part in my and Philip’s journey and helped us to get to where we are today. We broke up for three months. I had no expectation of getting back together. To me, he was a lost cause and it was over. I used those three months to focus on myself and not be distracted by other men. My usual break up exercise was to date and have sex as much as possible, but this break up felt different.

I turned thirty in the time we were separated, and my career was starting to take off. I felt like a grown-up, and the relationship I had just gotten out of was part of that. I didn’t want to slip back into my old ways. I cried and screamed and went to therapy to get through the heartbreak and realized that I did want to get married and have a kid. What’s so wrong with that?! I am a woman after all. A feminist rebel drug addict, but a woman.

When Philip called me to meet for coffee, I was blind-sided. However, I was more prepared to see him then I realized. I had spent those three months doing an overhaul on my self esteem. I made it quite clear that there was no room for ambiguity. I wanted to be in a relationship with someone who could talk about the future and not freak out. I told him unless he was serious about getting back together with me, not to contact me again.

One week later, he called and asked if I would move in and give it another try. That was almost two years ago. We are doing better than ever, but we never forget the “dark times” as we fondly call it. Without Janice and that brick wall, who knows where we’d be today.