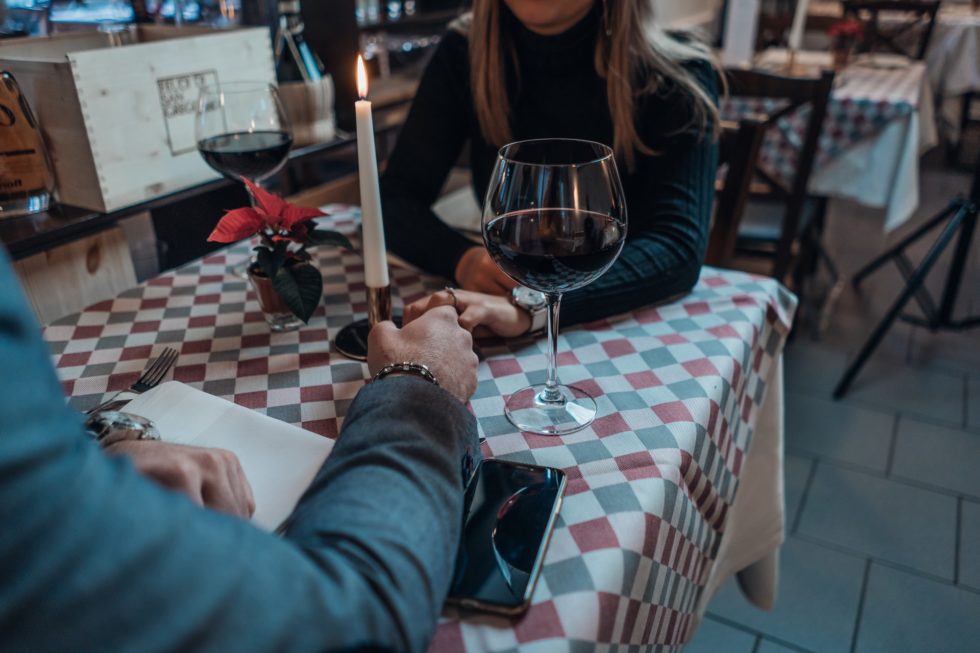 The concept of an ‘egalitarian’ relationship according to feminist thought is down right bizarre in my opinion. I am a crude woman and I just can’t get my mind around it.

I try very hard to avoid nickel and dime people. The price of dinner is always nickels and dimes, I don’t care where it is. If he decided on a place that he cannot afford and he wants you to pay the tab, he is a cad and a very bad negotiator. It also means he will only find success by nickel and dimming everyone. If you like that type, then pay your share!

I don’t know who thought of this egalitarian thing. Who could possibly be convinced that they were abridging their rights and undermining themselves by allowing the date to pay for dinners? I say if they want to pay, let them pay. They have free will and are not catatonic – there must be an awareness of expenses.

The guy who says “I’ll pay so I can play” has told you everything about himself and it is best to stick him with the bill and teach him a lesson so he will not run a cheap charade again.

What good does it do to pay for half the bill? This means you had half a con run on you and as a feminist you should feel better? It is like saying, “well he insulted me and I paid for 50% so now I feel much better. My nickels have protected me!” Or saying, “I bought my equality.”

Equality is not a commodity and I never saw it on the stock exchange. People are not for sale at any price, ever, not even prostitutes. If the feminist thought is so rudimentary and primitive that women feel that if they allow someone to pay for their dinner they are perceived as a whore, paying 50% is encouraging this barbaric ideology. It is supremely offensive for any women to believe that money spent on dates constitutes a lien on her soul or person and it is as ugly as accusing a rape victim of seducing her rapist. No wonder women are still not equal to men financially!

In business, I regularly lavish probable patrons with dinner and treat them like royalty. This formality is expected and it would be an embarrassment to me if I did otherwise. It would reflect poorly on my business. I often spend a lot of money and don’t get a deal, that is all part of the process. It proves that I am capable of handling patrons elegantly and that I am not so desperate that I begrudge them a coke. Do I call my clients and bitterly say “I bought you dinner, now you buy from me!” They would say. “Yeah, where is the contract?” Bad manners kill big deals.

The person who believes that flesh can be exchanged over dinner dates is very confused and unable to think rationally. This is an intangible that is implicitly unenforceable. Sadly you will be sold fool’s gold many times and in many ways, by many opportunistic people if you buy into the ‘egalitarian’ gig.

A man that will come lugubriously knocking on your door wanting some kind of reparation for his nickels is disturbed and should be placed immediately in the stalker category. Rest assured this type of man will hold you under duress for that extra celery stick that you ate even if you paid the whole bill. Why pay and lose cash to boot? Are ‘egalitarian’ women afraid to respond to the comical accusations and demands of a forlorn date? Do they imagine that the law will come get them and put them in hand cuffs for that extra capriccio they ate? All this is a boggy. Do ‘egalitarian’ women really want to be in bed with a man who is thinking that she is a gold digging floozie because she ate the extra clams?

It is easy to see if a bohemian man has no cash. If the women is flush and the guy has no cash and she is turned on and the cash buys a great night for the two of them, then that is great too. Who really cares? And if a man has limited finances, then it is rude to be unaware of that and to yoke him with all the bills. Doing a spreadsheet over a dinner date is tacky and crass!

It is false pride to worry about paying when there is a large financial gap between the individuals. It is important to accept gifts graciously and to focus on who the individual is and not what dollars they bring to the table. Humans have many things to offer each other beside money and to focus on money is to denigrate the far more important things. Some gifts can be much sweeter and much more rare than money. We all desperately need to be seen for who we are and not how much money we have.

A woman with real self esteem does not shame herself with ‘egalitarian’ calculations.