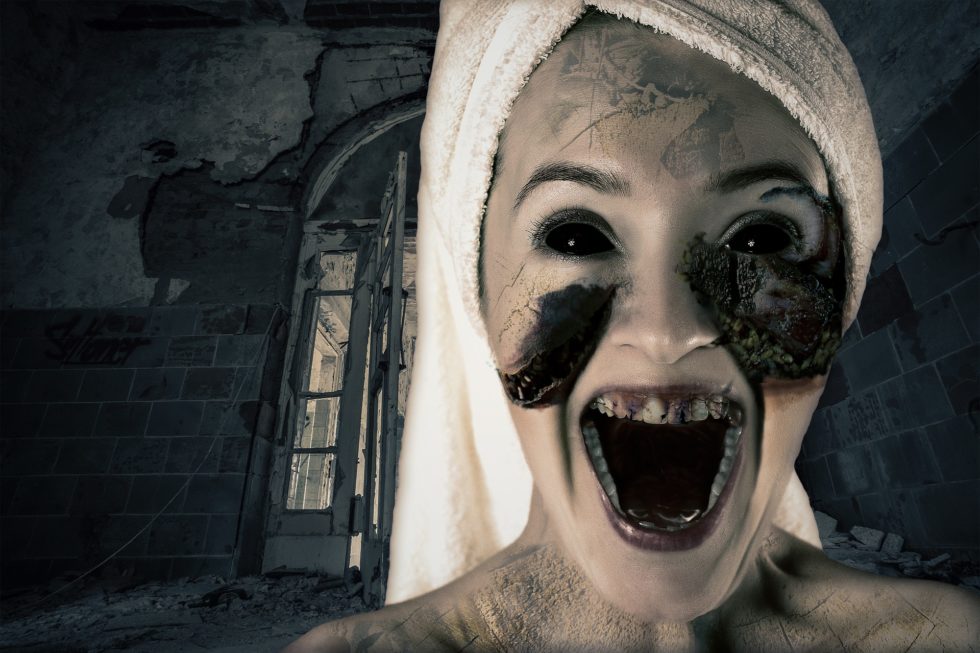 The humanoid across the room shambled toward me with the kind of gait that suggested that he had long ago lost the feeling in his left leg. His jaw hung slack and his eyes rolled blindly in his head as he knocked away the chairs blocking the path to his intended prey. I quickly looked for an exit, but it was too late. The humanoid flopped his carcass onto the barstool next to me and groaned, grunted, and muttered something that I guess it vaguely remembered to be English but sounded to me more like a dying sheep.

I glared at the girlfriend on my opposite side.

“Now we are going to die because you wouldn’t let me bring my ax into the bar!” I snapped, “I told you the Zombie Apocalypse was going to happen at any moment!”

Luckily it turned out that the humanoid moaning and drooling next to me wasn’t one of the reanimated dead, but just a drunk moron. And ironically enough, it was the fact that I was wearing my “Stay Calm and Kill Zombies” shirt, as the pseudo-zombie eventually communicated, that had attracted him to me. Yes, it’s true: guys think that chicks who know about zombies are hot. While it’s always tricky to navigate the male psyche, I think I’ve figured out why, if you’re a chick who likes zombies, guys find you so smokin’.

It Shows That You’re Not Squeamish

Remember that nursery rhyme, “Little Miss Muffet”? The girl who sat on a tuffet and then screamed when a spider showed up? Yeah. Unfortunately, women have been groomed for years to be afraid of creepy and crawly things instead of confronting them. A chick who likes zombies isn’t afraid of a walking corpse, much less a little spider. Instead of running away, a zombie-killing chick is unfazed by any gore and pops a cap in that cannibalistic cadaver. Personally, I think we should read little girls a more empowering version of the nursery rhyme:

“Little Miss Muffet,
Sat on a tuffet,
Eating her curds and whey.
Along shambled a zombie,
All bloody and scabby,
So she grabbed her shotgun and blew his brains away.”

And this is a perfect segue to my next point.

It Shows That You Can Handle Firearms

A gun range mate once confessed to me that he found women who can handle a gun hot because it meant that she could “handle my firepower, nomsayin’?”. (Uh huh. Whatever you say, dude.) Personally, I think it’s because danger is sexy, and what is more terrifying to a guy than a PMS’ing woman holding a lethal weapon who has just discovered that he forgot to put his dirty dishes in the dishwasher again? I am by no means a gun nut, but I’ve fired one enough times that I can hit a target with decent accuracy, so I’m pretty confident that I can take out a lumbering zombie. (Unless they are those hyper-fast zombies like in 28 Days Later, then I’m fucked, because I’m not that good.)

It Shows That You Can Kick Ass

Despite being the “weaker” sex, zombie-killing chicks are ready, willing and able to throw down and kick a zombie’s ass rather than waiting for a guy to save her. A woman who is strong, independent and can take care of herself is uber hot. Zombie-killing chicks don’t wait for a knight in shining armour; they put on their own bite-proof Kevlar, grab their shotguns and do the rescuing themselves. 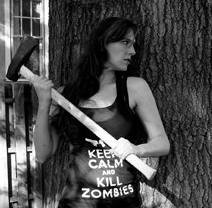 It’s about the confidence. It’s about knowing that you’re so badass that you can even take out something as revolting as a dead person who wants to eat your brains out. One of the messages of this site is that there is nothing sexier than confidence, and it is so true.

Even if zombies aren’t your cuppa though, you can still be bold and fearless. Women fight many unsung battles every day, from getting a teething infant to finally take a nap to disengaging herself from an obnoxious suitor at the bar, so take pride in it. Whether you’re blazing a trail through a horde of the walking dead or through the business world, do so with the assurance that you are awesome and can take on absolutely anything that the world throws at you.

Tell us about your badass self, whether it be killing would-be zombies or bitchin’ bosses. We want to hear how you are bold!