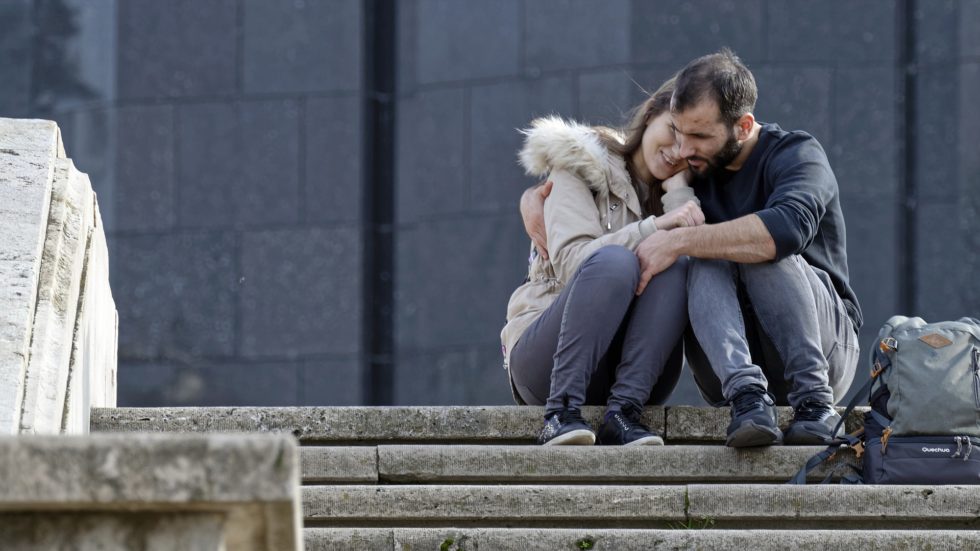 We all know the phrase ‘opposites attract’. But what draws individuals who are extremely different to one another? And can it last?

Think of a jigsaw. Or an old-fashioned set of weighing scales. Experts agree that we’re attracted to the qualities of an ‘opposite’ because they complete us, or balance us. Sort of. We sometimes choose someone that has attributes we’d like to have, so a shy person might fancy the office joker, for example.

On an unconscious level we attract opposites to learn from them. In a relationship, you get the chance to study up close the qualities you’d like, and you might well wind up expressing them yourself. Hands up who’s never developed a taste for new bands or a new hobby because of a boyfriend.

Imagine dating a carbon copy of yourself. Not going to be that thrilling, is it? Two extroverts wanting the limelight all the time. Or a pair of introverts living in their own worlds. Opposites stimulate each other.

Sometimes they stimulate headlines too! Gareth Gates is said to have lost his virginity to Jordan – when she was six months pregnant. And as for Steve Coogan and Courtney Love – what was that all about?!

Suzy Bashford, 28, knows the attractions of dating her opposite. Gregarious, determined and a lover of cheesy music, she met Phil, 30, at a university ball eight years ago. He’s shy, laidback and still refuses to have ABBA on his iPod.

‘I was attracted to his chilled-out, ‘everything-will-always-work-out’ attitude to life, as well as the fact that he has such a positive outlook. He’s been a really good influence on me because before we met I tended to get bogged down by life’s niggly chores. Now he teases me when I take anything too seriously.’

Crucially, Suzy gives as much as she takes. ‘Phil now does a lot more because of me – I love organising things whether it be long bike rides, or going away for the weekend. He’s too chilled to arrange these things himself, but enjoys them when I do.’

But what happens when opposites clash? What can they do to stay together? ‘You need to respect each other’s view. Wanting your partner to agree with you lock, stock, and barrel smacks of control. It’s OK to love one another and still have a difference of opinion,’ says Balbir Chagger, relationship consultant and founder of The Harley Relationship Centre.

Couples often confuse clashes with ‘s/he doesn’t love me’, suggests psychotherapist Joanna Rosenthall of the Tavistock Centre for Couple Relationships. ‘People mistake a relationship difficulty as incompatibility. Lots come to me with the fantasy that they should be the same for it to work.’

In fact, a couple can manage a lot of differences if they respect and listen to each other. It’s when one of you asserts that the other is wrong that troubles appear. Your differences aren’t the problem – it’s the way you treat one another.

‘Don’t give up trying to talk to and understand each other,’ advises Joanna. Be curious about why he does things the way he does rather than putting him down for it. If you still find yourself in a deadlock – acquiesce. ‘Sometimes you have to let go of things you feel are right. Stubbornness in a relationship can be deadly.’

Suzy learnt early on to be flexible. ‘I used to get frustrated that I was always “the organiser” but now I’ve accepted that it’s one of my strengths, and that he brings other important qualities to our relationship. When we have friends round for dinner, for example, he loves doing the cooking, and chatting to people when they wander into the kitchen, whereas I like to entertain in the living room.’

‘Dating an opposite can be like the jigsaw puzzle pieces fitting together for love, harmony, fun and personal growth,’ confirms Balbir.

For all their differences, opposites in successful relationships will almost always share core values – respect, trust, fidelity, attitude to money etc. Family, for example, is very important to Suzy and Phil. As is honesty, and sport – both those they practise alone, and the ones they love doing together.

Suzy wishes she hadn’t bothered agonising over the differences between her and Phil. Friends at university used to express concerns about whether they would ‘work’ socially, which made her wonder whether the relationship was doomed.

‘Now I know you can learn so much from someone who’s not like you. It opens you both up to new experiences and perspectives. As long as you agree on the big issues, then being different can really enhance your relationship. And your life,’ says Suzy.

Do:
Remember what you first felt – the excitement and the newness
Keep an open attitude to your differences. What can you learn from one another?
Really listen to one another. Express yourselves as often as possible/feels right

Don’t:
Don’t attack him for being different or say he’s wrong. This is tantamount to bullying. Put yourself in his shoes…
Don’t constantly try to change him. One of you will end up in tears
Try to resist thinking that the initial ‘he’s so perfect’ period will last. Sooner or later some of the differences that first attracted you to him will begin to grate. That’s when you need to keep a check on your attitude
Don’t date someone completely different as a knee-jerk reaction to a past partner