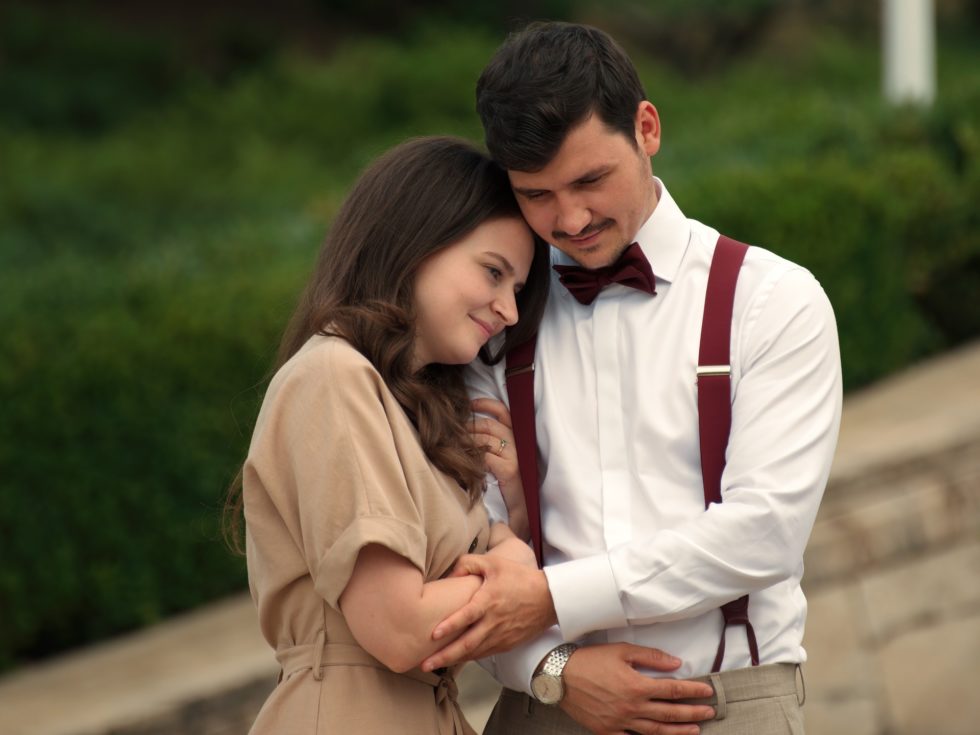 Discontent is a dirty word. Thanks to an unending barrage of adverts depicting smiling, laughing couples, and the Hollywood machine churning out one rom-com after another, we’re constantly being presented with ideals of ‘perfection’. But can any of us honestly admit our love lives are as perfect and wonderful as the characters’ on the silver screen? Hardly. And would any of us admit it? Probably not.

But we can’t blame this on Hollywood entirely. If you’re bored in your long-term relationship, just seeing your newly loved-up mate glowing with happiness can lead you down a dark and murky path of self-questioning: ‘Why isn’t my bloke that romantic? Is he even right for me?’ Or if you’re single, your friends in long-term relationships – where there are hugs on tap and plans with parents – can leave you feeling lonely and unloved. Yet behind closed doors, those very friends may well be bored to tears with their familiar routine. This is ‘Grass is Greener’ syndrome, and unfortunately, it’s human nature.

“It’s instinctive for women to want to feel we are with the best possible mate”, says Kate Taylor, resident relationship expert. “We have so much choice in our lives today that we can get confused and look to our friends for reassurance or direction. We think, ‘Is she happier that me? Should I be following her path? Would that make me happier?’

But as Kate notes, it’s easy to only look at the bright side of our friends’ lives. Lucy, a 24 year-old administrator, says that she became disenchanted with her own relationship after continually comparing it to her best mate’s seemingly blissful love-life. “Every weekend with my boyfriend was the same. We’d go to the pub, then maybe shopping. Sometimes we’d have friends over. All the while my friend would tell me all about the overblown romantic gestures her bloke had made, and all the wonderful places he had taken her, and I started to think that perhaps my boyfriend wasn’t the one for me. Surely if he really loved me he’d be doing the same things?”

In the end, Lucy and her boyfriend split up, and Lucy admits that she’d rather have stayed with her boyfriend as they were than be single now: “I thought being single would give me the thrill of thinking that ‘the right one’ might be around the corner, but instead I just miss what I had.”

Conversely, it’s easy to see why couples can fall foul of the same thinking about their single mates – there’s more approval to be had from the opposite sex when you’re single, you get chatted up more and you flirt more than people in relationships do. “Hearing singleton’s tales of wild weekends can make previously blissful couples feel like their youth is passing them by,” says Kate. “‘I should be having wild-romps on yachts! Not spending the weekend comparing paint charts!'”. And this thinking can cause you to pick fights with your man, partly out of discontent – you focus purely on the negative – but partly, Kate says, because you might feel you have ‘nothing to lose’ because if you split up, you’d be single again, which might be what you actually want. But of course, says Kate, “Singletons rarely admit to having long lonely weekends in front of the TV with only a bag of Doritos for company. Couples hear a skewed version of events.”

So how can we find a happy balance? If we’re constantly eyeing up everyone else’s love lives, what chance do we have at ever being satisfied?

While feelings of envy can be potentially destructive (as was the case with Lucy), Kate believes it can be helpful and motivational, providing it jolts you into realising you need to make a change. “Every time you find yourself feeling envious of someone, dig down until you find what it is you wish you were doing, and do it! Envy can be a brilliant barometer of your secret yearnings, and you can use it as a catalyst to help you make some positive changes in your own life.”

Of course, this isn’t to say you should ditch your boyfriend in pursuit of a hedonistic single life, or jump into a relationship with the first willing fella that comes along. It means taking the time to identify what your needs really are, and making sure that each is being fulfilled in a way that balances out with the others.

Remember life is not a film

Even the most realistic chick flicks can paint a very rose-tinted picture of relationships. Remember that as you’re sat in the cinema seething because your boyfriend would never stand in the rain for hours / fight a swarm of village banditos/sacrifice his Xbox for you, every other girl there is thinking the same.

Remember that everybody rows

Yes, during those wonderful heady stages of a new relationship, it’s all pleases and thank yous and utmost consideration. But as a couple settle into comfortable familiarity, bickering over whose turn it is to cook can overtake those whispered sweet nothings. This is the natural progression of relationships, and just because John and Sally look like love personified when they’re out in public, it doesn’t mean they don’t also argue about wet towels left on the bed.

Remember why you are where you are

If you’re single, be patient: “There’s someone out there for everyone”, says Kate. So enjoy the ‘me-time’ you have while you wait for that someone – really get to know yourself before sharing your life with someone else. If you’re coupled-up, it’s because there was something about your bloke that attracted you to him when you met. Focus on that and do things together that remind you of why you fell for each other in the first place. Of course, if you’re really unhappy, it may well be time to join the single ranks, but make sure you’re doing it for the right reasons, and not because you’ve got unrealistic ideas about love.