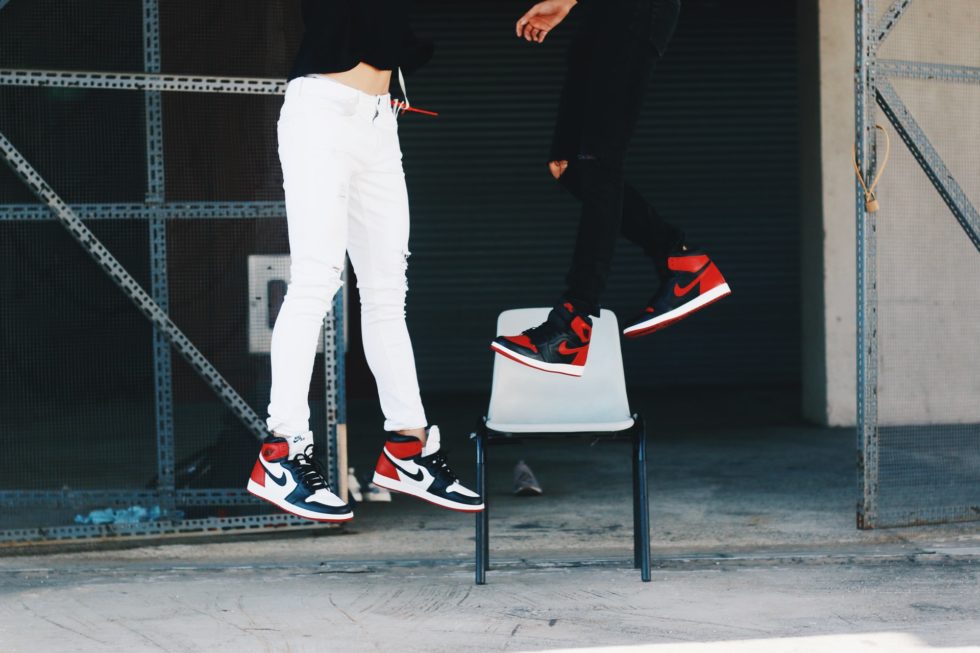 “I’m down to earth!” Well congratulations on recognizing the undisputed role of gravity. Glad you could participate. Everyone is down to earth. Desiring that quality in a mate is essentially saying you’ll date “anyone”. A person who isn’t “down to earth” is dead, which means they are “in the earth”. I prefer to be down to earth honestly. Then again, if you jump on a trampoline, now you are in the air, which means “up in the earth”. Too many directional options we have related to the Earth experience. 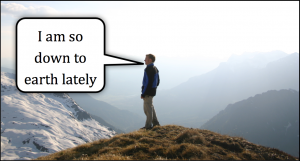 Sir Isaac Newton formulated the theory of gravity by witnessing an apple falling to earth and proclaiming, “A directional pull on two bodies, with each force attracting each other. The larger mass (earth) pulling the smaller object (apple).” He probably followed that up with, “If the apple can be down to earth, by golly, mankind shall be as well!”

Announcing the desire to be with someone “down to earth” means at some point an awful relationship had to exist with someone who could levitate. It had to, otherwise where was this cliché born? 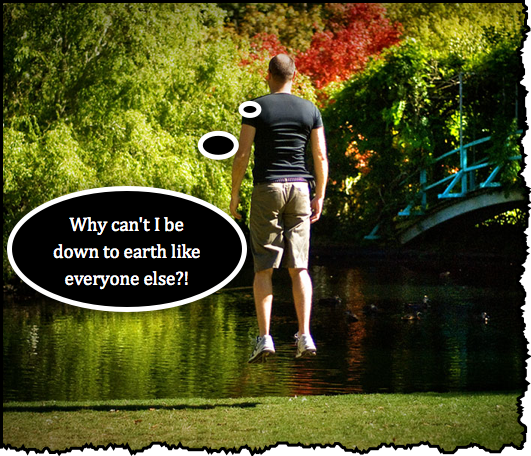 Years ago there was a frustrated woman yelling at her boyfriend, “Listen Abraham, you do some great things and you’re a helluva shepherd. We’ve had our good times and bad times, but dammit…you have to stop levitating. I need a man down to earth. Get back down here. I’m tired of you being two to three feet off the ground on occasion. I’m not looking for that.”

“She would be an awesome girlfriend if I could just get her down to earth. So much potential.”

I don’t want someone “down to earth”, it’s boring. That’s like me. I want someone hovering in the sky with an attitude saying “I’m up from Neptune”, then does something amazing and flies away. I would think about her everyday, but instead I’ll have to settle for some easy going partner who is “down to earth” like all other home sapiens.

Gravity is the force of attraction. One object pulls on another. The same works for online dating. One person says, “I want someone down to earth” on a dating profile, which attracts another person. These people date, make “down to earth” babies, and live happily ever after in a Gingerbread house. 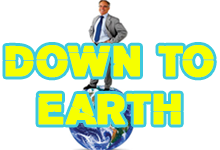 The last girl I went out with said she wanted someone down to earth. I told her we wouldn’t be a good match because I’m out of this world….HELLO!

Lesson: Let’s try to desire someone different from us, not “down to earth”, someone who can make us feel like we are on another planet. This is how we evolve and grow to be into someone amazing. If we constantly date people like us, then we remain the same type of person. Safety isn’t interesting, it just keeps you safe. Growth is when you let go.