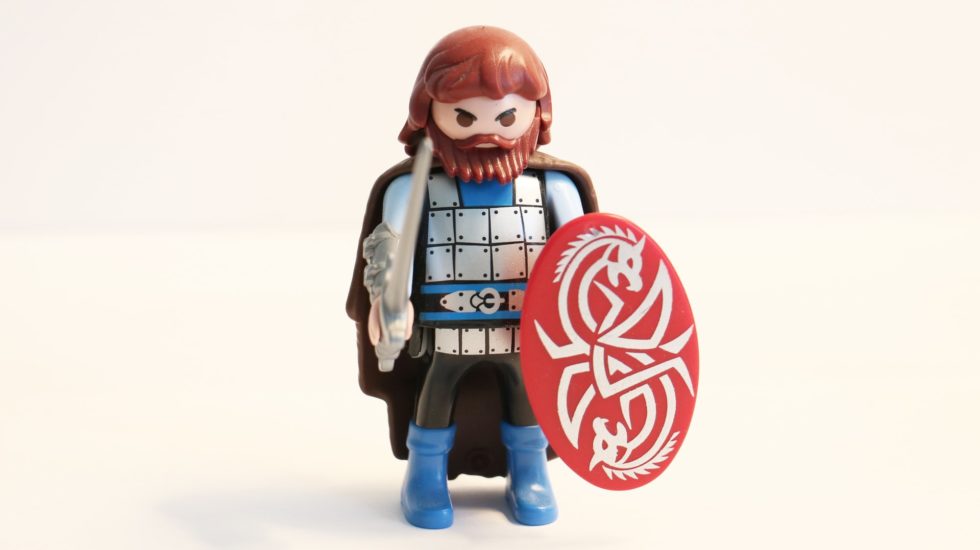 A knight in armor sounds like a lame dude. You want to date someone on a horse wearing body armor all day? How are you going to kiss a dude wearing a face plate? It takes him forever to take off all his armor.

The dream for all women is to meet their knight in shining armor. He will ride up on a beautiful horse from the green hills below, sun setting behind him, and will give you the love you’ve always wanted in life. I already see the first problem- dude is on a horse. Ladies, he’s got no car? No date. There is no reason to be riding around on a damn horse when you can get a 2003 or 2004 Honda Civic for really cheap. Where’s a guy on a horse going to take you? Probably to the river so his horse can drink some water. That horse will be tired lugging people around all day when you should be in a car any-damn-how. 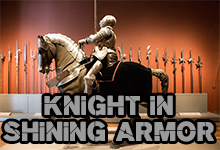 A man showing up on a horse isn’t romantic. He’s just poor. We got cars now. We don’t even need horses. Tell him to get a car so you can make out in the backseat other couples. It’s hard to kiss and make out on a horse. You start going at it, kissing and touching, then the horse decides to take a giant crap while you are both lip-locked on his leather saddle. You get disgusted from the smell, throw up all over the horse, then he throws you off and leaves you right there at the Pizza Hut.

Don’t piss a horse off. You won’t have a ride home.

Let’s say your knight in shining armor shows up and he’s all you’ve ever wanted. You want to kiss and make-out with him. I hope you have 2-3 hours to wait so he can take off all that armor. Unless you want a tongue full of metal you’ll need to give Robocop 20 minutes to take off his battle helmet. Find something to do as he figures out where to put his chest protector. 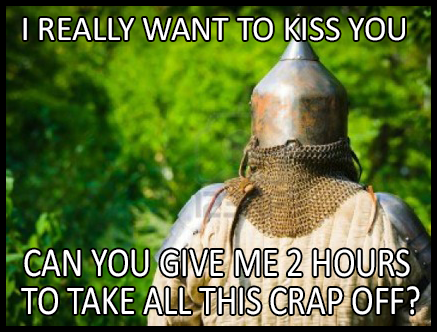 Maybe you should re-think wanting to be with a knight in shining armor? I’m sure he’s always wearing it, “Can we go to IKEA?” you say, and he’s like, “Sure, give me 2 hours to put on my armor.” You get upset and disappointed, but he convinces you the Russians might attack at any point so he needs his armor on at all time. Now you both walk around IKEA, you deal with all the crazy looks as your knight looks for people to joust in the Home Furnishings section. You are beginning to think a knight in shining armor may not be for you. Maybe a “Cop in a shiny vest” is a better look. You’d be lying if you didn’t admit to some doubt was setting in, especially after the IKEA incident.

Also, for a woman to desire a knight in “shining” armor means at one point a knight showed up, but his armor gleam wasn’t satisfactory. I can see some lady in the medieval period saying, “You look like a great knight. Your posture is nice on that horse. I like your armor; I do…what year is that helmet? 1439? Great year. I like it, but your armor just isn’t shiny enough for me. I need to be able to see myself in your thigh plates. My ex-boyfriend looked like a diamond on top of a horse. I really like your jousting stick and all that, you seem like you could protect me, but come back when you get some shine on that armor.” 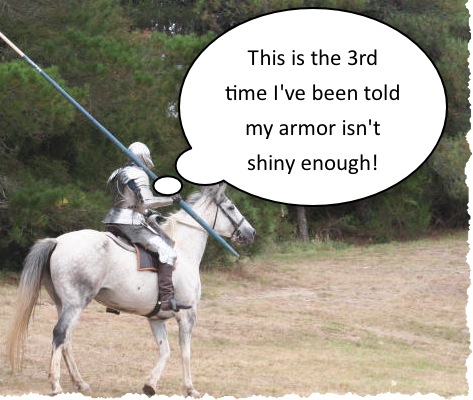 I think I know why the knights died out: their armor was too shiny. Easy to find when you look like a land constellation. The enemy says, “I see the knights about 3 miles that way. They are the ones glistening out in the meadow like lightning bugs. We can catapult and kill them all by sunset.”

Maybe if the knights would have learned to dull up their armor they could have survived longer.

So ladies do you really want a knight in shining armor? At the end of the day you’ll be stuck in the middle of nowhere while he’s taking off his armor, or trying to make it ‘more shining’ for you. When he finally gets it all off, you realize you aren’t attracted. What do you do now? You get on his horse, and get away as fast as you can.He won’t be able to catch you…he’ll have to put his armor on first.