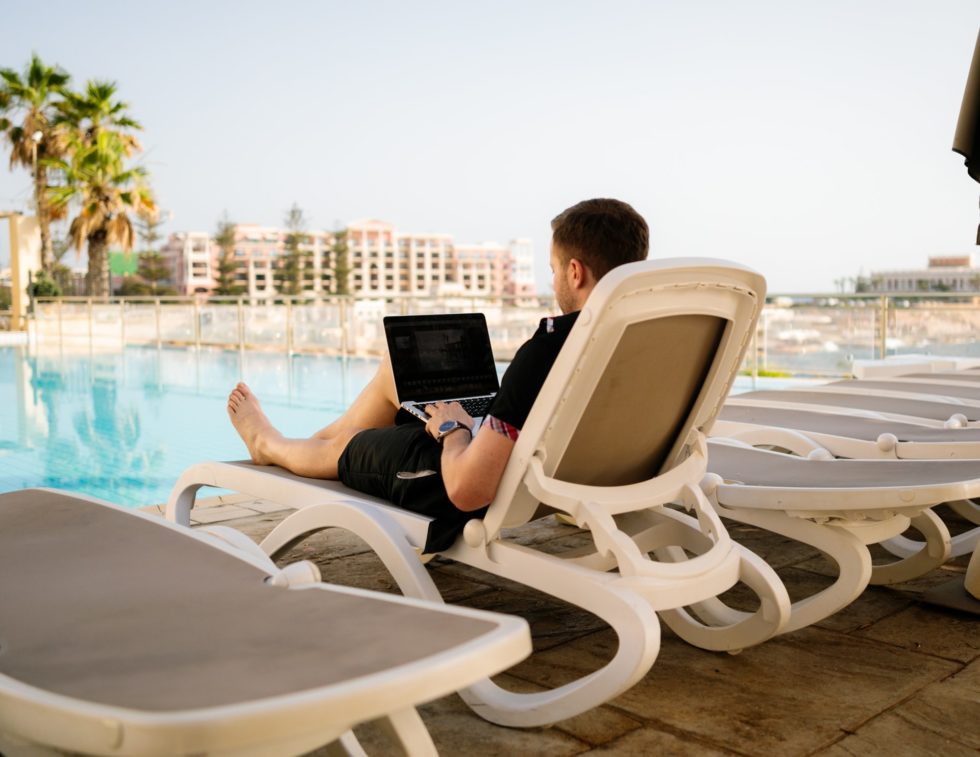 Let’s blow this joint, right? And we mean that in the most appropriate of ways. You may have decided to leave the country and settle in South America, the U.K., China, or Australia. It doesn’t matter where, because you have now embraced the idea of being an expatriate — until you decide to move back to the U.S. of A., that is. Once you are “over there”, there are a few ways to blend in and live it up with style. Yes, there are rules to follow. Take heed, Sailor.

By ‘their ways’, we are talking about the locals in your new country. The foods they enjoy, their fashion sense (or lack thereof), and the places they frequent. You have opted to live there for a reason, so indulge. Shopping the way they shop, participating in the local events, karaoke-ing the way they karaoke, and not making fun of their religions are just a few keys to blending in. You don’t necessarily have to go to the extreme of fitting in, but make a solid effort. That way they won’t hate you and thus might make your life a little easier.

This is kind of a good opportunity for you to become someone else.  Like, start from scratch and stop being a giant loser. In the US, you may have been John Smith, tire salesman from Kansas. Now you can be Sam Mercury, astronaut that helped launch the Space Station and once bedded Drew Barrymore and Angelina Jolie.  At the same time. Of course, don’t create a new you that is above your means of pretending, but use this chance to be all you wish you could kinda’ be. In some places in the world, they actually don’t hate us and think Americans are cool. Use that to your advantage and don’t embarrass the rest of us. Please.

Do: Claim you were headed for a successful career in the NBA before you blew your knee out.

Nothing is more annoying than that certain foreign person who lives next door and refuses to adopt the ways of their new country. Yeah, you know the type. So don’t be that guy. We’re pretty sure you will research your new country to a certain degree since you are actually moving there, but go beyond the usual local government, restaurants, real estate, and MapQuest fun. Dig into the country’s history, learn about their industries, and dive into their art scene. Learn what makes your new home unique in this crazy, crazy place we call Earth. Learn it and love it. Your new neighbors will appreciate you doing your homework and probably not try to run you over your first week in town.

Do: Google the hell out of everything about your new home.

The real estate situation here at home is a train wreck — at least that’s what someone who watches the news told us. However, the real estate game in some countries is not so bleak and you can get a palace-ish spot for a decent price. Obviously, go for a place that suits your needs — you know, extra rooms to house the help and the hookers — and don’t just get something flashy for the sake of flashiness. If a condo is more your speed, search for one that has access to some great local food, bars, and businesses you can walk to. If you want land and a big house, throw your net a little wider and see what’s on the market. You’ll likely be happy with what you can get.

Do: Rent if the market isn’t right for you.

Don’t: Have wind chimes. They’re creepy no matter what country you are in.

It’s all about the nightlife! At least that’s our philosophy. Search out the hot clubs, bars, restaurants, coffee houses, and luxury travel companionship. You will be able to rub elbows with the locals and make more friends than just trying to hook up with strangers on Facebook/Instagram/Twitter. These spots can also include parks, markets,  malls, or bath houses…or other places where people actually hang out. We’re not suggesting you be that creepy guy who hits all the haunts and starts up random conversations every five minutes, but putting yourself in these places will give you ample opportunities to have others strike up random conversations with you. Call it a strategy.

Do: Hit them all to find out which places you want to frequent.

Don’t: Try to dance like them. That’ll just be embarrassing.

Start working on this before you move. If English is not the first language of the country to which you are moving, get your nose in a book or take some classes. Learn the language of your new home so you can at least order a sandwich without just pointing at the menu like a moron. If English is the language of your new home, you will still need to do some work. Not everything means the same in those countries as they do here. Example: if someone says this in the U.K, it doesn’t mean the same thing as it does here. Trust us.

Do: Make sure you know the difference between “you’re very beautiful” and “you’re a whore.”

Don’t: Speak to them in a fake accent. That doesn’t make you easier to understand.

Bring Something to the Table

There is an epidemic among Americans. We think that we are smarter, better, and above anyone from another country. This, unfortunately, is quite false. Aside from this, you do want to still bring something to your new country. And no, we’re not talking about your 27” TV and socks your mom gave you for Christmas in 1998. We’re talking about bringing something enlightening about your original country to your new place. The locals will be interested in learning about your American ways, so treat them to that — but without being annoying about it. They probably don’t need to hear about how cool your local Applebee’s was, but they might want to hear about how sweet it was to live in the country that produced Joe Francis.