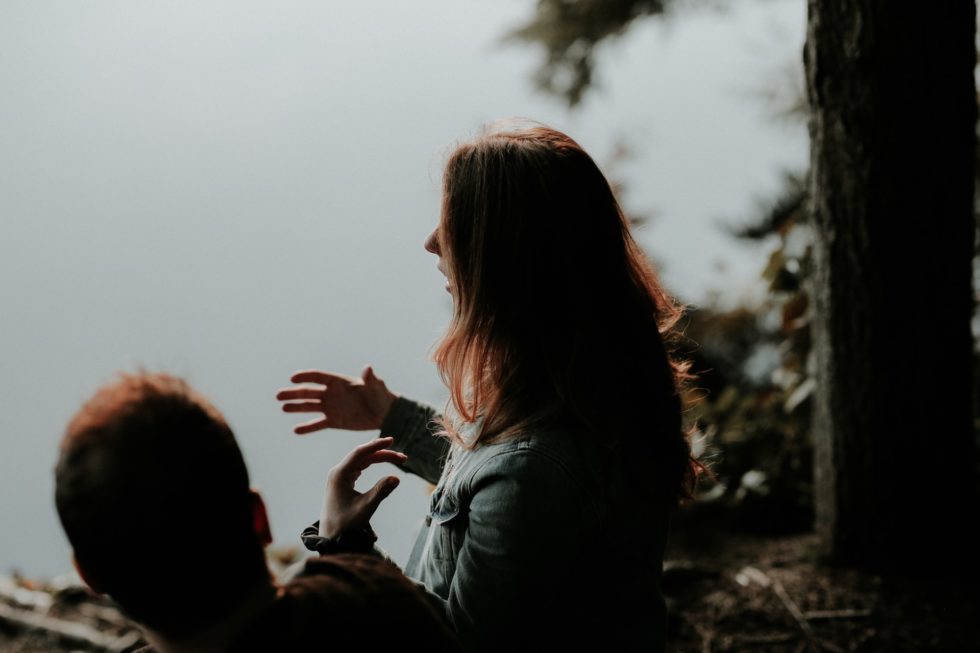 Let’s talk about the sense of Hearing.

Sound can be very powerful: waves crashing on the shore, leaves crunching under your feet, children laughing, a slot machine that just hit the jackpot. Some sounds relax us, some annoy us, and some seduce us like a compliment from our lover or his whisper or moan.

Here are some basic dos and don’ts to keep in mind.

Compliment him. But don’t overdo it. If he looks good, tell him. If he’s talented at something, let him know you are impressed.

Speak his language. Talk about current events, sports, work, hobbies and anything else you are both interested in.

Laugh at his jokes. It’s music to man’s ears.

Listen to your own voice on a recording. Yes, it’s frightening but necessary. You’ll hear where you need improvement. Do you speak too fast, is your tone uneven, do you pepper in “Umm”, “Like…”, or overdo words like “Actually” too often.

Use one of Jackie O’s tricks. She would speak soft and low so her gentlemen friends would have to lean in closer to hear her. A favorite of mine on romantic dates or anytime you want a seductive effect.

Say “Thank-you” often and sincerely. Men desire your appreciation and respect more than anything else.

Ask “Would you…” instead of “Could you…” It’s a small thing to us, but the difference between the two is not overlooked by men. They hear “Could you…” as doubt in their abilities.

Don’t talk about your horoscope, past lives, inner child, therapist, or past boyfriends. Save it for your girlfriends.

Don’t insult the restaurant that he chose. (if it was horrible, be honest or he won’t trust your sincerity. Say “the service was bad but the company was great.” But only if he brings it up first.)

Don’t use “feeling” words. Men understand phrases such as: “Objectively speaking…”, “What’s Logical to me is…”, “I believe…”, “Here’s my take on the situation…”

Don’t unload the news of the day, details of your shopping spree, problems with the kids, or work concerns the minute he walks through the door. Men need to unwind and shift gears. Give him at least a half hour… then, leave out everything you can analyze with your girlfriends. He doesn’t need or want to hear about the argument you had with your sister or about the latest office shenanigans.

Don’t keep asking him “what’s wrong?” If you sense something is wrong but he doesn’t want to talk about it let him know you are there if wants to talk later and let it go. Men don’t need to analyze five ways till Sunday every lousy feeling they have.

Don’t keep nagging him to do a chore. Ask him once and trust it will get done. When you keep nagging, it makes him want to do it less because he feels emasculated by mommy.

Don’t tease him or criticize him in public – EVER! The male ego may be large and you may think it needs to be brought down a peg or two with lighthearted teasing at his expense but Ladies, the male ego is the most fragile thing in the world. Build him up to others, don’t tear him down.

Don’t try to be one of the guys by telling off color jokes, talking too much or too loud and being “the funny girl”. You are set apart, ladylike, always a little mysterious. He doesn’t need to know every thought you have the moment you have it.