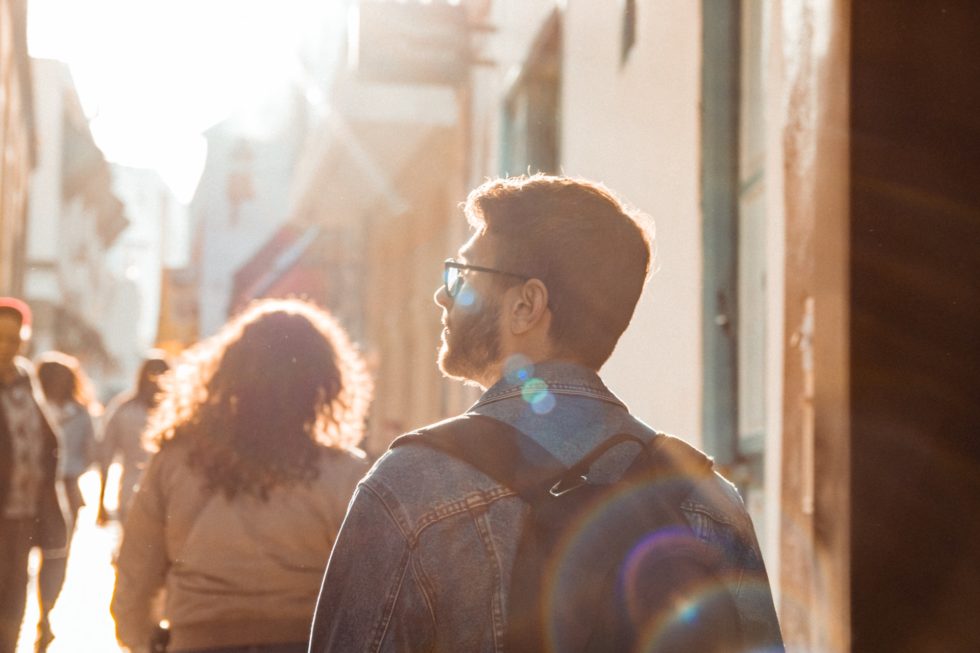 “Forgiveness is the key that can unshackle us from a past that will not rest in the grave of things over and done with. As long as our minds are captive to the memory of having been wronged, they are not free to wish for reconciliation with the one who wronged us.” Lewis B. Smedes.

For over 20 years I carried a grudge, an anger closer to hatred of my own mother. I felt totally justified and was utterly convinced I had the right to express openly this anger against what I believed was my mother’s absence and lack of caring, love or any motherly feelings toward me since the death of my father. In fact I drew my strength from these things to carry on with my life.

Only a few close friends knew about it and even when I started doing my relaxation studies I never thought this issue had anything to do with my search for mental harmony and the frustration of not being able to reach it completely.

My incessant moving around this planet from one country to another brought me personal and material satisfaction but left me with an empty feeling. Like a potted tree that hasn’t yet found mother earth’s ground in which to thrive.

When I decided to come back to Canada five years ago, little did I know that it would be the beginning of a journey which would take me back in time and reunite me with my mother.

My sister had arranged for us to meet and although I wasn’t too keen to do so, I accepted. I was tense, arrogant and disagreeable when we met. As my mother tried to kiss me I pulled back and simply offered my hand for a handshake.

Her first words stayed engraved in my mind and heart for the days to come when she said, “All that I want is to ask if you could forgive me for not being the mother I wish I could have been, my son, I am so sorry…”

We met again a few days later and we talked openly about our pains, hurts, sorrows and expectations. It was the first time I saw my mother as a woman and as a human being; not from a child’s point of view.

My father’s untimely passing away at thirty two left a beautiful young widow of twenty six years old with four children, the youngest 25 days old to take care of, several cattle ranches and a retail business in a male- oriented society. Having only an aging father and a younger sister in Brazil, she was alone and against all odds, she succeeded in raising her family.

Compassion and understanding gave me the strength not only to forgive her, but to forgive myself for the senseless pain I inflicted myself and the guilt it carries with it.

We became very close again, and slowly the whole family seemed to come closer and closer. I soon found out that forgiveness is a positive energy that spreads much quicker than I thought. I have nephews, nieces, and cousins that are now an integral positive part of my life. A new route was opening on my path and the writing of Dream Your Life Positively came a year after.

A well documented site on this subject is “A Campaign for Forgiveness Research”* where I found some important examples cited here.

Each time we witness an act of forgiveness, we marvel at its power to heal, to break a seemingly unending cycle of pain. Forgiveness is something virtually all Americans aspire to. In a Gallup poll nationwide survey, 94% said it was important to forgive, but it is not something we frequently offer. (In the same survey, only 48% said they usually tried to forgive others.) Perhaps this is because forgiveness is something we don’t fully understand, or we associate forgiveness with weakness as Friedrich Nietzsche did.

Some view forgiveness as an almost saintly quality that blesses only the very special and most certainly cannot be learned. In fact, the opposite is true, forgiveness is a sign of strength.

Research conducted at the University of Wisconsin in 1997 indicates forgiveness can be taught, with positive results.

I told a friend of mine that if she wanted to find a healthier source of strength after her separation from an abusive husband, she must forgive him before she could find her own way to happiness.

“After what I have been through with that bastard? When hell freezes over…” was her answer.

I suggested she try the three affirmations below for a few weeks and see if she still felt the same way.

– I am good, compassionate and I now have the strength to forgive.
After two weeks of affirmations she told me that the most difficult thing was to think of him and all the bad incidents. The pain, despair and guilt would come back but she now understood that she wanted to be able to forgive and in her prayers she asked God to help her to forgive.

– I deserve to be happy and successful.

– I am now ready to receive more love, support and wealth from the vast supply of the universe.

I knew then she had found her path.

Forgiving is not condoning; hurtful actions have consequences. Yet couples who communicate forgiveness may hold the key to stable marriages. What makes some marriages last a lifetime, while others falter and fall apart?

According to Professor Douglas Kelley of Arizona State University West, the key to long-term conjugal bliss may be in how well a couple communicates forgiveness. “These days the notion of equality, an eye for an eye, is prominent,” says Kelley. “That makes forgiveness counter-intuitive – but at the same time, a lot of people who don’t call themselves religious or spiritual are forgiving one another. Is it because they sense that they will reap the benefits of forgiving for years to come, or is there some other motive?”

In the end, Kelley hopes that embracing and communicating forgiveness can provide a sense of well-being and stability for couples living in an increasingly stressed society.

Forgiving doesn’t change what has passed, neither does it justify or make it all right. It allows you to focus on your life from a pain free emotional state. The past no longer makes you cringe, cry or swear. Forgiveness simply helps you to let go of that negative baggage and makes a place for all the positive things you wish to have.

I know a lot of people who after a lover’s break up or a friend’s betrayal have vowed “I will never let anyone hurt me like that again.” It is quite justifiable, it is your survival instinct, a protective shield taking over, but be careful that this shield will also prevent you from connecting with new people and eventually making new friends. This is negative living, and most people are not even aware of it. Forgiveness is letting go of that negative emotional baggage and starting on a new path stronger than before.

It is very difficult, I know, to accept the fact that someone you loved and trusted, who has betrayed and stabbed you in the back, deserves your forgiveness.

When I lost a best friend of 25 years to what I thought was petty gossip, I was devastated and questioned the sincerity of her friendship all those years.

After forgiving her I can now look back and laugh at the good moments we had together. Sincerity is no longer a question, my love for her is the same, but I no longer need to see, speak or interact with her. Our roads just took different directions, that’s all.

Make an assessment of the people in your life, and the ones who are gone. What are your feelings about them? Is there someone you feel “I dislike (or hate) that SOB” either for personal reasons or because of malicious gossip? Or is there someone you distanced from and in your book is unforgivable? You are carrying some heavy negative emotional baggage. Get rid of it AS SOON AS POSSIBLE if you want the good energy of positive living to reach you.

An important, well documented and proven factor is that your anger, hurt and pain not only will affect the way you communicate with others, but eventually will exclude you from social contact. Your self worth is constantly being questioned and if you don’t take action it will eventually break down.

“Forgiveness allows one to overcome a situation that would otherwise be a major source of stress, both mentally and neurobiological. Forgiveness is thought to dramatically change the individual’s biological homeostatic equilibrium. He will assess the neurobiological response associated with forgiveness and unforgiving-ness.” Study of the Brain Functional Correlates of Forgiveness in Humans -Pietro Pietrini, M.D., Ph.D., Pisa – Italy.

Forgiveness benefits both, but you the most, because you left the negative baggage behind. You are now ready to receive the positive force, energy, love, wealth and success the universe has in store for you.

The other person doesn’t even need to know, it is irrelevant. Neither do you have to bring that person into your life or closer circle any more. What matters is your thoughts and therefore your actions. If it is clean, clear and positive, so will your life, your friends and your future be.

From a decade-old grudge against the third-grade bully to deep-seated rage against a cheating spouse, millions of Americans harbor long-term grievances. Dr. Carl Thoresen, a professor at Stanford University, and his colleague, Dr. Fred Luskin, are exploring whether the unresolved anger that blights many people’s lives can be alleviated with the help of an age-old concept: forgiveness.

Together, the pair launched a comprehensive research project: The Stanford Forgiveness Study. Thoresen and Luskin hope the impact of their work will be preventative as well as therapeutic. “It’s our hope that family and school violence, including shootings, road rage, gang violence and workplace conflict will be diminished – if not avoided – if more people understand the role that forgiveness can play in interpersonal relations,” says Thoresen, “It takes courage and commitment to act in a more forgiving fashion. It’s not at all a sign of weakness but a mark of strength.”

Dr. Carl Thoresen is a professor of Education, Psychology and Psychiatry at Stanford University. Dr. Fred Luskin is a research associate at the Stanford Center for Research in Disease Prevention.

Ton Pascal is a self thought , self help advocate and author. His Dream Your Life Positively is a beautiful guide to visualization and meditation. He believes that the times we are facing in our world require a more spiritual approach to our everyday lives.