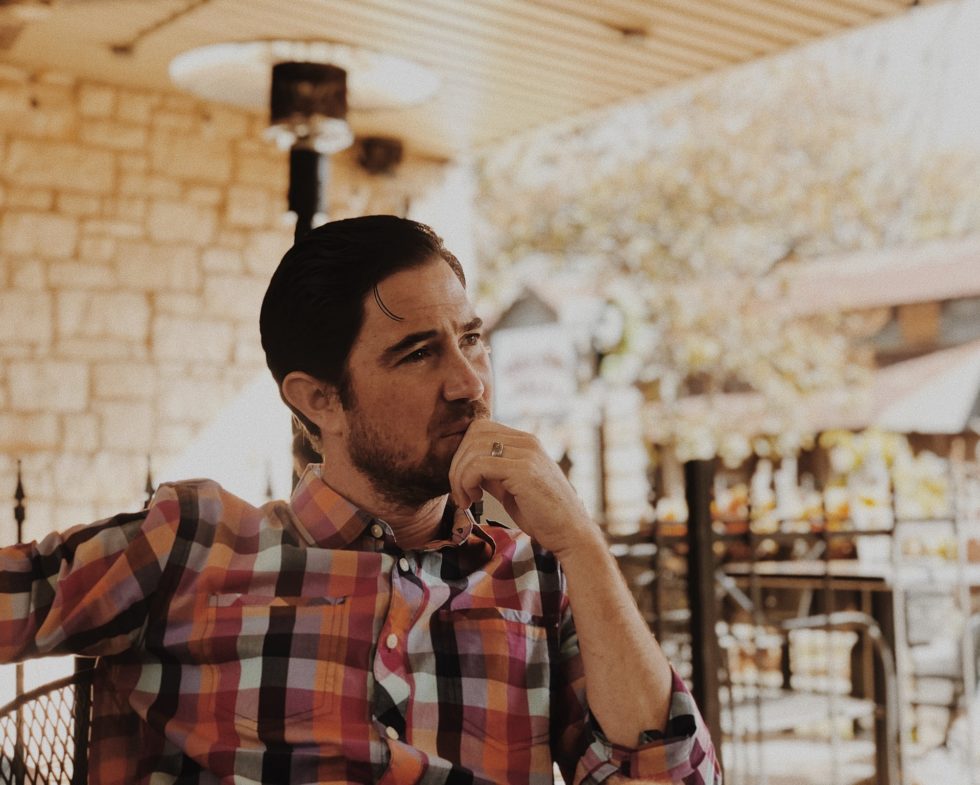 It’s a fact: we’ve all been dumped.

And anyone who says it doesn’t matter how it happens hasn’t, say, learned a relationship was over when the guy updated his Friendster “Who I Want to Meet” section with qualities you most definitely don’t possess. I know I’m dating myself here, but it’s true. I have never had a knowledge of fine wine or fluency in Spanish—skills that a guy I was dating announced he very much wanted in a woman on a now-abandoned social media site. Even more charming? When I called him to inquire about this update, he flew into a rage and ended things.

After sex, many women can feel like they’re at their most vulnerable. In other words, a post-coital break-up is among the worst ideas that exist.

Of course, he’s not the only guy to dump a gal in a terrible way. But after speaking to a selection of daters, I’ve determined the five worst ways to do the deed. They are:

Sure, it sounds like fun, but it’s arguably the most damaging to the psyche of the woman. And yet it goes on. “I was dating a girl who didn’t want to be exclusive with me and so I decided I wanted revenge—or more like I just wanted to be able to provoke some strong emotion out of her,” confesses Jonathan, 26. “Her best friend had always had a crush on me, and she didn’t know that I was seeing her, so I slept with the best friend and then waited for her to break the news.” Result? The first girl reached out, called him every name in the book and demanded to know why he’d done what he had done. “I know it isn’t healthy, but I finally got the emotions that I wanted out of her,” he says now. “Still, it was a terrible thing to do.”

After sex, many women can feel like they’re at their most vulnerable. In other words, a post-coital break-up is among the worst ideas that exist. Jane, 33, lived to tell the tale. “My boyfriend and I had just had sex and I suddenly found myself telling him I loved him,” she recalls. “He responded, ‘I just don’t feel that way.’ I went, ‘We just had sex! Are you kidding?’ And all he responded with was, ‘I just don’t know what to say.’” Years later, Jane got involved with this guy again—“I really thought I loved him”—and he dumped her yet again. But hey, on the upside, at least it wasn’t after sex!

Just sort of ceasing to participate in the relationship is also high on the list of how cowards escape, and I think we’ve all been guilty of it at one time or another. Aaron, 35, just quit returning the phone calls of a girl he’d been dating for a few months “once I got tired of her attitude.” When the girl found out Aaron was seeing someone else, she called him, devastated. “It wasn’t fair to her,” Aaron says now. “And we lived in the same small college town so every time I ran into her—which was all the time—she wanted to talk about it.” 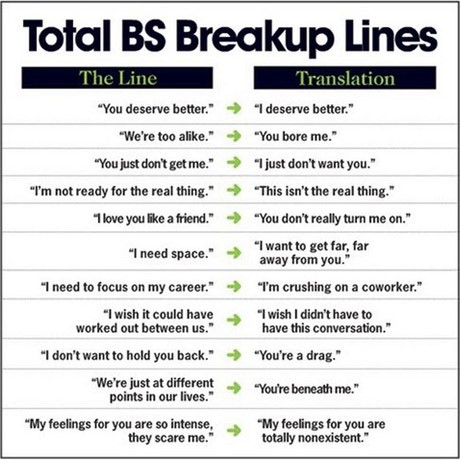 What do these lame lines have in common? They’re still better than the stuff in this story!

Breaking up can be a battle of egos, especially when the egos involved are fragile. Rebecca, 36, learned this the hard way when for six months she dated a guy with whom she argued with all the time. “I tried and tried to make it work but then finally sat him down and said, ‘I think you and I both know this just isn’t working,’ ” she says. “He convinced me to keep trying to work things out and promised things would be different. The next day I called him to make a plan and he said, ‘You know, let’s not date anymore.’ I guess he just wanted to be the one to do it?”

When a couple is passionate, breaking up, having make-up sex and doing it all over again can be a way of life. But for some, one snap can mean the end. “I went to dinner with a girl I’d been dating for two months and she snapped her fingers at our waiter,” recalls Brian, 28. “When we got to her house afterwards, I said, ‘If you could do that to someone, you have no place around me so please don’t call me again.’ And then I drove off.” While Brian has no regrets—“She deserved it,” he says—as the recipient of an angry rejection (see intro), I still believe it’s better to make the break when you’re not pissed off.