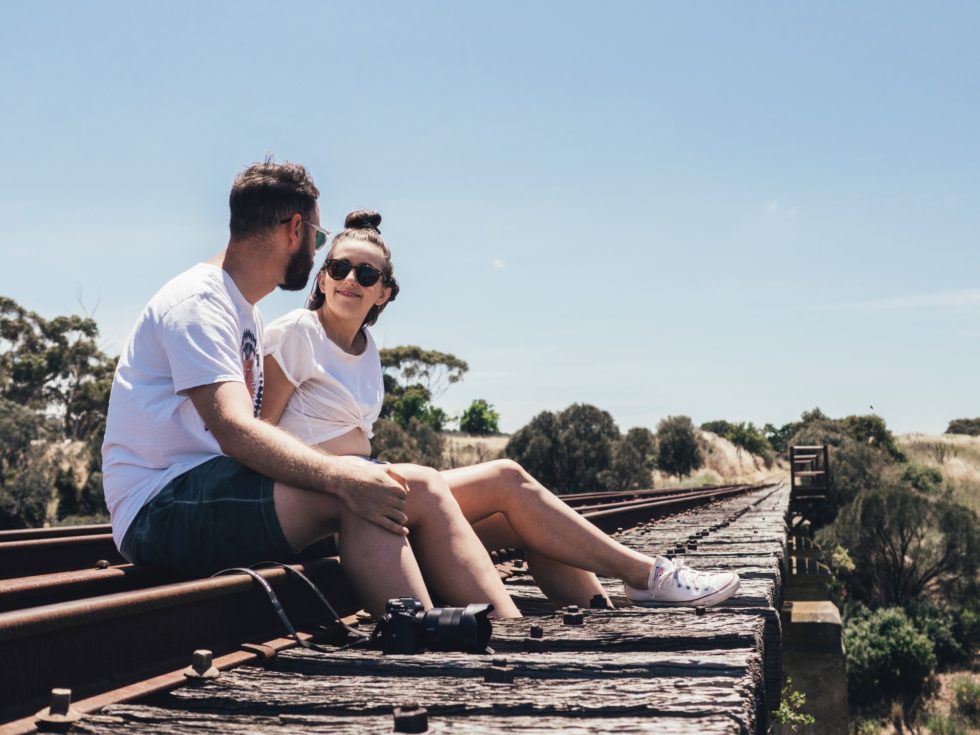 Doing the long-distance thing used to be mad difficult. Even as recently as the mid-20th century, women used to have to get pregnant just to have something to remind them of husbands who had gone off to fight the good fight overseas, while the menfolk were left with naught but faded photos and moonshine-soaked memories to remind them of the female companionship they so desperately craved. These days, trans-zip code lovin’ isn’t necessarily easy, but information superhighways (and real superhighways, for that matter) have made things – in theory – considerably less frustrating. There are, however, some rules of the road that you should review before embarking on this overwhelming and confusing journey.

Don’t: Assume phone calls are the only way to communicate.

All too often, a well-meaning gent misses vital communication opportunities because he assumes that his lady only wants to hear from him when he has time for a two-hour phone call. This is a falsehood. No one has time for two-hour phone calls these days; with BBMing and pinging and txting and carrier pigeons, talking on the phone is for chumps, son. And doesn’t it seem to defeat the purpose of ‘staying in touch’ to ignore someone for weeks simply because you don’t have time for a marathon chatfest (Hint: It does)? In fact, it reminds me of an old chestnut I tend to call upon in these types of situations: “it’s like cutting off your nose to spite your face.” You might think it doesn’t make sense, but trust me. It does.

The rate of success in long-distance relationships is directly proportional to the level of communication achieved, so if you’re going to rely solely on your land line to sustain your relationship, then you might as well just send a breakup letter by pony express and start looking for a new girlfriend in the personal ads of your local newspaper. Don’t forsake the 1,000 ways to get in touch afforded by modern technology in favor of such an outdated method of communication as bi-weekly phone call. Your paramour doesn’t want to steal your free time, she just wants to hear that (1) you’re alive and (2) she’s on your mind, so in between your lengthier communiqués, shoot her a one-line email whenever you’re thinking about her, text her funny things that happen to you, or, if you must, call her when you know she won’t pick up and leave silly messages. As with most things, it’s a lot easier than you think.

Do: Figure out what her communication preferences are.

Some people don’t even know what Gchat is. (I know, right? It’s ludicrous.) To this end, do not assume that the object of your affection is capable of or interested in engaging in the same types of insta-communication as you are until you’ve actually discussed it. Even if her screen name shows up on your chat list (some people don’t realize they’ve been signed in to AIM since 1997), even if she sometimes responds to your text messages (some people don’t realize they’re being charged $2.75 for every outgoing text they send), and even if she writes on your wall four times in a row (some people only remember the existence of social networking when eavesdropping on their coworkers’ conversations), there is no guarantee that her messaging habits are anywhere in line with your preferences.

Case in point: if you wrongfully assume that she’s a BBM-aholic, then you run the risk of being disappointed when she reads your message and doesn’t respond right away. If, however, you start by casually asking her what she thinks of BBMing, then you might discover that she doesn’t know how to respond without deleting the original message. You then win, because you’ve sussed out some useful information about her, AND you get to teach her something, thereby demonstrating how smart, capable and awesome (read: fuckable) you are.

Don’t: Overdo it with the emoticons.

I pity the fool who punctuates every single sentiment he ever has with a “  ” or a “  ” (especially the latter, as all I can think about when I see it is how doofy the guy on the other end must look, which is not what I’d imagine he wants me thinking while he’s trying to put the moves on me from 3,000 miles away). Or “ :$ ”. Really, who came up with that? What is its purpose on this earth? Emoticons are the internet equivalent of laughing nervously and fiddling with whatever’s in your pockets to avoid looking directly at your date. It makes you look uncomfortable, which in turn makes you undesirable. Lame city, boys.

Now, I will admit that I enjoy a well-placed emoticon, especially when employed in an ironic-yet-sincere fashion, and we all respect the fact that sometimes you just need that happy little smiley to get your point across. Just cut yourself off after, let’s say, three, lest you become that emoti-crazy guy we make fun of to our friends over cosmos.