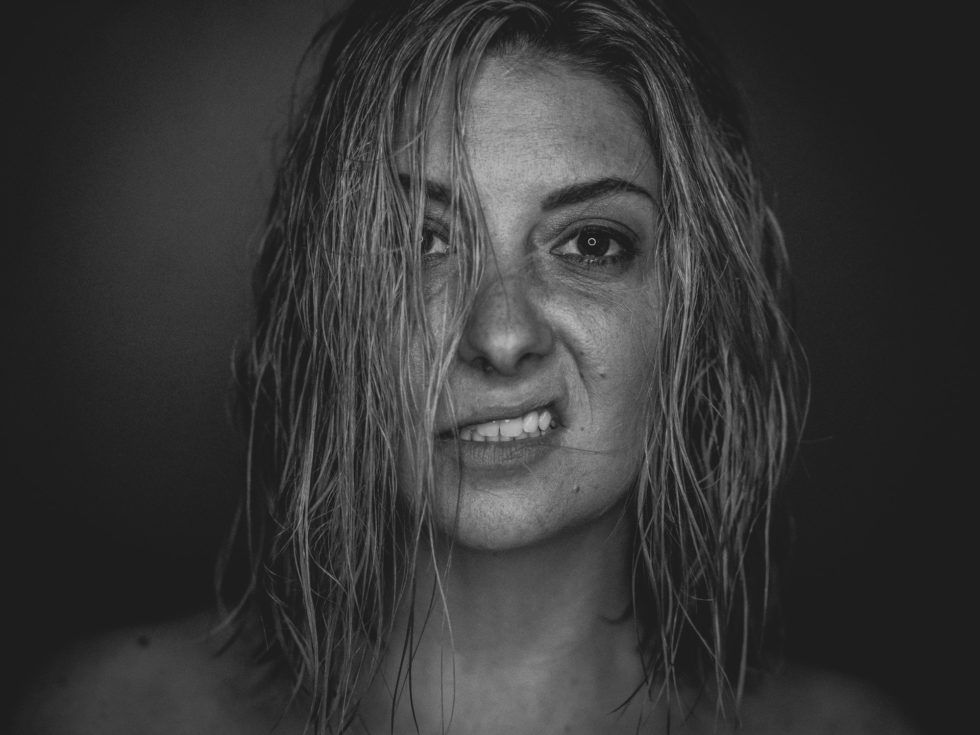 You mean well, we know. But every now and again you throw us a chauvinistic curveball and we might pitch it back where you’re not wearing a cup.

Maybe you think the things you say are not offensive at all, just common sense. In truth, your questions are common but not sensical.

So in an effort to spare everyone some unnecessary pain, here are 10 things we women never want to hear again—and why.

Age is just a number, like the size of your penis. And as I said earlier, we’re either into it or we’re not, and we don’t ask questions.

10. “We’re both adults. Don’t you know how to let loose, have some fun?”
This question remains unsurpassed if your intent is for her to leave. If, however, your intent is to incite some sort of revelation within us, do better. Perhaps my idea of having some fun is not necessarily having some of you at the moment. Suggesting that’s somehow un-adult-like of me is suggesting that I’m childish. You’re condescending and, trust me, no epiphany resulting in some action for you will come of that.

9. “Why are you wearing ___? I like natural girls.”
Fill in the blank with anything. Don’t ask me about my skincare products, my makeup, my false eyelashes, my hair extensions. I started using them long before I met you, because I like them. Just think, at one point in your life, a teenaged Danielle Fishel or Tiffani Thiessen poster garnished your wall. Guess what? They used products too. And hate to break it to you, but Beyoncé never woke up like that. Her hair is fake, too. So here’s a revelation for you: You just think you like natural girls.

8. “What’s your cup size?”
This is typically followed by, “Are they real?” or a desperate justification like, “Well, you’re wearing your boobs out.” Sometimes you guys almost give yourselves a backhanded compliment along the lines of, “Classy women reserve them for men who deserve to see.” Here are my thoughts: Rarely does a woman ask a man about the circumference or length of his penis. We’re either into it or we’re not, it’s rude to ask and you’re going to lie anyway because now we’ve made you insecure. We don’t “wear” our boobs out; they are biologically stuck to our chests regardless of the tops we wear. And, while we live in a culture that commodifies sexuality, our bodies aren’t prizes to be won by those deemed worthy.

7. “Why would you go alone? Aren’t you scared you’re going to get raped or something?”
You just made me cringe. And you won’t redeem yourself by saying, “Well, a girl like you…” Explicit example: I backpack solo. I do it often. A girl like me is very much capable because a girl like me did it. She did it often. That girl was me. If we let the fear of rape consume us, we wouldn’t go grocery shopping after dusk either. Plus, there’s something just a little off about casually mentioning rape, amiright?

5. “How are you still single?”
We know what you’re trying to say, and we know that where you’re coming from isn’t remotely offensive; in fact, it’s sweet. And maybe I’m single because things like this bother me more than most, or I just have awful game or because I squirm too much at the sight of guys pulling tendons from Alaskan King Crab legs. Or maybe I’m single because I chose to be single. Being single doesn’t mean I have some intrinsic defect you’ve yet to unearth. Why are you single? Maybe because you keep asking that question.

4. “Why are you so dressed up?”
A simple, “You look nice,” would really suffice. If you choose to wear your paint-stained scrunch sweatpants and college T-shirt printed with a personified Red Solo cup, that’s your own prerogative. Yes, that was a vast generalization. But the point is, you do you and let me do me.

3. “You actually meet guys on Tinder?”
Seldom is this question asked of a man. Questioning why women actually go on Tinder dates, or Happn dates, or Hinge dates or OkCupid dates—you know, the sole purpose of dating apps—has deeply-rooted implications. (Read: slut-shaming.) But you can spend all your money on a rando you never intend to meet again, and that’s rational. And that rando was a woman on a Tinder date… with you. Isn’t it weird how that works out?

2. “You’re too pretty to be a ___. Why don’t you do ___?”
I’ve hear “writer” and “TV,” respectively. While I’m flattered, being physically attractive and being in a particular profession are often mutually exclusive. I gave myself over to free labor interning for the past four years and lost a wealth of sleep hours that I’ll never get back to graduate with top honors in writing. I worked hard to get where I am, so next time just say, “Wow, you’re pretty and a writer. Jackpot.” I’m only half kidding.

1. “So you like to rock the cradle?”
I tend to prefer older dates; I presume they have more stability in their lives than I do. But sometimes women like to rock the cradle—within legal limits. Why is it OK that you guys date girls who were nine years old when you were packing up for college, but weird for us to date anyone merely months younger? Age is just a number, like the size of your penis. And as I said earlier, we’re either into it or we’re not, and we don’t ask questions.