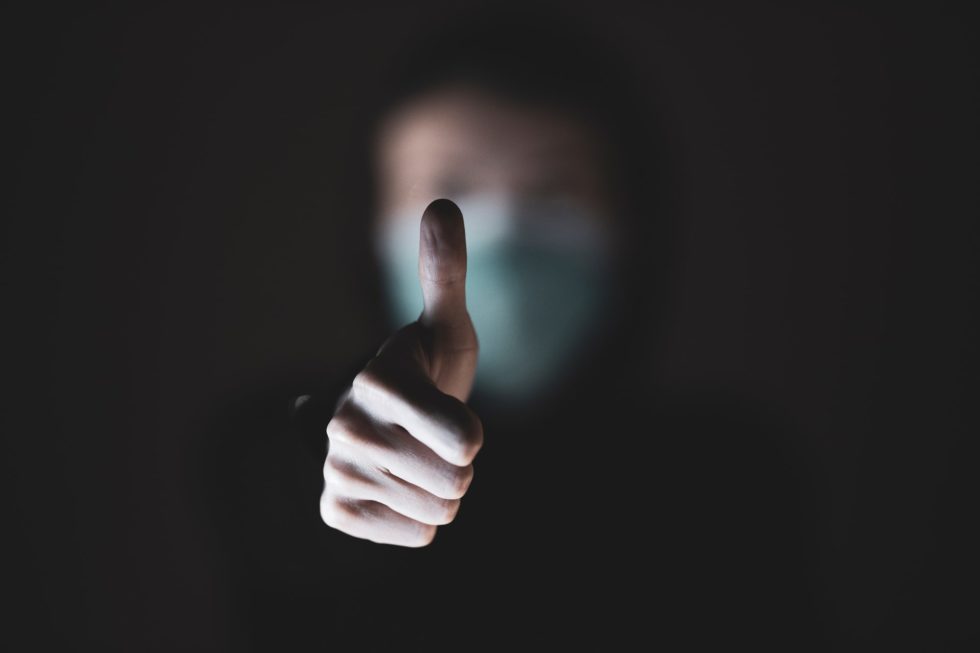 So you’ve been hearing a lot about pick up artists and the seduction community lately, but have no idea who these people are. Here I present to you, in no particular order, the world’s best pick up artists.

The star of VH1′s reality show, The Pick Up Artist, Mystery is a long time member of the seduction community and is known for his systematic method for picking up women. Mystery came onto the scene in direct opposition to the Speed Seduction hypnosis style of game that was popular at the time. He developed an indirect style where the pickup artist would move from various stages of attraction, comfort and seduction called The Mystery Method. This method became the basis for many of today’s seduction models and has been used by Mystery to train many of today’s best pick-up artists.

A rising star in the seduction community, BradP is famous for his fearless attitude and unique concepts on creating a sexual identity. His concepts on seductive fashion and sexy stereotyping is one of Brad’s key areas of expertise. He has also been consistently pushing the envelope in advancing new ideas in attracting women. As Brad’s skills and knowledge continue to improve it is likely he will be THE best pick-up artist within the next few years.

DeAngelo aslo known as Eben Pagan has been around since the beginning of the seduction community and was one of the first to start offering seminars.  DeAngelo’s concept of Cocky and Funny has been a basic principle in seduction since the start and combined with his marketing skills, he is largely credited with kick starting the modern seduction industry.

Hailed as the king of the un-naturals. Neil Strauss catapulted to the top of the seduction community after the release of his best selling book The Game: Penetrating the Secret Society of Pickup Artists

. In the book, Strauss chronicles his journey from an average frustrated chump to one of the world’s best pick-up artists. Though Style was mainly a student of Mystery he became skilled at learning and combining the methods of many of the top seducers, essentially becoming the Bruce Lee of seduction.

A main character and also controversial figure in The Game, Tyler Durden became renown for his analytic breakdown of seduction in his posts on popular seduction message boards. After a falling out with Mystery and Style, Tyler Durden went on to found his own company Real Social Dynamics. Now Tyler and his crew have evolved from the old ways of Mystery’s teachings and to a new natural transformation style of teaching and seduction.

The head of the leading European seduction company, PUA Training, Gambler’s reputation as a top pick-up artist has been growing by leaps and bounds. Like Style, he has trained with many of the world’s best seducers to become well versed in all areas of pickup. He uses tried and true seduction fundamentals as the basis of his teachings yet supplements them with new cutting edge techniques resulting in a powerful system of attracting beautiful women.

Known as Mystery’s wingman on VH1′s The Pick Up Artist, Matador has a cocky yet suave style of seduction, known for quickly swooping under the radar to seduce beautiful women while simultaneously having Mystery’s back.

The owner of the Insider Internet Dating system, Dave M’s specialty is seducing women over internet dating sites. Through years of experimentation; trial and error; and hundreds of dates achieved through sites like Match.com and Facebook Dave has become an expert in this niche area of seduction.

Juggler, originally a comedian is one of the community’s top proponents of direct natural game. He has amassed a large following and coached many great pick-up artists such as Johnny Savior, SocialHitchhiker, and Dimitri using his easy going charismatic style of seduction. He has also been featured in the UK’s reality show Seduction School which aired in 2006 and runs his own company called Charisma Arts.

Known for his deadly direct style of game, Gunwitch came into the community with a completely different style of seduction which didn’t use routines, hypnosis, or any other type of indirect pickup. Gunwitch Method is simple at it’s core, utilizing the pick-up artist’s own “sexual state” to induce the desire for sex in the women you’re trying to attract. The method, though simple is not for the faint of heart and usually involves a little more rejection than most pickup artists are used to, however, used correctly can be an extremely powerful tool in any seducer’s arsenal.

The supposed inspiration for the character Frank T.J. Mackey in the movie Magnolia, Ross Jeffries is the founder of Speed Seduction. Jeffries uses a hypnosis type of strategy to seduce women. Using techniques such as Neuro Linguistic Programming (NLP), he can not only change his own state of seduction but his target’s as well.

Not to be confused with Sin from The Game, Sinn is a former top coach for Love Systems and has since branched off to coach for himself; evolving to a more advanced natural style of seduction. Sinn has been known to be confrontational in terms of calling out the abilities of other pick up artists and is currently at an all out war with Neil Strauss. And though he is not afraid to be frank about his opinions, Sinn consistently offers up some of the best advice and insights into seduction at his blog: Sinns of Attraction.

A relative newcomer to the seduction community, Mehow has quickly risen to the ranks of the top pick-up artists in the last few years. A student of Mystery’s, Mehow has been refining his own unique style of seduction. He is also known for his amazing hidden camera pick-up videos that are now spreading throughout the Internet.

Owner of Dicarlo DiClassified, Vin’s known area of specialty is in kino (kinesthetics). His focus is to seduce women through the power of touch. Through DiCarlo’s years of experience in attracting and seducing women he has developed a comprehensive system of attraction called the DiCarlo Escalation Ladder in which he uses kino in a series of steps to unlock a woman’s attraction switches.

Founder of Pickup 101, one of the top dating coach companies in the country, Lance and Pickup 101 focus on natural and inner game. Mason and his crew are big believers in transforming the overall individual into leading an attractive life. They are also one of the few pick-up companies that specialize in day game seduction.

Though he doesn’t believe in “picking up women” Wygant is a big proponent of natural game. His focus is teaching men that in order to succeed with women that they need to lead interesting lives, become interesting people and be friendly with everyone. Wygant believes in always living in the moment and enjoying life because in the end it’s all about being happy.

A former student of Mystery’s and recently voted the world’s best Asian pick-up artist, Asian Playboy has developed his own method called the ABC’s of attraction. His focus is on dispelling the limiting beliefs of attraction in Asians and coaches many minorities on how to seduce beautiful women. His most recent research involves the concept of beginner’s hell.

David Shade’s focus isn’t so much on how to pick-up women but on how to please them in the bedroom. His concept of seduction is to simply be amazing in bed, give women many orgasms and turn yourself into a sex god. The concept is simple, keep the women happy in bed and you’ll never be alone again.

Another proponent of natural game and leading an attractive lifestyle is Zan. Charming, elegant and romantic, Zan subscribes to the notion that all women are beautiful. His thoughts on the community is that there is too much emphasis on the “us” vs “them” mentality. He’d much rather have men focus on natural state and becoming a man who loves women, because, “a man who likes women is liked by women.” Visit Enlightened Seduction

A newcomer to the seduction community, Cory’s focus is on seductive eye contact. His company, Bad Boy With a Heart, is making big splashes with it’s simple and unique seduction method. Cory doesn’t teach you how to pick-up women, he teaches you how to get women to pick you up! He completely throws out the routines manual and puts major emphasis on body language and eye contact through what he calls “eye game.”

A long standing member of the seduction community, SwinggCat is most known for his concept of Prizing in which the pick-up artist places a high value on himself. By seeing oneself as the prize rather than placing other people on a pedestal you can become more attractive. SwinggCat also consistently makes Thundercat’s yearly Top Ten Pick-up Artist list, coming in at number 1 for 2006.

A character in The Game and an original member of Project Hollywood, Stephen Nash has been billed as the real life Hitch. Nash’s company, Cutting Edge Image Consulting, focuses not just on picking up women but a style that is natural and holistic and can be used to lead healthy balanced lifestyle.

Former top coach for the Pickup 101 company and student of Lance Mason, Sean has quickly risen the ranks of seducers to transform himself into one of the best. With his new venture Sean has set out to teach men about having long lasting relationships with the women they love. He takes the emphasis out of bedding many women with nothing to show to having a really amazing relationship with just one woman.

Another top coach for The Love Systems company, Captain Jack is most known for his ability to get same night lays (not to be confused with one night stands). His techniques are quick and powerful and has the ability to go from approaching to the bedroom in minutes.

A student of Mystery and Style, Thundercat, became most known through his popular and sometimes controversial blog, Thundercat’s Seduction Lair. His area of expertise is in the crucial fist step of approaching. His popular ebook Art of Approaching, became an instant favorite of aspiring pickup artists with it’s comprehensive breakdown on every newbie’s first stumbling block of approaching women.

[Disclaimer: I have not met any of the above mentioned pick up artists nor their companies. The information provided above was gathered from the general perception of the seduction community. For this reason Loveawake (TM) does not endorse any one particular pick-up artist, method, or company over another.]