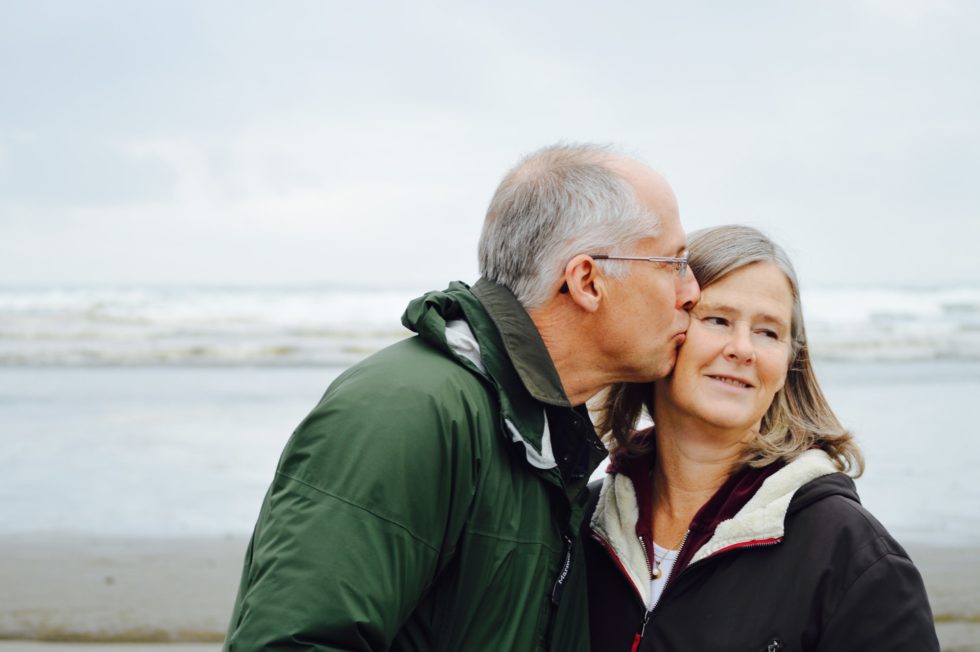 I’m a boomer guy in my later sixties, and I’ve addressed aging, as have most of my fellow boomers. What I know with certainty, and I mentioned in the New York Times article, is that an older guy who dyes his hair just looks silly. Even someone with Coke bottle glasses will immediately notice your foolish attempt to look youthful.

So what can a boomer guy to be attractive to women?

My suggestions are based on twenty-five years working with men in groups, two decades of dating in between several relationships, and tens of thousands of comments on my articles about sex, dating, and relationships in The Huffington Post.

While men don’t fret about hair as much as women, Donald Trump’s comb-over must require a team of weavers, albeit with questionable results. It’s been suggested his hair is actually an animal of sorts that sits on his head. My point is that what’s so obvious in terms of hiding reality is also the least effective.

The Key To Sexy

What is far more effective, and would even help chubby Donald appear younger and more attractive, is getting into shape. A bald man who’s in shape is automatically appealing. Sean Connery has been the handsomest man in the world several times, and he’s bald, but always in shape, as are Jason Statham, Bruce Willis, and Vin Diesel, all bald actors who understand that what appeals most to women is being in shape, not hair.

Don’t Do A Belly Flop

I don’t know this with scientific certainty, but my personal experiences with women suggest that none consider making love with a big belly resting on them, sexy. A man’s sex appeal needn’t be limited by his body. How does a man know whether or not he’s overweight? Forget the charts. Get naked, stand straight, and look down. If all you see is the floor, you’re not in shape for sex or anything strenuous for that matter. If you can see your toes, you’re approachingin shape, and if you can see your feet, you’re in shape and physically ready to make love with abandon. Trust me, women will notice and appreciate your in shape body for lots of reasons other than sex.

But There’s More Than The Physical

The emotional component of successful aging for men follows right behind the physical, in terms of being considered attractive by women. A boomer guy who’s done some amount of inner, personal growth work is highly prized by women for several reasons. Women automatically presume he has at least minimal relationship skills, which are necessary to resolve issues as they arise.

A simple question from a woman can be telling. “How are you feeling about our relationship?” remains unanswered when a man offers what he’s thinking instead. And if that’s the best a man can do because he never considered her emotions worth exploring, he goes to the bottom of most women’s lists. Sure, looks matter, but they’re not more important than emotional availability.

You Can’t Think Your Way

You can’t think your way through a relationship. You have to navigate it with your feelings. In case you haven’t figured this out yet, what you need to know is that nearly every woman has. And while you may appeal to a woman because you’re charming or handsome, the conversation will eventually come around to your ability to express your feelings effectively.

Since I’ve run men’s groups for decades I appreciate the huge value associated with men sharing their issues with each other in confidence. If individual therapy isn’t an option, then a men’s group is a terrific alternative. And, since far too many men are loners anyway, joining a men’s group can solve two problems at the same time. The learning curve is steep if you’ve never talked with other men in a confidential setting, but once trust is established, a lifetime of angst flows like water, and listening to other men’s experiences in your situation is enormously helpful.

What’s wimpy is a man who has unresolved issues he inflicts on people close to him because he lacks the courage to work through them.

The other benefit is that you’ll no longer be a loner, which isn’t a type of man most women prefer anyway since your lone wolf status automatically makes a woman your entire universe, which few consider positive. Having friends you can trust and confide in isn’t the same as guys you play golf with on Saturday, or go to ball games with. These are guys who accept you unconditionally, without opinion or judgment, and who will literally stand by you whenever you need them.

Getting Older Isn’t For Wimps

Dealing with the realities of aging for men isn’t the sweetest part of getting older, but it shouldn’t be ignored just because it isn’t fun. It’s never too late to get your physical and emotional self in shape. And it isn’t entirely about being attractive to women either.

It’s feeling good about yourself in every way, and knowing that you aren’t willing to grow old ungracefully just because the clock is ticking.

By John’s Special Guest: Ken Solin
Ken Solin is a Dating Expert for AARP.org. , and writes about sex, dating, and relationships for The Huffington Post. He has worked with men in groups for thirty years, helping them to move beyond the issues that prevent them from enjoying successful relationships.

Ken is a father, grandfather, and an entrepreneur, and lives in the San Francisco Bay Area. He just completed his new book, You Gotta Have Heart-To Find Your True Love Online. He is a dating coach for boomers.