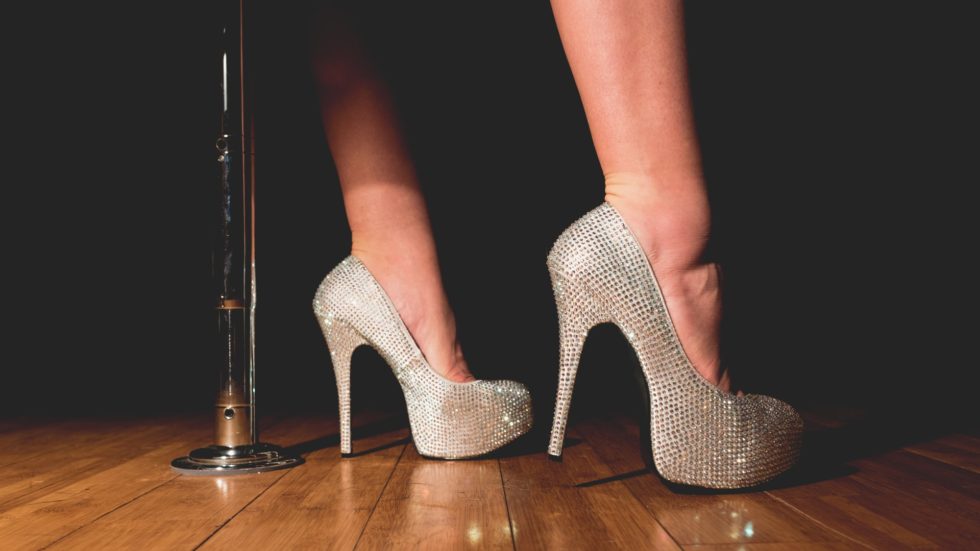 Iam sitting in my favorite ugly green chair, writing and listening to the torrential rain slapping down against the window behind me. It’s Saturday and I can’t think of anything to write about. I don’t feel like going out. The thought of trekking to a bar and getting soaked didn’t seem appealing to me. I’ll just sit here comfortably for the night in front of the soothing glow of my laptop.

“Hey! I don’t have to work, anything going on tonight?” Tommy says

“uhhh, not too much…. was thinking about staying in tonight”

“That’s unacceptable. I’m calling back in a half hour and you better be ready to go out.” he demands

This is Tommy’s style, there is no negotiating with him. He’ll argue and argue his point until he gets his way. Regardless, I set the phone down and continue with my sitting, determined to stick to my original plan of sloth.

The cellphone rings again. I pick up.

“We’re going to the strippers!” he says

I’m sitting in Tommy’s car and we’re maneuvering through the many side streets of Chinatown on our way to the only two strip clubs in town. I look down to a brown bag at my feet with the sound of bottles clinking together every time we make a sharp turn.

“Help yourself to a beer,” Tommy says, “you brought your bottle opener right?”

He looks over and glares, signaling that it wasn’t a suggestion. “Ah screw it,” I say and I stick my hand in the bag to pull out a beer. I try discretely to drink it while we are flying through the middle of the city but it feels like every pedestrian is glaring at us.

Of the only two strip clubs in town, we decide to go to the sketchiest one. Don’t ask why, the logic is mind boggling. We walk through the door, show the doorman our ID’s and pay the ten dollar cover charge.

We walk over to the stage which also doubles as the bar and sit down. We have prime real estate, right next to the bartender and right in front of the pole.

“Can I get you two fellers a drink?” asks the bartender

She whips out two bottles and sets them down in front of us.

“That’ll be ten bucks” she says

I hand her a ten dollar bill and drop two on the bar for a tip. She glares back at me and finally says, “each…”

“The beers….they’re ten dollars each…” she says

We’ve been at the strippers for 30 minutes now and between the two of us, we’ve spent $90 dollars. To make it worse, the five dancers we’ve seen so far aren’t that good looking.

Just as I begin to get bored, out comes the cutest stripper of the night. She doesn’t fit the stripper stereotype of perfectly round breasts, unnaturally tanned body, and long legs. She seemed like a regular cute girl. One that you’d bump into at a coffee shop or a library. I could see myself dating a girl like this and I believe this is what made her attractive.

If you’ve ever been to a strip club, you’ll know that after a girl is finished dancing, she usually walks around the bar soliciting guys for lap dances. Since arriving, we have had almost every girl in the place come by, trying to seduce us out of the little remaining cash that we had. Every girl but one, the cute red headed girl, she has yet to approach us.

Finally, I see her walking by, I make eye contact. She comes over and sets her hand on the back of my shoulder.

“Hey, did you enjoy the show?” she asks me

“To be honest I’m a little disappointed.” I say

“I don’t think you were really trying, it just didn’t feel like you were in the moment. It seemed like you were just going through the motions and not trying to seduce me.” I say

She tries to respond but I cut her off…

“Here’s the thing, I’m not like these other guys, I’m not easy. You’re going to have to step it up another couple of notches to attract someone like me.” I say

At this point I’m just spouting out a bunch of bullshit and playing hard to get. It turns into an epic battle where each has their own desired outcome. She wants money and I want sex. The problem is I don’t want to pay for her attention, I want it for free. I suppose I’m greedy like that.

“I’ll tell you what,” she says, “if you let me give you a private dance then I’ll take it up at least three notches!”

“Well I can only do so much!” she declares

“For me, it’s not just about the dancing…it’s about having a sexy seductive attitude and I’m not sure that is something you can provide me in this setting.” I say, hinting that what I really want is to see her while she’s not on the clock.

“Ahhh, I see what you’re up to now, but I already have boyfriend,” she says, “so, you either get a dance or not.”

“I’m all set for now, thanks.” I say politely

She gives a slight frown and walks away to seduce some other poor sap.

I have failed to pick-up a stripper. My game is simply not that good yet. Perhaps I need to invest in some resources for how to pick up strippers.

We watch two more dancers and finish our last beer. I drop my last two dollars on the stage and tell Tommy O’Doul that we need to get out of this money pit before the club owns my first born child. Just as the current dancer grabs my two bills and begins humping the pole, we decide to leave, broke and girl-less.

I’m sitting in my favorite ugly green chair, writing and listening to the rain coming down outside. It’s almost Sunday and I can’t figure out what to write about. Perhaps a failed attempt at trying to pick up strippers would make for a good read.