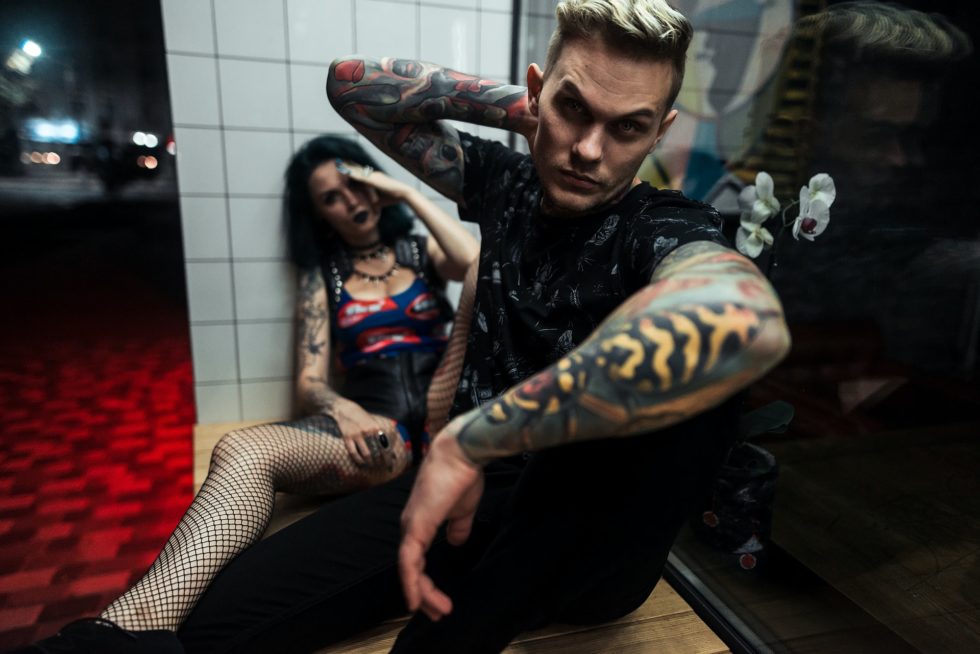 The question everyone wants to know is how to become the bad boy women love, without being a complete and utter tw*t. You can become a bad boy without having to change into someone who you despise. Come on, you must have watched a bad boy in action and thought, “Man I wish I was more like him, though I would not want to be an ass like he is.”

At the end of the day, being a bad boy doesn’t mean you need to do some crazy, dangerous or bad ass stuff. It don’t mean you need to treat women poorly or with no respect. To become a bad boy you just need to demonstrate the qualities that the bad boy possesses. To become certified bad ass you need to be somebody who is confident, strong willed, has a ‘don’t care’ attitude and leads an exciting lifestyle. These sorts of qualities are useful in all walks of life, and especially in meeting and attracting hot, sexy, high-class women.

When you look at the typical bad boy, the majority of the time you will think that he is a bit of an asshole. He may come across as someone who has flagrant disregard for women and their feelings. Yet they are someone who women flock to like ‘ducks to water’. Women just can’t seem to get enough of these bad boys. The thing is, not all of them are disrespectful or intentionally hurtful, so try to see past your initial judgement of them and open your mind so you can learn from their behaviours.

How to become the bad boy women love, with out being a complete jerk.

Part of the bad boy exterior is having a huge belief in himself. He is somebody who not only acts like he is god’s gift, but he also believes he is. You need to have this belief that all women want you. Insecurities about yourself have to be left behind and instead carry this aura of total awesomeness. Instead of you feeling lucky because a girl likes you, instead make them feel they are lucky because you like them.

Women love men who are sexually confident. Women want men who are confident lovers. This doen’t mean acting like a jerk and leering at women or making crude references. It just means that you are comfortable when it comes to letting your sexual prowess unfold whilst speaking and interacting with a woman. This conveys a sense that you know what you are doing when you get into the bedroom.

You Are Who You Are

Bad boys don’t care what women think of them. In fact they couldn’t care less what anyone thinks of them. You should never change who you are for anybody, especially a women. If they don’t like you for who you are, then you should be saying, “Jog on”. The more interesting and action packed your life is, the better. Do awesome, fun stuff and women will want to be around you.

Women are renowned for testing guys. They may, for example, try to see how much they can get you to do for them. You need to nip this in bud right from the start. From now on you ain’t gonna take no sh*t off women. You need to stand your ground when it comes to making decisions. You need to run any relationship by your rules. If she tries to undermine you or she says something that you disagree then say something. You ain’t there to be a doormat so don’t let her treat you like one.

Having an air of mystery around you can be very attractive to women. You want to keep her guessing. She will find this intriguing and so will ask questions to try and delve deeper. Now you have established the concept that she is vying for your attention and not the other way around. Women will love this.

Nip Desperation In The Bud

Desperation is a big no no. You don’t want to seem desperate around women. This is definitely a big turn off. Instead you want them chasing you because you are this cool, awesome guy who has so much choice when it comes to women that you don’t really need any woman in particular. As they always say in life “You want what you can’t have”. If women think that it will be a struggle to get your attention then they will try that much harder to get it.

This is just a basic guideline in your quest to become a bad boy. Let’s be honest, becoming a player isn’t easy but someone’s gotta do it. With your new bad-ass, bad boy demeanour, it should be that little bit easier 🙂