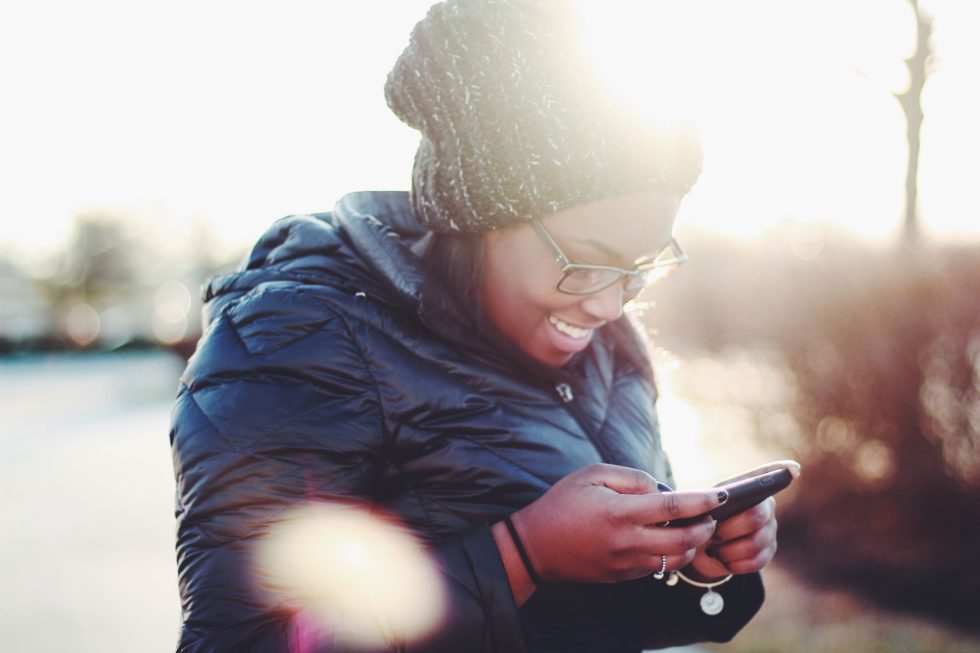 As a twenty-first century woman, I like to pride myself on thinking beyond conventional gender stereotypes. Now, that may just be attributed to the fact that I frequently eat and speak “like a dude”… however, I think it’s undeniable that our generation’s journey into the new millennium has revolutionized the traditional battle of the sexes.

It’s a ridiculous oversimplification to say that ALL men act one way and ALL women act another way—but take away the hyperboles and add in some common human instincts and whether we like to admit it or not, you find that there are humorous (and sometimes problematic) differences between bros and hoes.

If that last sentence didn’t serve as enough evidence, I’ll make it real clear that things are a bit different this week. In order to properly represent both sides of the biological spectrum, I’ve brought in back up… a real life boy.

At the end of the day, technology should be a tool for respect and affection and never a weapon of relationship destruction.

We decided to collaborate in order to get to the bottom of these differences between male and female twenty-somethings in 2013. One or two…or eight drinks were drunk and embarrassing text messages were read. What follows is a brief commentary and conversation regarding interpersonal romantic textual communication as members of the Generation X-Men. OR X-WOMEN.

We decided to start this segment the same way we start almost every text message to a romantic interest: with the obligatory “haha”. Let’s face it, guys and gals, we use the “haha” or the “lol” excessively in order to keep the conversation going and avoid sounding uninterested or short. We want to sound like we’re havin’ the best time of our freaking lives thumbing away at our smartphones, giggling at every description of your mundane day.

Miss Sarah: Wait… I kind of like knowing what’s going on every second of my partner’s “mundane day”. I like to know what the hell is up.
Mr. Boy: That’s bullshit! It’s a waste of our time to have to even type the lame shit I’m doing on my couch on a Monday afternoon.
Miss Sarah: That may be true, but it’s easy for girls to assume that silence or delayed answers are a reflection on the interest level of the guy. And I think that it often is.

Which leads us to talk about the essence and power of texting, rather than the superficial phone-to-phone constant contact it ensures. Guys always think girls care too much, and girls think guys don’t care enough. Neither is true. Men may be from Mars, and women from Venus, but believe it or not, they both care… just in different ways.

Girls are usually concerned with the small things, and if a guy isn’t texting them back promptly it must mean he’s… just not that into her. Guys are more about the big stuff: “Is this chick gonna sleep with me?”, or “She’s pretty, but is she clever enough?”, or maybe even “Is she the one?”.

Here’s the thing, guys are constantly trying to not mess up. Girls are constantly aware of the multiple ways in which they have the power to mess up. When a guy sends a short text, it’s because he’s playing FIFA and talking about farting with his homeboys. When a girl sends a short text it’s because HE messed up and she’s pissed off. In her firm belief, the small number of characters on her phone has an inverse relationship to her blistering fury at her mate.

Mr. Boy: Well why doesn’t she just tell him why she’s pissed?
Miss Sarah: Because he should already know! And if he doesn’t… you know what’s coming next, the dreaded one character, “k.” Or my personal favorite… “It’s whatever.” Although I have to admit I also use the dramatic “we need to talk” probably a little too frequently.
Mr. Boy: Yeah… we need to talk about that.

So girls have certain communication pet peeves, and so do guys. But it’s important that neither one takes advantage of their position on the texting front. Guys: tend to your texts, respond when you can—it doesn’t have to be lengthy or hilarious, just demonstrate a little dedication. Girls: don’t overdramatize the flaws of your guy, and don’t play too many games… guys may admit that you wear the pants, but you can’t abuse the power those sexy skinny jeans may give you.

It may be easy to LOL about the importance of texting and it may be even easier to make fun of people who use texting abbreviations *cough cough*, but we think there’s a certain symbolism to the way each person approaches technology in a relationship. At the end of the day, technology should be a tool for respect and affection and never a weapon of relationship destruction. Regardless of your gender identity, follow this simple rule: proceed compassionately the next time you pull your phone out of your pocket/purse.