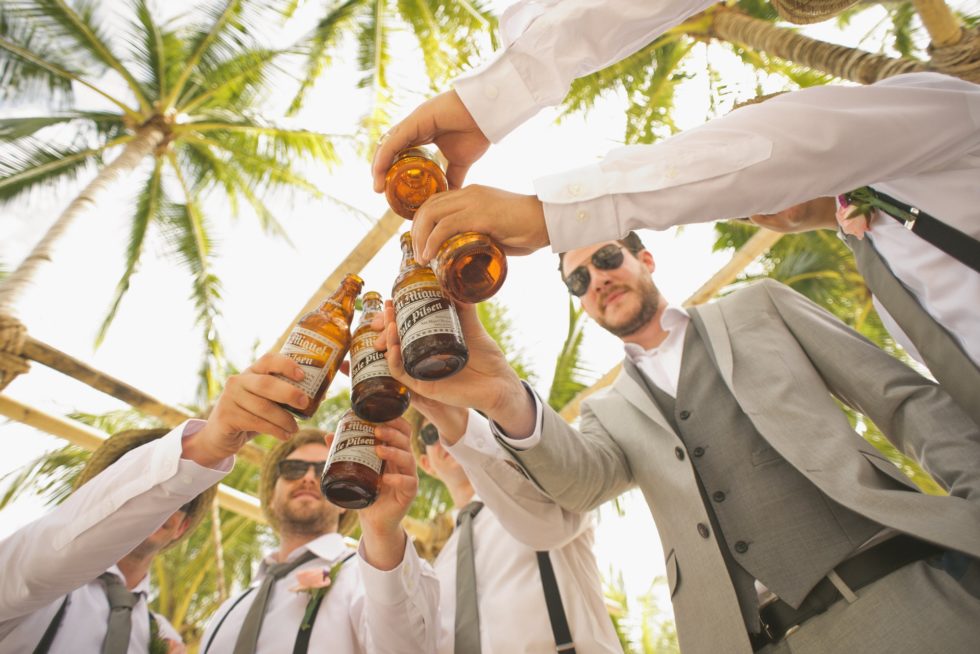 One of your pals might have recently met the woman of his dreams and he wants to make the ultimate commitment and get married. No matter if he met her at a college party or at work, your friend is in love and nothing can change his mind about tying the knot

So, what does a good friend do in a situation like this?

You and the other groomsmen get together and throw him the most epic bachelor party that ever existed. And you try to give him one last night to say goodbye to the life that he’ll soon be missing out on.

Getting married is a scary thing for some men, and though this might be a welcomed rite of passage for some, for others it can lead to a year full of anxiety and mixed thoughts.

But a bachelor party is in order to cure these ailments.

First, you have to come up with a plan. And this can’t be any ordinary night. After all, it’s one of your closest friend’s final night of freedom, and he needs to be able to enjoy this night in an unbridled fashion.

So, what are the options?

You might choose to go the traditional route and plan for a trip out to Vegas, paint the town red, lose all of your money, and have to pawn your clothes just to get a ride back home. But that’s probably an unwise decision.

Instead of making the wedding day difficult with hangovers and questionable decisions, maybe you should go the low-key route, and take a boy’s trip, or even have a bachelor party out at Lake Tahoe.

No matter where you choose to take your soon-to-be-married buddy, make sure he and all of the groomsmen are on board.

Traditionally speaking, bachelor parties are often synonymous with strippers, naughty party favors, and an obscene amount of alcohol. But, don’t feel obligated to stick with tradition.

After all, you and your companions might not feel like drinking an entire weekend away or spending a ton of money on one night that might end up as a huge regret the next day.

Some activities that you might want to consider are renting a private booth at a club and just having a large get-together. Or, maybe you could rent a boat for the weekend or a fishing charter.

Ideally, you want to have a fun time and do a few things that will send your friend off into married life, but you don’t have to limit the festivities to the traditional debauchery that is known to be a part of most bachelor parties.

Do You Need Rules?

The short answer here is, yes.

Bachelor parties are known for getting out of hand, and often there’s at least one among the group of revelers who might try to spice things up without letting anyone know about it.

For instance, if you’ve ever seen the movie, The Hangover, you might recall how one of the characters secretly spiked everyone’s drink with an illicit substance, making it nearly impossible for anyone to recall the night before.

Well, this is the type of scenario that you ultimately want to avoid. Because the last thing that you want to have happen is the groom doing something regrettable right before he commits to the love of his life, for the rest of his life.

Before you begin planning your bachelor party, ensure that everyone is on the same page as far as what lines are not to be crossed, no matter who attends the party.

A bachelor party is often thought of as the last night of single freedom that a man has before he enters into the lifelong commitment of marriage. And though you probably want to send your buddy off in style, at the end of the day you still want to play it safe so that everyone has a good time, and makes it to the wedding in one piece.

How to Plan a Wedding

Searching for Inspiration for Your Wedding: Where You Can Look and What You Can Use

4 Mistakes to Avoid When Planning to Propose to Your Partner

3 Key Things to Do Before You Decide to Get Married