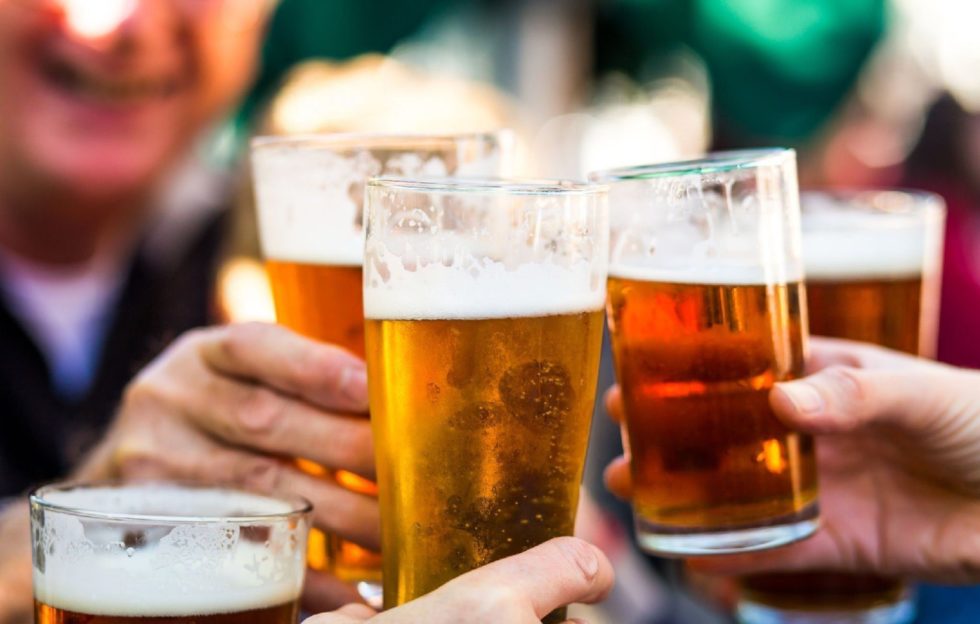 Excuse me please, one more drink

How can you know what he really means if he says one thing when drunk and something else when sober? Which is the true feeling?

I have always wondered about this. Even in the era of traditional dating, we knew that a guy was more likely to open up after a few beers. But we were never sure how to interpret drunken declarations of emotion. It’s much worse now. Successfully navigating the hookup culture necessitates repressing emotions, lest they prove inconvenient or awkward.

Moments of mushiness are rare between two people in the early stages of a relationship. Often, guys don’t want to provide encouragement to relationship-minded girls, and girls are wary of coming across as too needy and demanding. Sex occurs, meaningful dialog doesn’t.

When I was a freshman in college, I had been seeing a guy for a couple of months and I was crazy about him. We went to a New Year’s Eve party together, where he got really, really drunk. As I tucked him in for the night on my couch, he grabbed me and said, “Wait, I have to tell you something. I love you.” Wow. No one had ever said that to me before. I was very happy. He was hung over in the morning, but acted normal. I never heard from him again.

We were both on a college ski trip a couple of weeks later, and he studiously avoided me, both on the slopes and off. I was very unhappy. Two years later, I cornered him at a party, basically got all up in his face and demanded an explanation. (This time I was the drunk one.) He didn’t want to answer at first, but then said, “To be honest, I couldn’t believe I said what I did. I remembered it the next day and it freaked me out. I was embarrassed.” That’s all I got. I would have liked to go outside and discuss it for about two hours, but no dice.

I’ve always wondered if he meant it drunk and got scared sober. Or if he was BS’ing me drunk, and didn’t want to own it once he sobered up. Either way, I wish we could have talked about it. I still liked him two years later, even though I was dating someone else then. He was killed in a car crash shortly after that, falling asleep at the wheel. It sounds trite, but I remember feeling what a waste it was to keep those emotions in check. Emotions should be messy and all over the place. Good or bad, I’d have liked to understand him better.

1. Drunk Sincerity: After a certain point of inebriation, one begins to say things that sound good in their current mental state, any of which said sober would sound utterly retarded.

Person A: “You know I’ve always loved you.”

Person B: “That’s just Drunk Sincerity, go sleep it off.”

2. Beer Tears: When, after a few drinks, one will proceed to become an unhappy drunk, and begin to cry and shed tears about anything remotely bothering them, e.g., crying about ex-boyfriend, inability to microwave easymac, spilling a drink on one’s shirt.

3. Here’s a typical example of a Beer Emotions text:

“God, I’m so sorry I texted you, it was just drunk love, seriously. We’re okay, right?”

What are the facts about beer emotions?

“When anyone drinks there is a neurological and psychological regression, and the higher the blood alcohol level, the more primitive and hostile the response that comes out,” says Gary L. Malone, MD, an addiction psychiatrist and the medical director and chief of psychiatry at Baylor All Saints Medical Center in Fort Worth, Texas. “Alcohol can’t make you think or feel things.”

“People should be held accountable for what they say drunk as well as sober, and forgiveness should not be based on ‘the alcohol made me do it’ adds Carleton Kendrick EdM, LCSW, a family therapist in Boston. “Alcoholics will tell you that they try to watch what they say when they are drunk, but that’s a conundrum because alcohol frees the tongue to say what is in the heart.”

What does this mean for you? Well, do you want the good news or the bad news first? The good news is that people basically speak the truth when they’re drunk. The bad news is that they can still refuse to own it once they’re sober. I mean, you can’t exactly ply the guy you like with beers 24/7 in hopes of a romantic moment, now, can you?

Here’s what I recommend:

What do you think? How have you dealt with this issue? Are you surprised by these findings?