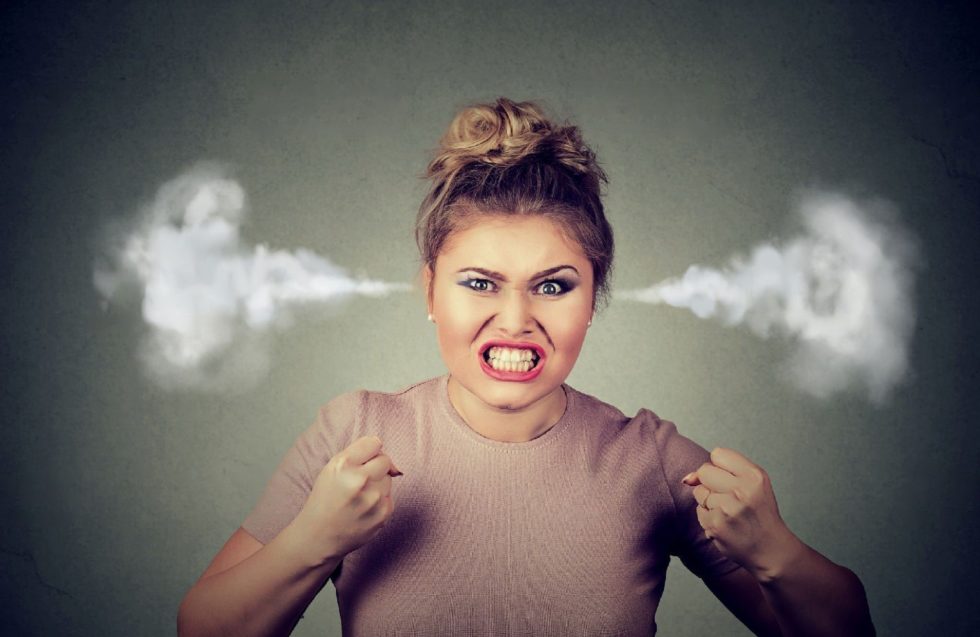 Every adult woman understands the fierceness of female intrasexual competition, having weathered it one way or another. The unlucky ones have learned first-hand just how mean a mean girl can be. From a young age, we compete in subtle and covert ways, angling for power through a series of small but critical steps. Those steps usually involve elevating oneself at the expense of someone else. Competition among females in the social sphere is often extremely indirect, but the effects of exclusion can be brutal.

While we’re growing up, we’re eager to be the prettiest girl at the ball, or, failing that, to be in her entourage. Sometimes the best we can hope for is that we’ll avoid being an outcast, left to our own devices without being picked on.  As we age, we remain ever vigilant, desperately wanting to avoid being “that woman” – the outsider.

These truths, rather obvious to me, are often denied by other women. We resist swallowing our own red pill about the vicious tactics we’re capable of employing under the right circumstances.

I’ve shared before how in my career, I have found women to be the most difficult bosses. The rules were unclear, the offenses were random, and the penalties inconsistent. I have found them to be the most likely to steal credit for a subordinate’s work. I have seen them play favorites with male subordinates, introducing a component of sexual tension that amounts to sexual harrassment, though it is rarely recognized as such. (The workplace is the one place where women appreciate obsequious behavior from males.) Most unfairly, I’ve seen women actively sabotage the promotions of deserving women who worked for them, apparently in the belief that their own success would be assured if they could keep the ranks of female superiors thin.

Even in my years as a stay at home mom, I found women to be unforgiving competitors. (If you’ve seen the movie Help, the dynamic among the Junior League types was not far off.) I’ve heard women (often with MBAs, JDs, or MDs) badmouth one another for contributing less-than-gourmet quality food to the annual teacher’s brunch or dry brownies to the annual bake sale. I’ve watched them secretly rejoice upon learning that someone else’s child failed to secure admission to the college of their choice. (At one Back to School Night, the Guidance Counselor advised senior parents to avoid cocktail parties at all costs.) It wasn’t the men acting mean and antisocial during the college application process – it was the moms. (Note: I was President of the Parents’ Association at my son’s school during his last two years. I’m still recovering.)

I doubt any of this will surprise female readers, though it may depress them. Selena Rezvani, author of a book about women leaders, wrote about the problem.

While workplace studies show women are routinely underestimated compared to men, we don’t give much credence to the fact that women hampering other women is also to blame.In nearly every leadership talk I give, whether to the women’s network of a Fortune 500 company or to incoming female MBA students, I actively steer away from this topic.
But even if I don’t bring this issue up in a women’s forum, someone will invariably—and I mean always—raise her hand and ask me the same question. “What about women who thwart other women’s success?”It’s time these reports from the trenches get their due.

Rezvani offers several possible explanations for this rather “unbecoming” behavior:
1. Catty media portrayals2. Sexism amnesia
Women get to the top and forget what it was like to be young and struggling.
3. Sink or swim sadism

“I was treated like dirt on my way up, so you should be too.”

Rezvani states, “In their book Mean Girls, Meaner Women, coauthors Drs. Erika Holiday and Joan Rosenberg note, ‘…Self-hatred is the key link between girls’ early hurtful behavior toward each other and women who suppress other women. A woman with a strong sense of self and high self esteem is much less likely to hurt others.’ The authors explain that women are socialized from an early age to avert, rather than express anger, and to feel that any expression of anger whatsoever is wrong. Perhaps this is how the wires get crossed, making appropriate anger morph into backdoor, gossipy, passive-aggressive behavior.”

Mothers are the figures who have greater influence in the transference of discriminatory behavior, and thus the opportunity to pass on more fair-minded behavior as well.

6. Having it all, doing it all

This is Rezvani’s own theory.

If there’s one observation I make about many professional women today—particularly working moms—it’s that they’re “doing it all,” burdened with too many demands to count and moving through life at breakneck speed. Kate Sayre and Michael J. Silverstein, coauthors of the book Women Want More , found that women’s happiness, when correlated to age, is V-shaped. Meaning, women are happiest between the ages of 18 and 25 and then again after age 50 when, for many, these converging life demands are less pronounced.

Finally, she asks, “Where’s the solidarity and sisterhood?”
There isn’t any, and there actually never was. Feminism, the most prominent “sisterhood” of our age, is fractured, characterized by infighting and petty grievances, along with a hatred of “other.” Most notably, that means men, but there’s plenty of vitriol for women who question or disagree.
Recently I was asked to participate in a small group of Wharton women alums, charged with the task of rethinking the mission of the Wharton Women’s group, and exploring what kinds of programs and services might be of most interest. At one point, the moderator asked what we thought of a mentoring program, where older, successful women might meet regularly with recent graduates. I said I thought that was a great idea, since relations between women in the workplace are so often strained and unproductive. At first, no one else in the group spoke. The moderator asked if others also perceived that. One woman, the head of a profitable hedge fund, assured the group that she was incredibly generous and kind with her female employees. As she had been curt and abrupt with us, I didn’t give her report much credit.

Finally, the youngest woman present spoke. After being assured that her remarks would not be attributed to her, she confessed that women had actively derailed her success in some instances, and were very impersonal and businesslike at her current firm. She admitted that she has had two wonderful mentors, both male, and that women in each organization actively disapproved of and discouraged these relationships, although they had no interest in mentoring themselves. By the end of the meeting, everyone but the hedge fund guru had admitted to having similar experiences.

I do agree with Rezvani that real life reports from the trenches need to be taken seriously. What’s more, each and every woman should acknowledge that this mode of behavior is endemic to female nature. It’s an uncomfortable truth, but only by acknowledging it can we call out offenders and reward more productive ways of competing.
In the meantime, here’s my advice for dealing with women in the workplace:
1. Avoid direct confrontation at all costs.
2. Be unassailably good at your job, and never cut corners, e.g. taking long lunches, leaving early, etc.
3. Cultivate professional relationships with men. Be sure to avoid any hint of flirtation.
4. If you have a female boss, kiss her ass and have her back at all times. If you’re lucky, she’ll feel neutral about you.
5. Be a loyal and cooperative teammate with other women at your level. Don’t rise to competitive bait.
6. Never underestimate what alliances even the bitchiest (and sometimes the stupidest) women have in place. I’ve seen at least half a dozen terrible women get promoted repeatedly for having a sexual relationship with a senior executive.
This is an ugly truth. The most difficult people in a man’s world are the women.