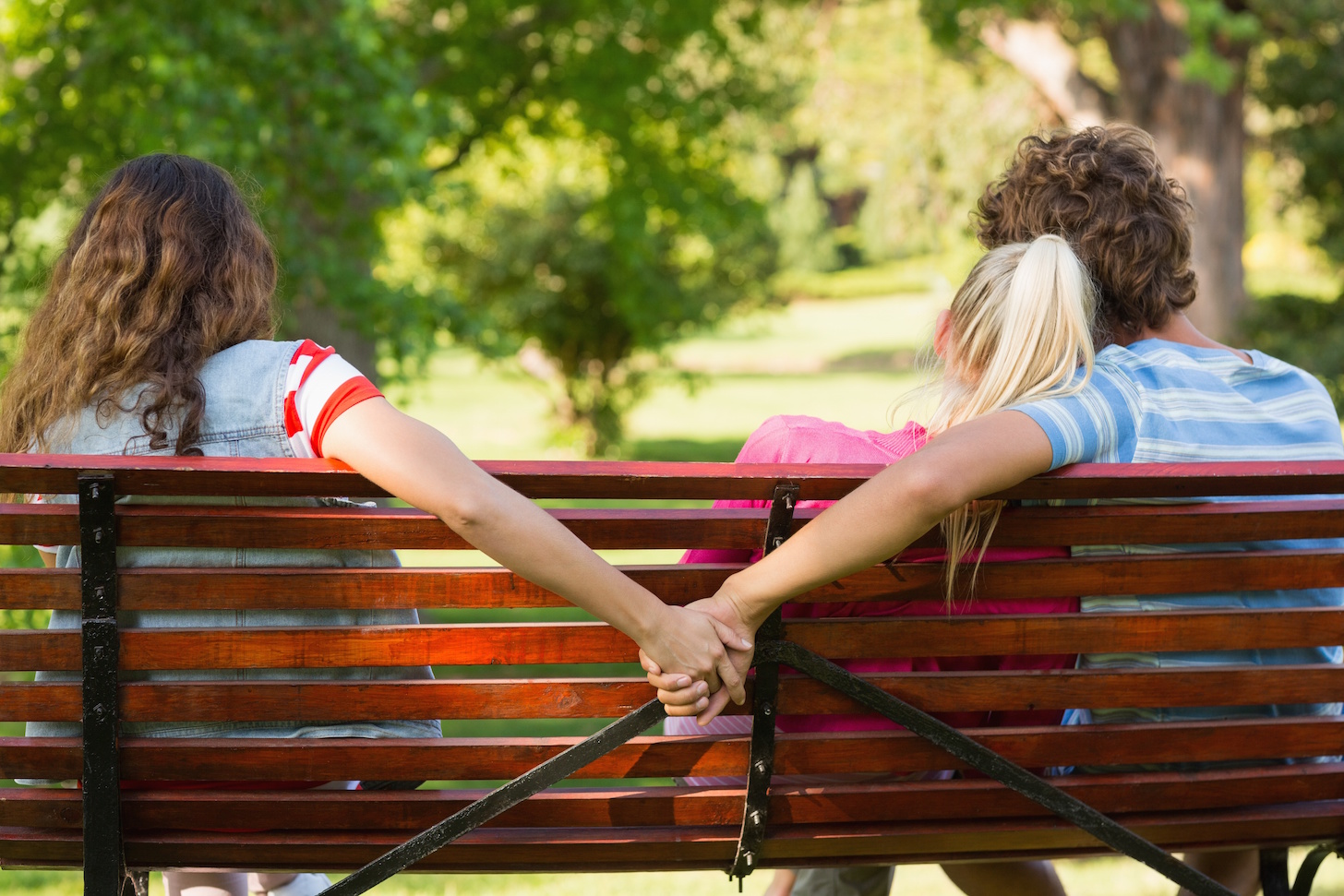 If you’ve got a burning relationship question and a need for second opinions, the Loveawake experts is for you! This week’s question:

This week Alex and Emily tackle a question that has plagued relationships since the first Neanderthal came home with some other woman’s fur on him: Once a cheater, always a cheater? Our troubled questioner this week is mulling staying with her cheater, citing both his regret and his willingness to move in with her as evidence that he’s a good boy now.

Dump his ass. And I’m not saying that because I believe “once a cheater, always a cheater” (or to curry feminist favor, Emily). On the contrary, I fully believe a man can change, grow, and make the decision not to repeat a mistake. Just not your man, not yet.

It’s a matter of odds. Every guy who’s unfaithful will cheat “a last time,” whether that’s the first time, the 80th time, or at his wife’s funeral. So to avoid getting burned again, the time this guy cheated on you had to have been the one time, the life-changing episode that showed him the error of his ways and convinced him never to toy with another person’s heart again.

Odds are, it’s not. Especially if you forgive his lying ass, because that’s essentially letting him know that he can be unfaithful to you without any serious consequences. And the only way to enforce “serious consequences” is to dump him, or else actively make his life (and by extension your relationship) miserable, at which point what are you getting out of the deal anyway but a headache?

Better to make a clean break and move on, teaching him the lesson that his actions have consequences. You’ll feel stronger for it, and in the long run you may have really helped him mature. See, that’s the tragedy of cheating: You can dump your boyfriend, showing him the error of his ways and possibly teaching him not to cheat for the next girl he dates, or you can stay with him and thereby teach him that it’s OK to cheat on you.

Agreeing to see this guy again is a gamble, and you’re in no position to play the slots. After all, that’s how he got you in this mess to begin with.

Good ol’ cut-and-dry Alex is always forgetting that we’re not psychic. We can tell you what to do, but we can’t tell the future. We can’t possibly tell this girl that she has to kick this guy to the curb!

Here’s the thing: Cheating isn’t the problem — it’s just the biggest symptom of a problem. It’s like when you’re super-stressed and eating a lot of junk food and you wake up with zits — you don’t immediately blame your facial wash. The problem is systemic.

Whatever led your boyfriend to cheat may have been an issue with your relationship, or an honesty/intimacy/commitment issue that belongs solely to him, but either way, your boyfriend chose the easiest solution to his problem: avoidance. Avoidance in the form of someone else’s affection, sure, but avoidance is avoidance.

From the very limited information you gave us, it does sound as if he is sorry for hurting you. Since you can’t predict what he will do, all you can do is work on your own behavior. If you’re staying with him, don’t hold the past over his head. Accept that you made a choice to forgive him and let it go. Have open talks about what works in your relationship and what doesn’t. Don’t ignore things that seem “off.” Help each other cope with your own individual struggles so you feel you can turn to each other.

What do you think? Does a cheater ever change his ways? Are there advantages to forgiving someone, or will it always and forever taint the relationship? Have you ever forgiven a cheater? Tell us! Leave your comments below!