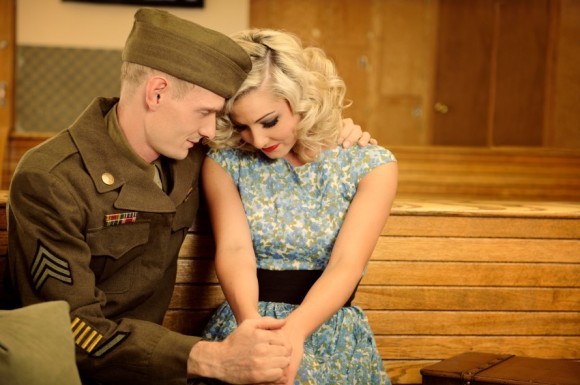 On the surface, things don’t look good for nice guys.

Literature, television, and pop culture have taught us that nice boys never get the girl. Certainly, natural selection doesn’t appear to help their case: in a world guided by the survival of the fittest, the toughest should win and everyone else should be extinct.

With that logic, there shouldn’t be any nice guys left, right?

Generosity, as it turns out, is one of the most powerful tools around for wooing women. While it may appear to run counter to all our evolutionary logic, altruism has been shown to have a slew of genetic—and romantic—advantages.

In a separate study, a group of women were asked to rate qualities they found most attractive in men. Virtues such as ‘donates blood regularly’ and ‘volunteers to help out in a local hospital’ were by far the greatest winners. (Men, meanwhile, didn’t seem to care if women are altruistic or not.)

It’s not difficult to figure out why altruism is irresistible to women: from an evolutionary standpoint, generosity signals that a man has greater resources at his disposal. It is also a marker of better parenting skills in the future.

In a study by The University of Nottingham, Dr. Tim Philipps found that generosity is, in fact, linked to sexual selection. He discovered that people who had a preference toward altruistic mates mated with similarly altruistic people—leading to survival of that trait.

While it might seem like a contradiction, thinking about other people is actually in your best interest.

Let’s turn to experimental economics to help explain why. The experiment is called The Dictator Game—a one-shot game with two players. Player A – The Dictator – is given $50 dollars. He can either keep the money for himself, or else give it to the second player.

You might expect that he’d keep the money for himself—he’s a dictator, after all. But in fact, some dictators always choose to give the money away.

This may seem to be entirely irrational. But, as a team of evolutionary biologists from Santa Barbara explained, if you act selfishly with someone, you jeopardize your interactions with the other person in the future—even when you believe it’s a one shot game.

Leda Cosmides, one of the principle researchers, explained, “Without knowing why, the mind is skewed to be generous to make sure we find and cement all those valuable, long-term relationships.”

In romantic terms, if you act selfishly with a woman you are interested in – and play the “bad boy” – you are risking the chance of long-term success with that person.

But does the above study mean that altruism is actually inherently selfish, and we’re only acting generous to help ourselves in the future?

Not quite. Another member of the Santa Barbara research team, John Tooby, insisted that “people who help only when they can see a gain do worse than those who are motivated to be generous without always looking ahead to see what they might get in return.”

The State of Our Unions

Regardless of why we have evolved to be altruistic, one thing it’s clear: generosity is a necessary ingredient to any happy relationship.

A report from the University of Virginia analyzed the effect of generosity on U.S. marriages. It defined generosity as “The virtue of giving good things to one’s spouse freely and abundantly.” (Think: making your spouse a cup of coffee in the morning.)

The study analyzed 2,870 married men and women. The results were as you might expect: those who reported themselves as “very happy” turned out to be those who also scored well on the generosity scale. In contrast, a meager 14% of people with low generosity scores said they were “very happy.”

The fact that altruism is part of natural selection is encouraging. In evolutionary terms, the “fittest” aren’t just those who know how to survive; they are those who also ensure the survival of others. Apply this logic to a relationship, and you have a recipe for success. Individuals who care greatly about their partner’s well-being enhance the longitude of their relationships.

As a parting thought, consider a few words of wisdom from Winston Churchill, who enjoyed a famously happy marriage with his wife, Clementine. On the subject of generosity, he said: