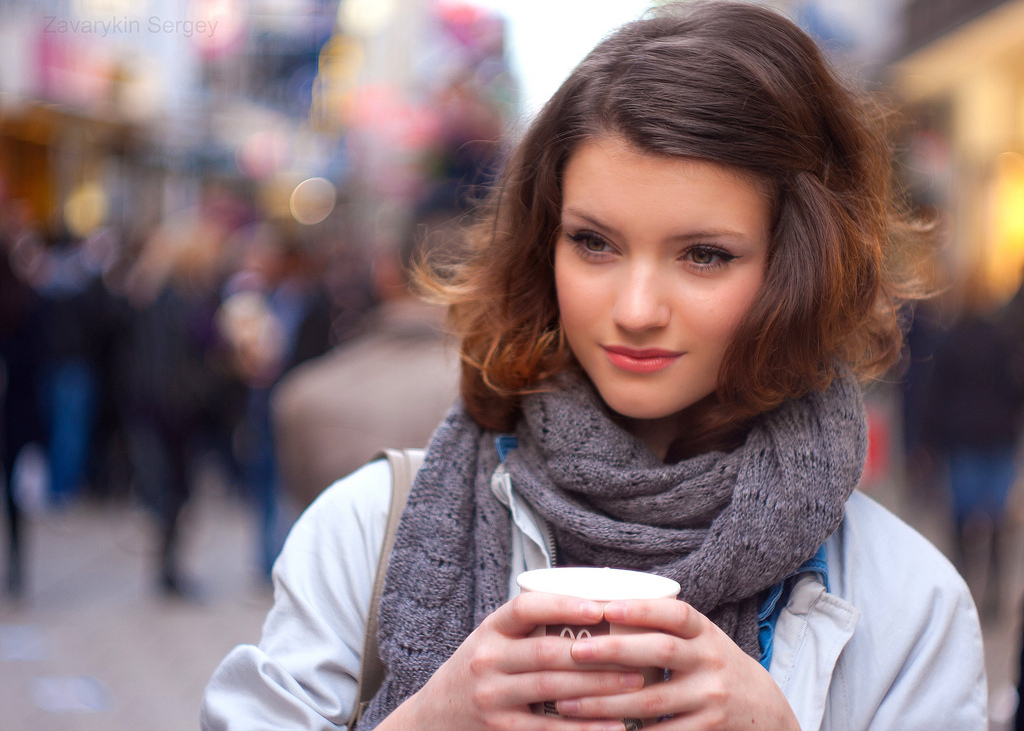 There’s a new cardinal rule of dating: always have your date be holding a cup of coffee in her hands. Do this, and she’ll be more likely to think you’re a kind, generous person.

Don’t believe it? Read below to see how psychologists at Yale manipulated people’s emotions simply by exploiting the temperature of a beverage. As it turns out, there’s a reason why going out for coffee is the best first date.

In this particular study, participants were on their way to the lab when a researcher – disguised as a normal person – came upon their path. The researcher, laden with textbooks, was either holding a cup of hot coffee, or a cup of iced coffee. The researcher asked the participant if he or she wouldn’t mind holding the cup of coffee for a moment.

Later, the participants entered the study they thought was real. In the lab, they were asked to read about a made-up individual, and rate that person’s personality.

Behold the sneaky power of a hot beverage: the participants who had held the hot cup of coffee decided that the made-up individual was happier, warmer, less selfish and more social than the same individual who had been rated by the ice-coffee holders.

The results of this study have been corroborated by a slew of similar experiments. In another study by the same psychologists, participants were given a gift certificate. Some were also given a heated therapeutic pad. The participants had the option of giving the gift certificate to a friend, or keeping it for themselves.

The outcome was clear: those with the therapeutic pad were more likely to give away the gift card. Apparently heat induces generosity.

No. A wide variety of researchers and experiments have found that there is an intimate link between environmental stimuli and our cognitive processes. Here are some of the more bizarre discoveries:

– People in cushioned chairs are more likely to compromise than people in rigid chairs.

– People who are holding jagged jigsaw puzzle pieces are more likely to assume that a conversation is confrontational.

– People become more competitive when they catch a glimpse of a briefcase in the room.

The phenomenon, called embodied cognition, illustrates that the way we process sensory experiences is related to the way we conduct abstract thinking. In the coffee cup example, the sensation of physical warmth and emotional warmth are linked – perhaps stemming from the connection infants draw between their mother’s warm body and her affection.

The idea that sensual experiences can subconsciously affect the mind is a slap in the face to traditional wisdom on the subject. It contradicts the famous theory of Descartes, who argued that the mind and the brain were separate entities.

While Descartes once stated, “I think therefore I am,” the Laboratory of Embodied Cognition at the University of Wisconsin has been forced to make an alteration: “I act, therefore I think.”

The implications of embodied cognition are far-reaching. Some argue that our interactions with our environment influence the very development of our cognitive capacities.

George Lakoff has argued that the very way humans think about larger issues – economics, or morality – is inextricably linked to the way we understand simple spatial relationships around us. The fundamental laws of math, or the universal truths of philosophy, may in fact be deeply rooted our subjective experience of the tangible world.

“If we had wheels, or moved along the ground on our bellies like snakes,” Lakoff said, “math might be very different.”

In short, humans may simple be unable to think of anything outside what our embodied brains permit us to think.

What This Means for You

The idea behind the coffee cup experiment is simple: if you alter someone’s physical experience, you can actually change his or her thoughts. The subconscious brain, as it turns out, is easily seduced.

This brings the idea of “mind games” to a whole new level.

The next time you’re trying to rig the perfect romantic rendez-vous, think of investing in things that will, quite literally, make you hotter: warm apple cider, fireplaces, seat warmers, ear muffs, hugs, puppies. And be careful of things that have the opposite effect: frozen food, the cold-shoulder, Russia.

The most valuable insight from the coffee study comes from considering why we value heat in the first place. From the time we’re babies, we are trained to want warmth and affection from others. The coffee study merely highlights our desire for human connection.

So, when you’re trying to make yourself irresistible, consider investing in small acts of compassion. What’s the real way to become hot? Those little bits of warmth.

How to Make Yourself Lucky : The Science