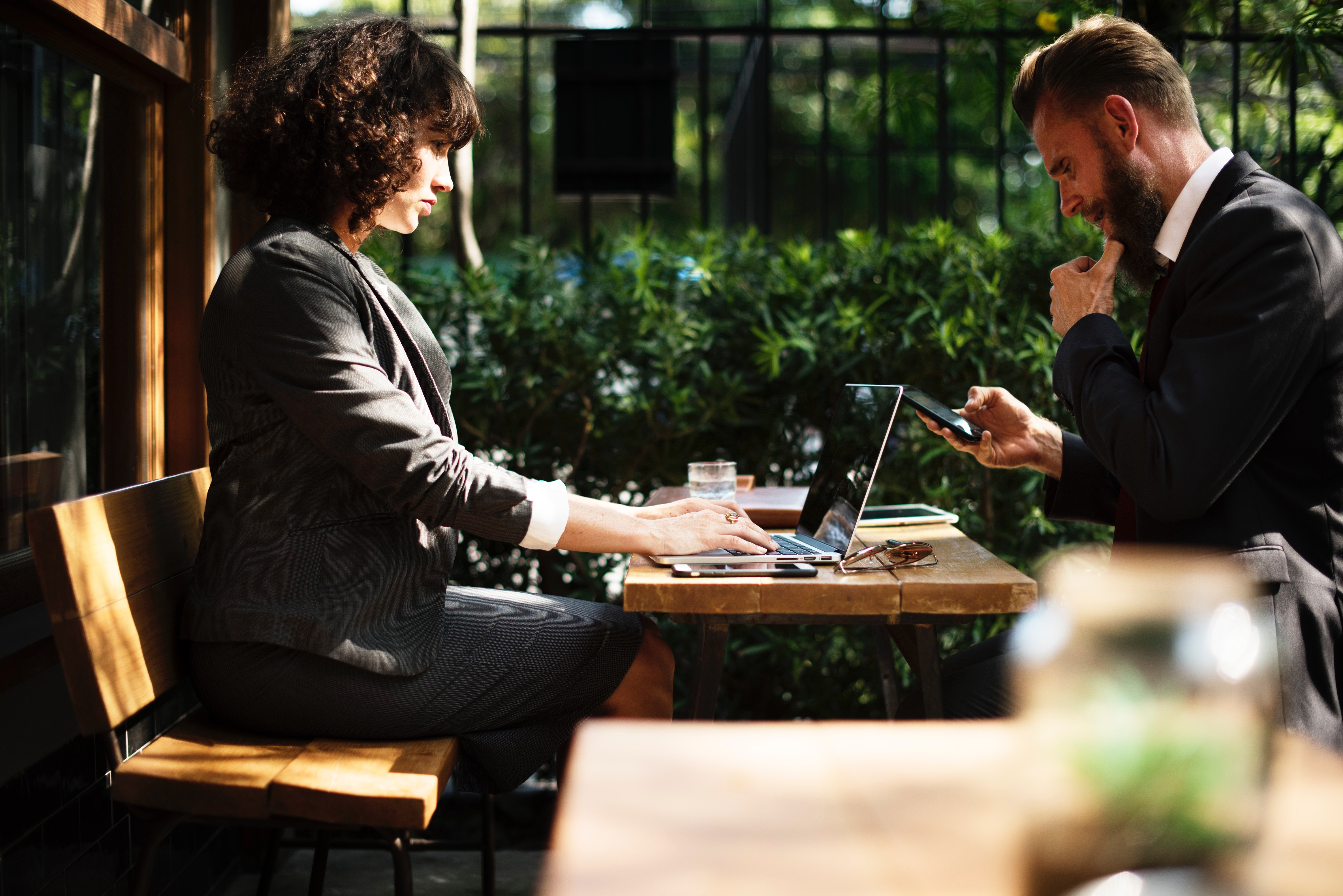 My best friend, Kathleen, works in human resources at a local big-box store. She loves her job, but she calls me almost weekly to vent about the store’s employees and their latest relationship escapades. Kathleen’s grievances got me thinking.

Dating a coworker may initially seem like a great idea. You two already have a great connection and lots in common, you get to spend almost all day with that person, and best of all, you get to go home with them at the end of the workday. But, Kathleen warns, when you spend your home life and your work life with that person, there’s a pretty good chance that disaster awaits if you can’t draw the line between the two.

So, while starting something up with that sexy attorney or checkout cutie may be tempting, think long and hard about what could happen if you were to cross the line:

1. Your relationship will be awkward for your coworkers.

Even though you might be trying to keep things on the DL, your relationship will be obvious to everyone around you. People are much more aware than you realize, and who doesn’t love a little office gossip? Word will spread like wildfire (and your reputation could get torched). Not to mention the face that lovers’ quarrels and any form of  PDA (Public Displays of Affection) have no place in a work environment. Plus, you could become so wrapped up in your office romance that you alienate yourself from your peers.

Mary Kate, a marketing director at a dot-com educational company in Silicon Valley, has watched two of her coworkers’ office romances go up in flames, searing reputations in the process. “The amount of gossip flying around was astounding,” she says. “One of the women was way too open about her relationship with the sales guy. She fell really hard for him, and whenever he acted ‘suspiciously’ — which, at least in her mind, began to happen more and more often — she went from desk to desk, asking everyone she knew for advice. It ended up that the guy was hooking up with the PR assistant, too … who eventually got pregnant. The whole thing blew up in their faces. The assistant quit soon afterward, the sales guy ended up marrying her, and the drama queen is still harping to everyone about what a jerk he was. This is a workplace, not a soap opera set. I just don’t want to know this kind of stuff about my coworkers.”

2. Playing favorites will become an issue.

If you’re dating your supervisor — and we could write an article on the many, many reasons you should never date your boss — it will be glaringly obvious to everyone that he or she is paying special attention to you … and maybe even giving you preferential treatment. In the best-case scenario, your coworkers will notice, grow resentful of the special favors being bestowed upon you, and rumors will fly. Sure, that’s only talk, but words can be damaging in more ways than one. Worst-case scenario: lawsuit. You don’t want to go there. Imagine if sales guy in the anecdote above had been a supervisor of the two women — or if either woman had been the supervisor of either or both of the other two, er, players. There’s no limit as to how bad it could get.

3. It could hinder your work performance.

When you first start dating someone, you want to spend every second together. That may make working side by side feel like a dream come true, but the downside is that your focus will be off your work and on your beloved. Even goofing off with your girlfriend or boyfriend while on the clock can keep you from doing your best work. Chances are you’ll be so wrapped up in your infatuation that you’ll be a bad influence on each other. And just imagine what would happen if you had a fight. Do you really want your coworkers to be involved, even silently? We didn’t think so.

Says Mary Kate about the fallout from the doomed relationship in her office, “It’s been going on for two years now, and it’s still causing a distraction. If someone were to translate the loss of productivity into a dollar amount, we’d all be sacked.” There’s no need to give the powers-that-be a reason to let you go, and that’s especially true in this economy.

4. Breaking up will lead to workplace disaster.

When breakups occur (and unless you’re Jim and Pam, they inevitably do) things can really start to get ugly. Fighting with each other in the break room or not speaking to each other at all can make your work environment tense and uncomfortable for everyone. Worst of all, seeing that person every day, and eventually seeing them move on to someone new, can make it impossible for you to get over it. Especially if one party starts a fling with another coworker.

5. You could be setting yourself up for career catastrophe.

Hooking up with the boss, or even a peer, can throw your career off track. When the big bosses at your company find out what you’ve been up to, there’s zero chance that you’ll come out looking good. It’s likely that they’ll skip you over for that next promotion or raise. And remember that it’s a small world and word gets around. Your reputation could be tarnished for years to come. Do you really want to take that chance?