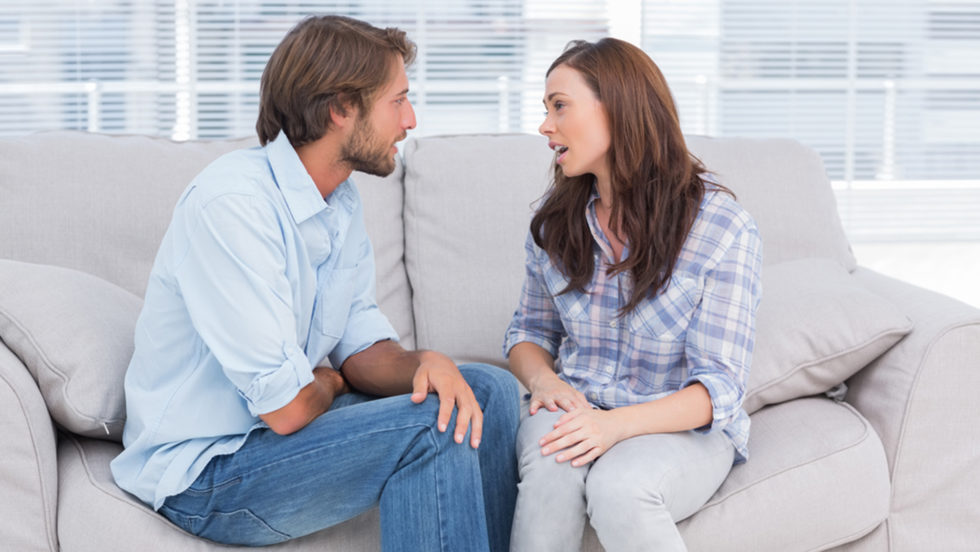 So, you have a girlfriend. Awesome. No life as lonely old hermit for you, eh? Nope, you have a reason to bathe and not turn the hose on neighborhood kids who step on your lawn. You have love! And you must protect it at all costs. Your girlfriend’s ex is out there somewhere and he may be trying to snag her back for fear that he’s on a precipice of hiking his pants up to his ample bosom, eating butterscotch candies while he waits for a bus and furiously masturbating his way towards rheumatoid arthritis. But you are better than him! Remove him immediately.

Live animal traps were designed to catch pests without harming them. It’s a wire cage that you bait with food. When the vermin takes food off the trip plate, the door closes and they are confined inside. Nothing in that description precludes trapping some asshole. Nothing.

The biggest hurdle you’ll face in humanely trapping your girlfriend’s ex is the fact few people if any are apt to simply crawl in a small animal cage. If your girlfriend’s ex is functionally retarded in some way, or abuses solvents, or maybe stops breathing spontaneously a lot and suffers the effects of oxygen deprivation, this task will be easier. If not, you’re going to need some epic bait.

Right off the bat you may think bacon, or beer, or boobies will be a suitable bait, but that’s probably a mistake. First, bacon will attract raccoons and skunks. Beer will attract the homeless. Boobies should never be left out lest they go stale.

If necessary, you should observe your target and gather information to assist you. When you get arrested after, and you probably will, this will be referred to as “stalking” or, at the very least, harassment. Don’t let that dissuade you. If good men let laws stop them from acting irresponsibly, lord knows what our society would be without right now. Certainly anything ever invented at keg parties or during back alley MMA fights.

Once you’ve determined your target’s weakness, bait the trap in a place he frequents. He may be wary at first but c’mon. You know you’ll get him eventually. Once he’s in, drive him out to the country and let him go in the woods. Or toss him off a bridge. Whatever.

In New Delhi, which we hear they moved to India, there’s an issue with monkeys. Follow along, it’s a fun story – there’s a monkey god worshipped by some Hindus named Hanuman. Thanks to the influence of Hanuman, many actual monkeys are allowed to roam free in the streets and if you have ever wondered what happens when a monkey is allowed to grow bold and arrogant on the back of a god, wonder no longer – monkeys become huge assholes. They literally attack people on the streets and in their homes, and are responsible for the death of the deputy mayor, who was run off the balcony of his home by a band of roving monkey hooligans.

Since no one will harm the monkeys and, in fact, many people leave food out to encourage the monkeys, the people less inclined to worship Hanuman had to come up with a novel solution to get rid of the monkey bastards – more monkeys. They chain big monkeys to government buildings to scare away the smaller bastard monkeys. It’s a win-win situation that could never, ever go wrong in any monkey-related way.

What does any of this have to do with you? You need a monkey. Your girlfriend’s ex is most likely ill-equipped to fight off a monkey attack. Years of hilarious zoo visits and youtube video clips have convinced most of us that our simian friends are loveable pranksters when the cold, hard truth is that a chimpanzee could easily rip your arm off and shove it up your own ass. It literally could do that. And it will do that to your girlfriend’s ex.

Getting your own monkey won’t be easy thanks to the numerous laws against owning such creature, but please refer to the last section and our opinion on doing things legally.

Any gardener can tell you a dozen ways to keep rodents out of your succulents – you need to plant things like habanero peppers or poisonous mushrooms and shit. Or anti-personnel land mines. But that seems unnecessarily harsh. However, given that we’re just going to parlay this into a joke about getting rid of your girlfriend’s ex in like three paragraphs, let’s cut out the middle man and just go with explosives. Blow that sumbitch up. Illegal? Pfft, stop bringing that up, nancy.

To start with, you need to propose the idea of a threeway. Don’t mention it to your girlfriend, though. Either she already hates her ex and will be disgusted at your suggestion, or she’ll be cool with it and you’ll be the disgusted one. There’s no feedback she can offer that will make this better, so leave her out for now. You need to approach Ned or whatever his name is and just lay it all out. Choose one of these ice breakers;

• Listen dude, I think we should f*ck.
• We were talking and decided that D and P are the best letters in the alphabet. Your thoughts?
• Hey bro, I know we have our differences, but we also have man holes. Check and mate.
• Did you read this article on Holy Taco about getting rid of your girlfriend’s ex? I did, but I ignored all the advice except about wanting to pork her ex. That means you, tiger.

This is all good stuff and sets the stage for the next phase. Either her ex will find this interaction somewhat offputting and will no longer want to come around, or he’ll be totally into it. Don’t fret, we can work with that, too. Just means we have to become even more offputting. More offputting than that man hole line. If he’s down for the threesome plan, all you need to do is rent a donkey or ask if his mom is free. 90% chance that’ll end everything right there. If that doesn’t work, you need to leave your girlfriend, because she dated this guy and she is therefore quite unclean.