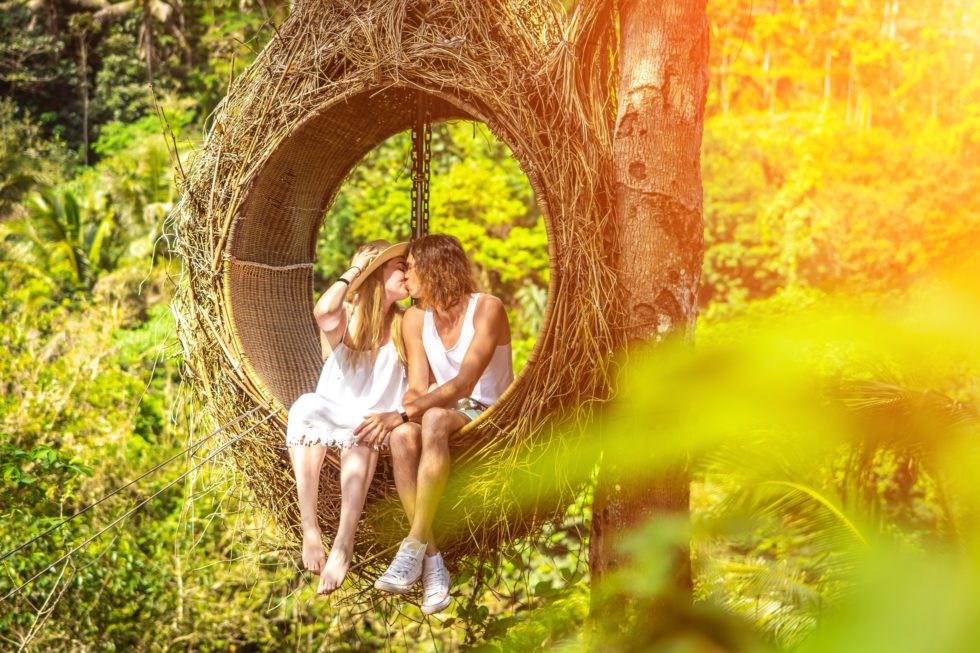 “Usually I meet girls on Craigslist,” Dan* said.  “Then I insult them until they cry.”  This was his opening line on our first date, drinks at a dive bar.

The mutual acquaintance that had set us up touted Dan as everything I wanted: smart, interesting, kind. Perhaps my acquaintance had lost his dictionary.

Things deteriorated quickly.  I told Dan he was creeping me out.  “I’m obviously joking,” he scoffed.  Then he asked if I wanted to do shots.

I thought, I am twenty-nine years old.  All my friends are getting married.  I live alone with two cats, one of whom pees on me while I sleep.  (“It’s an affection thing,” my vet says cheerfully.)  I go on zillions of dates, and they are all with Dan.

How is this my life?

As I turned to leave, I noticed a cute guy sitting with his friends.  I had nothing to lose and zero fucks to give, so I sauntered over and said hi.  “I’m Corey*,” he replied, flashing a confident smile.  “Can I buy you a drink?”  We talked until closing.

That weekend, Corey took me to dinner.  The chemistry was crazy – we were finishing each other’s sentences, holding hands across the table.  Despite our different backgrounds, we had a lot in common: our love of art, our commitment to personal growth, our close bonds with our families.

“Yeah.”  I was confused by his disbelief – I hadn’t said anything particularly surprising.

And then it hit me.

“Wait,” I blurted, suddenly terrified.  “How old are you?”

Twenty-two years old. I was at dinner a guy who was younger than the Internet. He said he would understand if I couldn’t stomach the age difference, but it didn’t bother him.

I said I’d think about it.

It seemed obvious that I shouldn’t see Corey again.  I’d been twenty-two once and I’d “dated” twenty-two-year olds then – i.e., had sloppy drunken sex on or against Ikea furniture.

And after nearly a decade of playing “Who’s the Hottest Person I Can Get to Sleep With Me?” (a great game, while it lasted), I was determined to finally take dating seriously.  I wanted to meet someone I could have a deep, fulfilling relationship with, someone who could inspire me to be my best self.

Up until now, though, my search for such a person yielded mostly different varieties of Dan.  Dan the lawyer.  Dan the teacher.  Dan the finance analyst-turned-transcendental meditation guru.

The more I thought about it, the more it seemed like I should give Corey a chance, and my happily married girlfriends agreed.  “He’s gotta be so fit and virile,” one of them sighed.  “All the rest of us get these days is dadbod, assuming we’re not too tired.”  The others nodded solemnly.  “Besides, it’s not so bad.  The guy has a job and he can legally drink.”

I called him back anyway, and we went to dinner again.  Afterwards, we made out furiously against what we thought was the outside wall of the restaurant but was actually an opaque window.

In truth, not every guy I’d dated recently was a Dan.  Some had been, in a way, even worse: Wonderful But Boring.  The guy who is kind and intelligent and would clearly be a loving partner but who, for whatever reason, doesn’t turn you on.  Oh it’s you, you think when he texts, sliding your phone back into your purse untouched.  I wonder if the dry cleaner is still open, you think as he smashes his mouth against yours.  Time and time again, I had hoped that I would eventually become attracted to such men, but I never did.  You can’t force desire, no matter how hard you try.

When we got to my apartment, Corey was awed by everything: how nice my furniture was, that I had a paintings on the walls, that I actually used my kitchen.

I, for one, was awed by his perfect body and his cleanly shaved pubes (the latter I had no opinion on, but it was certainly different).  “Is that what the kids do these days?” I asked.

He didn’t bother to answer.

I could tell you that we had incredible sex three times that night because my twenty-nine-year-old confidence and his youthful ardor were a great match (true), or because he was working extra hard to please me (also true).  But that would suggest that I think you should go out and bag the first fresh-out-of-college-aged guy you see, and that seems imprudent.  As I recall, Ikea furniture breaks easily.

My involvement with Corey is still new, and I have no idea whether it will sustain itself over time.  We’re at different points in our careers and our personal lives.

But I already know that, whatever happens, this will have been an important experience for me.  I’m rediscovering what it means to enjoy dating someone, to be both attracted and intellectually engaged.  If Corey occasionally makes me roll my eyes (“Love Actually is one of my favorite movies”), he also surprises me with his insight (“It’s amazing how people willfully misunderstand feminism so they have an excuse to be against it”) – and frankly, isn’t that everyone?

So I’m reserving judgment and having fun.  And if I ultimately want to do those shots at the bar, I know Dan’ll be there, lime in hand.

*Names changed to protect the (young and) innocent.