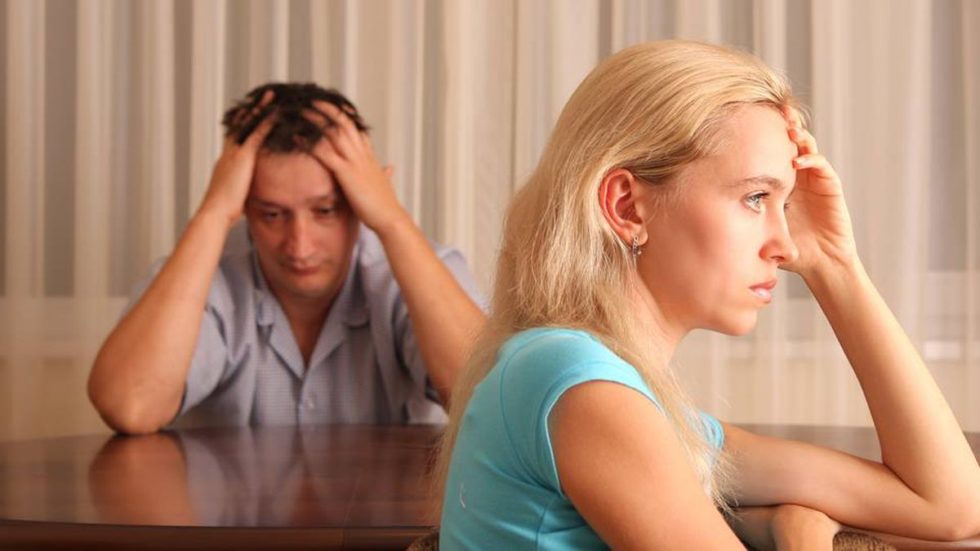 Adult temper tantrums happen as often as childhood ones. We may call them a ‘bad attitude’ or a ’bad temper’ but it’s still acting out.

We’ve become accustomed to hearing men bellowing, talking over each other, or cursing each other out – but hearing women do the same seems to unnerve us. I’m not sure if it’s because observing brash, angry, negative energy coming from a pretty woman just doesn’t sit right with our ideal of lady-like behavior, or if it’s because we still believe most women internalize their feelings.

When a man finds himself starting to like or falling love with a woman with a short fuse, he’ll notice a sudden shift in his rationality as he sacrifices his peace of mind to make the relationship work. Our society has put out a strong message that women should immediately leave men with bad tempers and not look back; I believe the same advice holds well for men. Life is too short for unneeded turmoil.

Now, I realize that some men can relate and identify with the first few outbursts their woman may demonstrate during the early stages of dating. They may even think her outbursts are cute or gutsy before they step in and defuse the situation before it escalates – but I’m here to warn you, anger-driven drama can take on a life of its own. And no man should want to live in a world filled with drama. Such an environment will erode your self-esteem and alienate your friends, and I can’t think of one man who wants to deal with a woman with a temper for very long…at least no man with good self-esteem.

But let’s say you want to try to make this ‘mean girl’ your lady. You believe you’ve discovered a beauty worth unearthing the root of her inner demons and anger – but unless you’re a therapist I would advise against it.

Women that angrily display their bad temper typically get away with it because they rarely suffer any consequences. They usually surround themselves with people who will put up with their violent outbursts because they know their ethos is warped and illogical. Their close friends already know it’s better to go with the flow than try to say something that may get her angry. It’s a crappy way to sustain a relationship, but you know how hard it is to have a serious discussion with an even-temper person, so just imagine having one with a person who can have an emotional tantrum within thirty seconds into a conversation. It’s a rough road.

Okay, you’ve read my advice but you still love the woman with the bad temper and want to know what to do because you want to have a relationship with her. You’re probably one of those noble guys who our mothers told us still exists. You treat every woman like a lady even when she forgets to act like one. Well my advice to you is to give her a bit of an ultimatum. You have to create a ‘no-tantrum policy’ for the relationship to protect your peace of mind and sanity before she goes too far when she’s upset.

Every adult has to manage our feelings and find ways to get rid of daily frustrations and irritations and she can’t be treated any different because of her stellar beauty or amazing sexual performance. There are no free passes to become an adult or becoming a woman on your arm. She has to do the work to get and keep a guy like you, point-blank, period.

You can let your lady know you’re willing to help her learn how to cope with her triggers, but you’re not anyone’s savior or whipping boy. Being a man in this society is hard enough without adding unneeded drama to your life. Just as she wouldn’t ‘show out’ at her place of employment or in a house of worship, you should always expect the same type of respect when she’s around you. She has to know you that you love her but you love yourself and your peace of mind more and are prepared to move on to a healthier relationship rather than compromise the integrity of your life.

Being firm in your stance may cause an emotional outburst or a very ugly argument but then you’ll see the depths of the short fuse this lady is dealing with. If she curses you out and put hands on you, it’s over. She’s so far gone that only her family, a therapist, and a higher power could help her get her emotions back in check. I know it’s hard to hear this since she may look like your dream girl and can act out all of your sexual fantasies, but like my grandfather once said, “Only a fool thinks all nutcases are ugly.” I know having a short fuse is far cry from being committed to a psychiatric ward…but what can I say, the old man didn’t believe in mincing words. I’m sure you get his point.

Proceed with caution, fellas, and be prepared to make a U-turn, because dealing with a mean girl can be quite a bumpy ride.