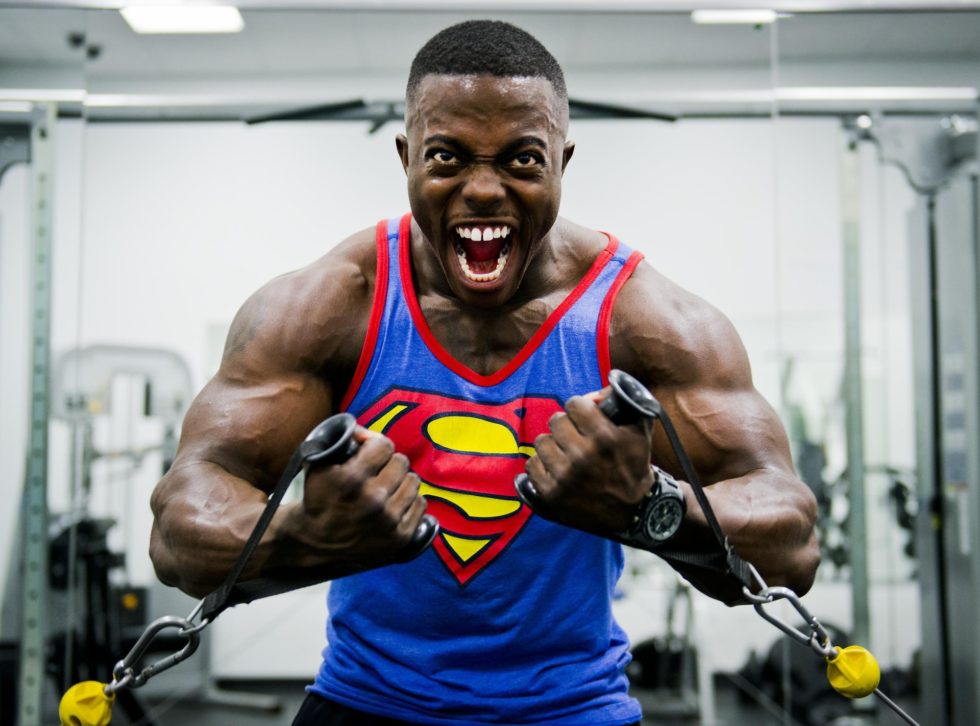 When I first started lifting weights and building muscle, it was for one reason only; to attract women. I thought that if I had huge shoulders, bulging biceps and a ripped six-pack, that I’d automatically become irresistible to women. And could you blame me? With today’s image conscious media, it is easy to understand why so many men make a connection with having a muscular physique and having women fall at their feet.

So do you need big muscles to attract women? Well, the answer is no, and if you still think that being built like a bodybuilder will instantly attract a lot of women, then it’s time for a reality check! Here’s why…

It is deeply fixed into most guys’ heads that when it comes to building muscle, that bigger is always better. Look at any men’s health and fitness magazine and you’re likely to see some shirtless model with a ripped torso and veins popping out all over the place. To achieve a body like this takes years of weight lifting and dieting that most men simply don’t have the time or motivation to achieve. And this is why the guys you see when you’re out and about are going to be of all different shapes and sizes.

Think back to your last night out at a bar… Now ask yourself, which guys in the room generally appeared to be getting all the attention off of women? Where they all bigger than you and built like a brick shit house? I’m guessing not.  It’s not a guy’s muscular physique that grabs a woman’s attention; it’s who a guy is that’s attractive to women.

Now let’s say that you’ve noticed a few muscular guys in the room that do seem to get a lot of female attention. Do you still believe that women only talk to them because of their ripped physique? The truth is, women don’t automatically fall at a man’s feet at the sight of his broad shoulders and bulging biceps, otherwise you’d see women doing it all of the time. In the real world, it’s his confidence that’s doing the talking, not his muscles.

Of course, a guy who works out often and keeps himself in good shape will have a confidence boost and feel good within himself. In turn, his confidence will attract women. However, it would be wrong for you to think that if you did the same, that you’d automatically improve your success with women. You could be in the best shape of your life, but if you lack confidence and are intimidated by the women that you find appealing, then attracting women will still be difficult. Women are attracted to men with confidence!

So, if you’re lacking confidence now, would going to the gym 4-5 times a week to build a muscular physique change anything? Not really. Yes women are attracted to strong men, but it’s not necessarily physical strength that attracts, it’s also mental and emotional strength (i.e. confidence, leadership, alpha male mindset etc).  Women are attracted to men that are confident in themselves, that are their own man, and ambitious in life. When you become this guy, women will be attracted to you.

Work Out Because You Want To

Don’t get me wrong, working out regularly and looking after your health can only be a positive thing. But if you’re spending hours every day down the gym, then you’re totally missing the point. Of course having a V-shaped torso and a lean, strong mid section, women are going to find you attractive. But you should work out because you want to, not because you feel women want you to. No matter how big your muscles are, if you lack confidence then women are going to feel mentally and emotionally stronger than you and that is a major turn off for women.

Women want a man that can protect them and confidently handle himself in today’s modern world. Women no longer want the beefiest guy they can find, but for someone with more mental and emotional strength than she has, so she can rely on him to protect and guide her through life when needed. So, forget the male models on magazines with their perfect six-pack abs and be more realistic.  I recommend that all men should work out in some form, but if you’re busting your balls down the gym to bulk up, purely to attract women, then you’re wasting your time. Do it for your own well-being and because you enjoy it, not because you think women will see you as strong and find you irresistible.

Conceal that Teeny-Bopper Side