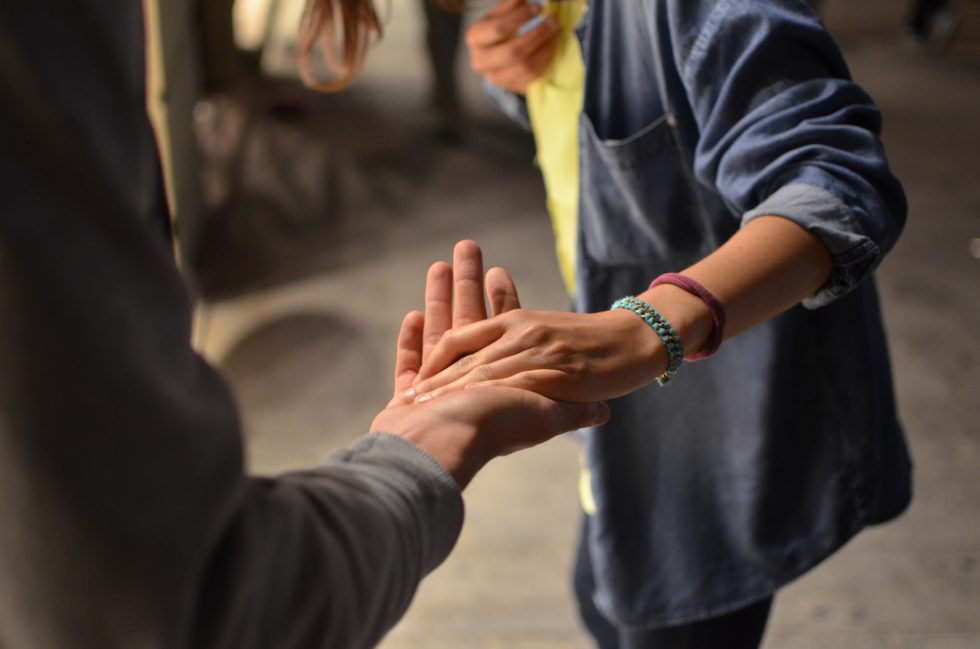 The night is young, and Beth and Shawna are on their way to meet their friend Cassandra at this new restaurant in the middle of town. Upon arriving at the restaurant, they meet Cassandra in the parking lot and begin to power walk toward the entrance. All three women are dressed to the nines and ready to have a great night of girl fun with lots of gossip, drinking and most of all, no boyfriends around.

As they are approaching the entrance, Beth gets a phone call and checks her phone. In that brief moment in which she’s looking down, a guy walks by. He gazes at her, and out of nowhere quickly runs his fingers through her hair.

This startles Beth into looking up to see who was touching her. It’s a guy with blond hair spiked with enough gel to be bullet proof. But the creep isn’t done yet. He then decides to plant a wet, sloppy kiss on her cheek. Beth gets upset and tells the guy to get lost or she will have him dealt with.

Why doesn’t this surprise me? I’ll tell you why. You’d be surprised at how many women are sexually and verbally harassed on a daily basis. During the day, I see men calling out to women as if expecting the woman to run toward them like a dog. At night, when women are out with their friends, all kinds of drunken, sloppy guys approach them asking for a date or putting their hands on them as if they have a right to.

Men are obsessed with women, and this is the very same reason many of them cannot get date. There have been many times when I’ve seen a man bending over backwards trying to get a woman to like him by bribing her with drinks or begging the woman for a date. It sometimes gets so bad, you can smell the desperation across the room as if it were a big old stinky fart.

Men can’t stop thinking about sex, and this is why there are so many men’s magazines such as Playboy, Penthouse, Hustler, etc. When they see a woman they find attractive, they lose all control like little five-year-old boys.

You can always tell when a guy hasn’t had a date for a while, because he’s usually the first one to go up to a woman and start giving her tons of cheesy compliments such as, “You’re the most beautiful woman I’ve ever seen,” or some crummy pick-up line that makes even the most clueless men blush in shame.

These guys are very easy to notice in the venue because they are usually standing up against the wall looking around, or staring at women like they want to eat them like a big juicy steak. If we guys notice this type of behavior, then definitely women can. And this type of behavior freaks women out big time, causing them to run away faster than a deer in the wild. These guys are the ones who haven’t had a date in years, and eventually start to blame all women for their lack of social and dating skills. They accuse women of only liking bad boys and not appreciating the good guys.

Eventually these guys get so desperate and hateful of women that they actually lose all common sense and moral behavior. As time progresses, they creep women out with not only their behavior but also their actions. Actions such as groping random women’s butts in different venues like fairs, festivals and clubs. In fact, the only reason these guys attend these events is to check out all the women and physically harass them.

Every relationship between a man and woman starts with first meeting. During this magical time, it’s very important to create a very good first impression. You should be dressed clean and have a great sense of style. Have something unique about you such as your shoes or a watch that stands out from the ordinary. Your hair should be clean with an updated style. Women generally like men with a little longer hair, as long as it’s not too long.

When first starting a conversation with her, don’t start badgering her interview-style or asking yes-and-no questions like every other schmuck in the venue with the usual, “What kind of work do you do?” or “Are you from around here?” Instead ask her original, open-ended questions. Ask her stuff that other guys usually don’t ask her, but make sure it’s not a question that allows her to answer yes or no. Make sure that it requires her to explain a bit and gets her talking about herself. This allows you to gain a little bit of information about her in order to establish a bond with her, and also gives you a chance to decide if she would be someone that you would like to get to know better. There’s no reason for you to waste a lot of time getting to know someone who isn’t your type.

Also, make sure you don’t immediately start putting yourself down in front of her as this shows lack of confidence. Don’t start talking about sex, as this shows desperation. Show her that you have a fun and relaxed attitude by joking and teasing her. If she seems like a very laid-back person herself, you can start to talk about more taboo subjects – but only if they seem appropriate at the time. Don’t go out of your way to talk about such subjects or start bragging about sexual conquests, or you will come across as a complete fool and full of garbage.

And never start mauling a woman you hardly know. Start with casual, light touching, say on her arm or shoulder. If she reciprocates, then gradually touch more in a still-respectable way as you both get more comfortable with each other and she gives you hints that you can progress farther. Trust me guys, if she wants more she will let you know. And never force yourself on a woman. Always respect her wishes, especially when she says no.

Follow the above advice, guys, and stop showing desperation. It smells like farts. Plus, women hate it. Above all, stop groping random women you hardly know. It’s very creepy.