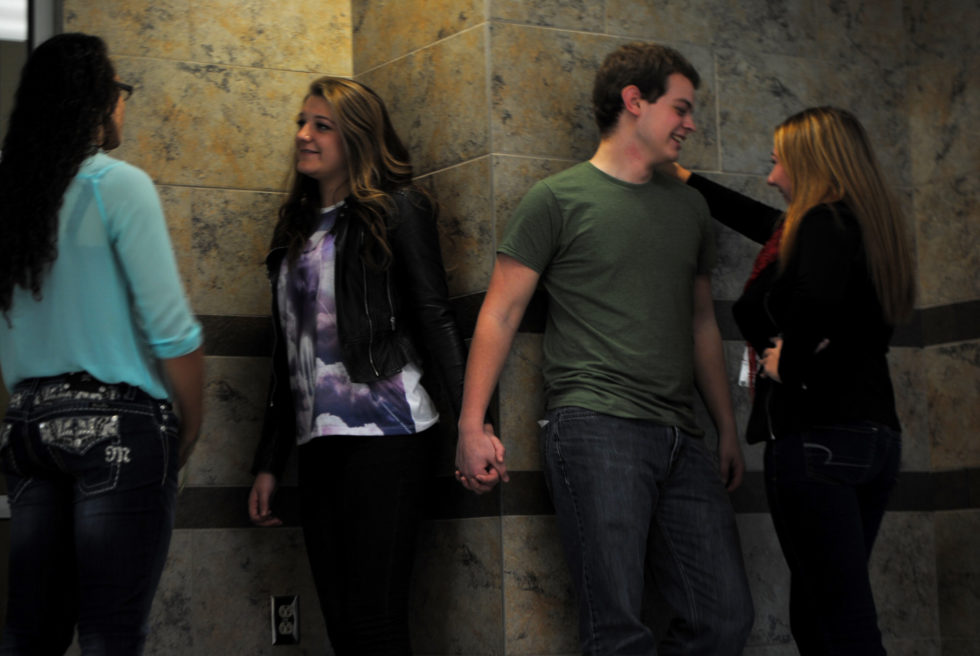 Cheaters aren’t born, they’re made. Are you making one out of your man? He may not be cheating. He might never cheat (some are better at committing than others). But that doesn’t mean he won’t resent you and look for love in other places. Here are 7 reasons you might be pushing your man to reassess his options.

You don’t have to be a wild sex tigress with super flexibility who knows thousands of positions to be interesting in bed. You just need to know how to create an atmosphere of intimacy when you want to. Remember when you first met your man and all you had to do to get him hard was breathe on his neck? Not anymore. You go through the motions of sex but you don’t care. Your man might not be able to get a woman with a better body, but he can certainly find one who cares enough to make him feel noticed. She might be chubby but she’ll make him feel goooood. When was the last time you tried to make your man feel gooood?

2. You never give him that smile

You know, flirting? That thing you did when you first met? Flirting is a fun, sexy form of communication that you can do anywhere to remind your man that he’s your choice. Flirting is also an easy way of letting the women around you know that you keep your man interested and that they need not apply. However, judging by your behavior, you don’t really seem to care if they do try for him… do you?

3. You criticize him constantly

Do you have any idea how many orgasms you’ve missed out on because you bit your man’s head off as soon as he walked in the door over something as stupid as a carton of milk? Nobody likes to be criticized constantly. If you think your man is supposed to be perfect, you signed up for the wrong shift. He’s not perfect. He forgets, he’s lazy, he loses focus. Are you really interested in making him feel like you’re always judging him? If you do, he’ll run. He might not cheat, but he’ll certainly close himself off to you.

4. You’re a slob around the house

Now that you’ve been in relationship for awhile, you’ve decided it’s okay to dress like a colorblind hobo when you’re with your man. Is it really so much extra effort to put on a cute outfit instead of those ratty old sweatpants? Jeans and a cute t-shirt take the same amount of time to put on as your pyjama pants when you get out of the shower. You DO shower, don’t you? If you don’t have a perfume you really like, get one. He’ll memorize the scent and associate it with being near you and whatever that entails. There’s a lot of power in scent. Put it to your advantage or watch him end up with a woman who uses a nice-smelling bath soap.

5. You expect him to care about your relationship with your mother

He doesn’t. The best man in the world will smile, nod, and respond at appropriate points in conversation. But he doesn’t care. Bringing up your mother just makes you seem more like her and unless she’s a magnificent woman, you don’t want that (especially if she’s single).

6. You expect him to be on the same wavelength as you

He’s not. When you got mad at him for going out for drinks with his friends because he was supposed to instinctively know that you wanted to spend time together? That just made you look like an angry tramp. Communicate. Communicate clearly. Communicate in writing. Communicate multiple times if necessary in order to make sure he knows what you want. This doesn’t mean he’s stupid or doesn’t care about you. It means he’s probably a bit less organized than you and has a lot on his plate. Expecting him to know what you want without you clearly telling him will make your relationship feel like a series of mind games. Men cheat on women who play needless mind games.

7. You disrespect his friends

They were there before you and they’ll be there after you. Don’t blame him for his friends’ behavior. They belong in his world just as much as you do. Sure, he might have abandoned them a bit when you first met, but it’s back to real life now. He needs time with them just as he needs time with you if he wants to feel fulfillment in his life. He’s not going to leave his friends for you, but he might leave you for his friends. Don’t push.

Sure, there are many exceptions to any rule when it comes to relationships. You might do all the above and think your relationship is fine. But is it? We all want to be the exception. Why not make sure these 7 reasons don’t apply to your relationship and make it an exceptional one? I hope you do!