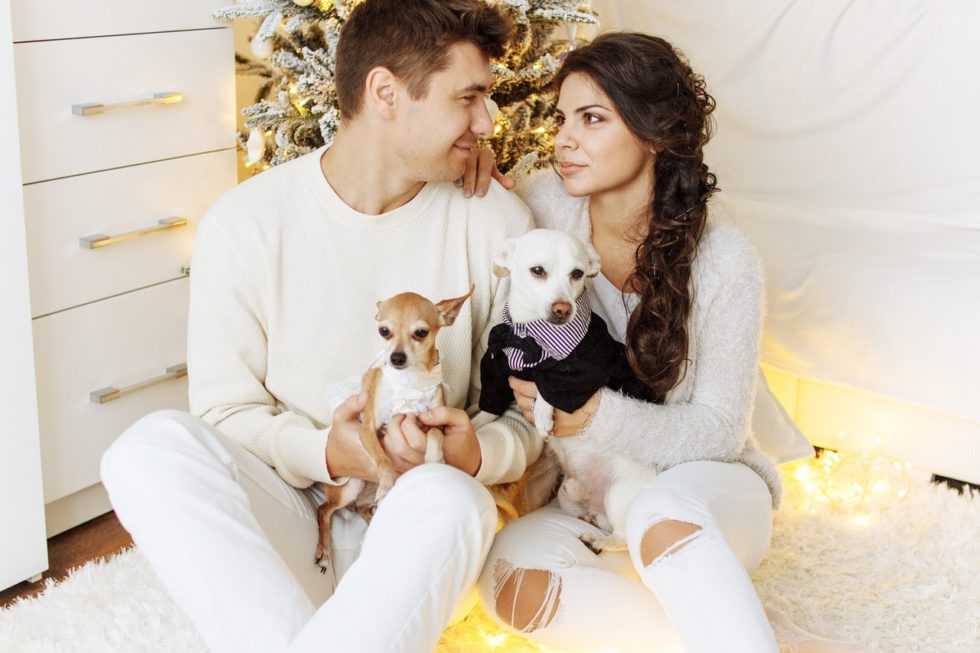 I’m a pet person. My dog and I are a bit of an item. Not in the weird, purse dog on a first date kind of way (as you can see, that would be one h*ll of a big purse) but in the, I have a dog, he’s awesome and you’d better like him too kind of way.

For example… if you aren’t a dog owner, you might not realize that the following things are perfectly normal when you date someone who shares life with a dog: 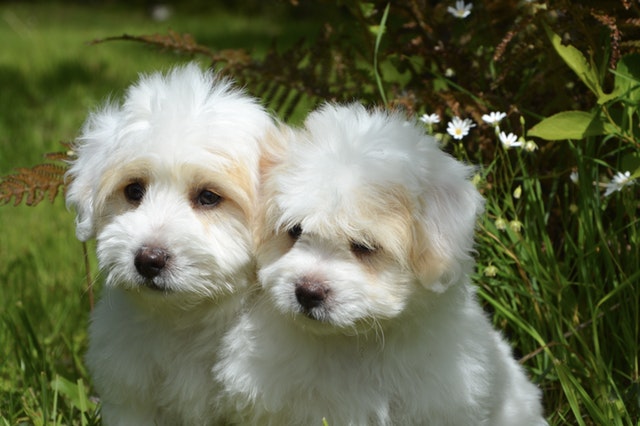 Unless your significant other has a poodle or one of these kinds of dogs, you are going to have to learn to live with pet hair. Vacuums, lint brushes, lint rollers, and clothes the same color as your s.o.’s dog are going to become some of your boon companions if you are at all averse to wearing an exterior coat of randomly placed pet hairs. Velvet and fleece wear… not so much.

On a similar note, slobber can also be an issue especially for dogs with noses that have lip flaps (like St. Bernards, Bernese Mountain Dogs, Great Pyrenees, boxers, etc.) If you don’t want to live in Turner and Hootch world, you may want to carry a rag or catcher’s mitt with you to catch the drips before they ruin your slacks.

Note: ALWAYS check your derreire before leaving your date’s house. Hairy butt isn’t a good look for anyone.

Sadly. Any dog higher than your knee is going to be overly fond of investigating your most private parts. If you’re a fan of going commando in a mini-skirt… don’t say I didn’t warn you. At times, this may be accompanied by “humping.” Rest assured, your date’s dog isn’t trying to beat your date to the punch… rather, the dog is asserting that it’s higher in the “pack” than you. If you or your s.o. don’t agree with the dog’s assessment of your rank or the continual goosing, call Captain Trainer Man to get the job done.

Dogs have a pack mentality. Watch the “dog whisperer” Cesar Millan on one of his shows… he talks about it all the time. But basically… you and your s.o. need to agree on where you are in the pack and then let the dog know so you are all in agreement with who’s boss. Note: If your significant other determines that you are, in fact, below the dog in pack hierarchy… you may want to consider dating a cat person instead.

If you’re dating/married to someone who doesn’t believe in dog training… well, I’m sorry.

Get ready for a life of dogs gone wild (and know that your date is likely to let kids walk all over him/her as well.) Climbing on tables, counters, laps, beds, aggressive guarding behaviors, incessant barking, embarrassing dog encounters… it’ll all be a way of life with the untrained dog and owner. If you step in and try to discipline or remove the dog from *your* pillow without your date’s approval or encouragement, it’s going to be a bad day for both you and the dog.

Dogs fall in the middle of the neediness spectrum.

Babies need more attention, cats need less… and if your date is telling you that he needs to be home in the morning to let out the dog, he isn’t lying (unless he has a dog door and fenced yard.) I don’t know anyone (dog OR owner) who enjoys living in a house where “accidents” regularly happen due to owner negligence.

Some dog owners tend to include their dogs in conversation.

I know it may seem weird to be talking on the phone and all of the sudden realize that your girlfriend is not, in fact, talking to you, but rather snuckums or the dog (personally, I’d just be glad that it’s the dog’s moniker and not the one she gave you — snuckums is embarrassing enough in private much less a public slip of the tongue.) Rest assured, it’s pretty normal and not anything to get peeved about unless it happens so much that you wonder why she called you in the first place when it’s obvious that she’s more interested in talking to the dog.

In the same vein, dogs are capable of learning

(as far as humans know) between 200-250 words, so when your date starts spelling… it’s usually for more than spelling bee practice. For example, if I say “squirrel” or even “Squ-ah” Dylan goes to look out the window or up into the nearest tree. If we’re in a closed room and I say “squirrel!” he looks at me like I’m an idiot and does nothing more than cock his ears. I’ve learned to spell everything from “walk” and “dog park” to “squirrel” and “frisbee” unless I want him bouncing around like a pogo stick on crack.

Dogs do tend to pick favorites

and if a dog doesn’t like you, it may be a short road for you with its owner. Most of us have learned to trust dog instinct over the years. Whether the dog is overly friendly (like mine) or very selective, an owner tends to pay attention to what his/her dog thinks of a new person. Some tips for avoiding negative initial reaction…

If you don’t like your date’s dog, DO NOT SAY SO!

Most dog owners are as particular about dog criticism as they would be baby criticism. If you have allergies or dog phobias, you’re going to have to find a way to deal with them until you and your date decide that you might be a long-term item. At that point, if you’re still having problems… you may need to bring up how to find a compromise or solution. Asking someone if they would give up their pet for you before you’ve determined compatibility is a quick way to get voted off the island. And p.s. if you really don’t like dogs that much — why are you dating a dog owner?

By that I mean, you may be dating a hunter who kennels his dogs outside and rarely lets them inside the house. His attitude is about as different from the purse dog girl as you can get. A word to the wise… If he doesn’t like dogs in the house and she thinks a dog needs seasonal collars and its own pillow on your bed… it’s going to be a long road of misunderstanding and anger unless there is significant conversation and compromise.

You may find yourself doing a lot more outdoor activity with dog in tow.

When you win over your date’s dog, there is a certain thrill of accomplishment (sometimes for your date as well.)

It’s perfectly normal to become completely attached to *your* dog at this point.

It’s totally possible. I’ve had both and been fortunate enough that my dog doesn’t view kitties as a lunchable, but if you are a cat person… LISTEN to your date if he/she says their dog isn’t good with cats. Sometimes it’s hard to conceive that your pets may not like each other as much as you do, but you really don’t want to remember him as the guy whose dog tried to eat your beloved Fluffy.

Offering to dog-sit may seem like an easy way to show you care,

but don’t do it until you’re familiar with the dog in question or really know your way around a dog. You wouldn’t believe all the things that can go wrong for the uninitiated. Home Alone never looked so good… 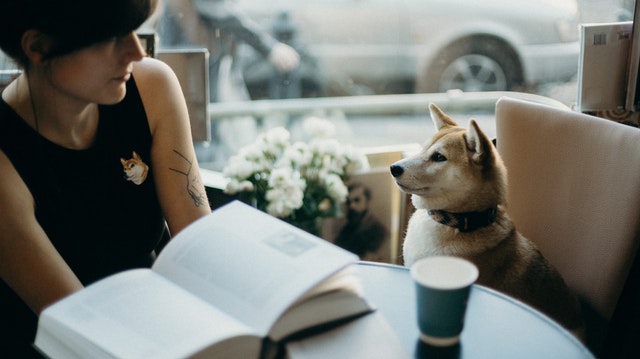 I know that I’ve shared mostly warnings for the dog newbie in this post, but that’s because I know it can be a huge adjustment for a non-dog person and some of the points listed are biggies in causing arguments and rifts in a new relationship. But I wouldn’t be nearly as happy without a dog in my life… he’s the best when it comes to offering comfort when I’m not feeling so well, he’s always happy to see me, he makes people around me feel incredibly loved, he lets me take care of him and love on him, he reminds me to find joy in each and every day… there are so many ways he’s made my life better.

There are all kinds of websites aimed at dating for dog owners… putting it pretty firmly in a special needs dating niche. I agree in some ways. I think it would be really hard to date someone who not only hated dogs but hated mine in particular. That being said, with communication and understanding, I think a lot of things are possible for a dater willing to look outside the preconceived deal-breaker box.

Dating by Numerology: Does Your Love Life Add Up?

Top 10 Really Bad Love Songs To Sing To A Girl