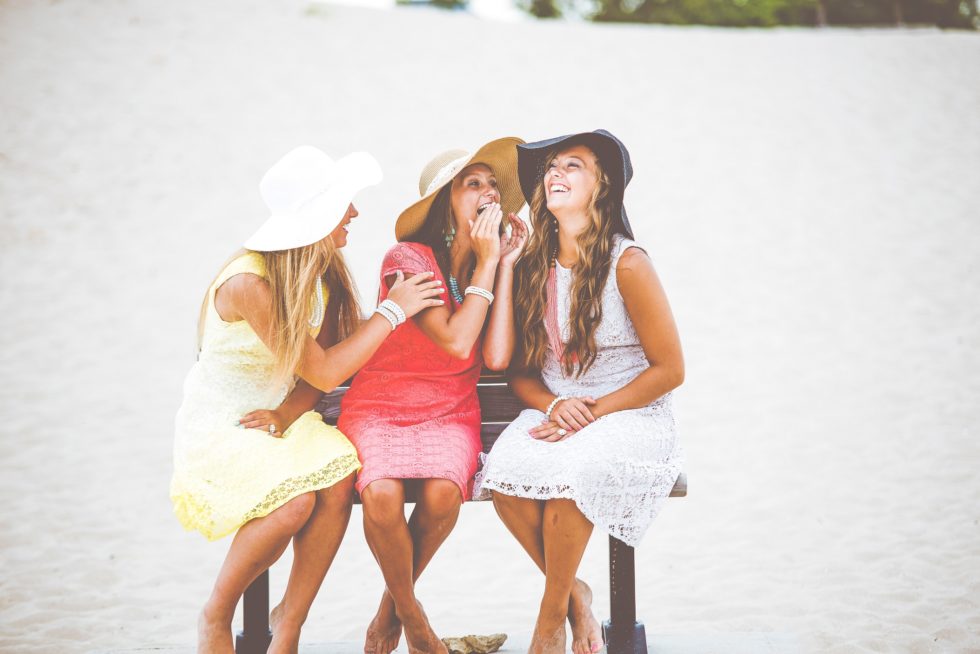 I’m not even going to lie. I’m completely guilty of saying this:

I can’t be friends with women. They’re all back-stabbing catty bitches, and I’d much rather hang out with guy friends.

I once thought that I was the exception to the rule for feeling this way since having grown up as the only girl in a pack of male cousins, I wasn’t as comfortable around women as I was around guys, but this unfortunately seems to be the consensus of opinion with women. Frankly, it’s a fucking shame. Being friends with other chicks really isn’t that difficult when you realize a few important things.

There are so many versions of this adage that it sounds cliché, but it’s true. Girlfriend relationships are the same as any other relationship in that they have to be nurtured. We all have extremely busy lives, but if you constantly blow off your girlfriends’ calls, then don’t get pissed off when they have trouble finding the time to return your calls. Nurturing also comes from supporting each other.

Friends should want to see each other excel and help each other to reach their goals. Climbing a mountain is easier with two people, and if your girlfriend reaches the summit before you, then be happy for her! Jealousy is a friendship killer, so don’t let it come between you and your friend.

She Doesn’t Want to Fuck Your Boyfriend

Let me start by saying that I know that this is a tricky area because there are unfortunately the (fucked up) exceptions to this rule, and if you had a girlfriend who cheated on you with your boyfriend, I’m sorry and I invoke a yeast infection curse on the bitch that betrayed you. Your true girlfriends though are not going to do this.

I have a girlfriend who is a shameless flirt. It is sometimes annoying as hell when she vapidly giggles at a guy I’m dating, but this is just her personality and I know that she would never do anything to hurt me. On the flip side, I also had a childhood girlfriend who introduced me to her first boyfriend by snarling at me to “stay the fuck away from him”. I was stunned that she felt the need for such a warning because I was genuinely happy that she had met someone that she fancied, but I tossed it up to new boyfriend jitters and let it go. After her third boyfriend and her third snarling at me though, I ended the friendship because she obviously had a low opinion of me if she assumed that even after years of knowing me I would attempt to steal her boyfriends. If your girlfriend has given you a reason to doubt her loyalty, then that’s one thing (and why are you friends with her in the first place?), however by assuming the worst of your girlfriends you look like a shitty friend.

Stop the judging, girlfriends! There are many types of women: tomboys, princesses, stay-at-home moms, single-working moms, career-women … They are all woman who just made different choices. Just because they decided that one path was right for them doesn’t mean that they think that your path is wrong. Instead of feeling threatened by our differences, celebrate them! Women are diverse and awesome!

It’s a rough world out there, but you can get by with a little help from your (girl) friends.