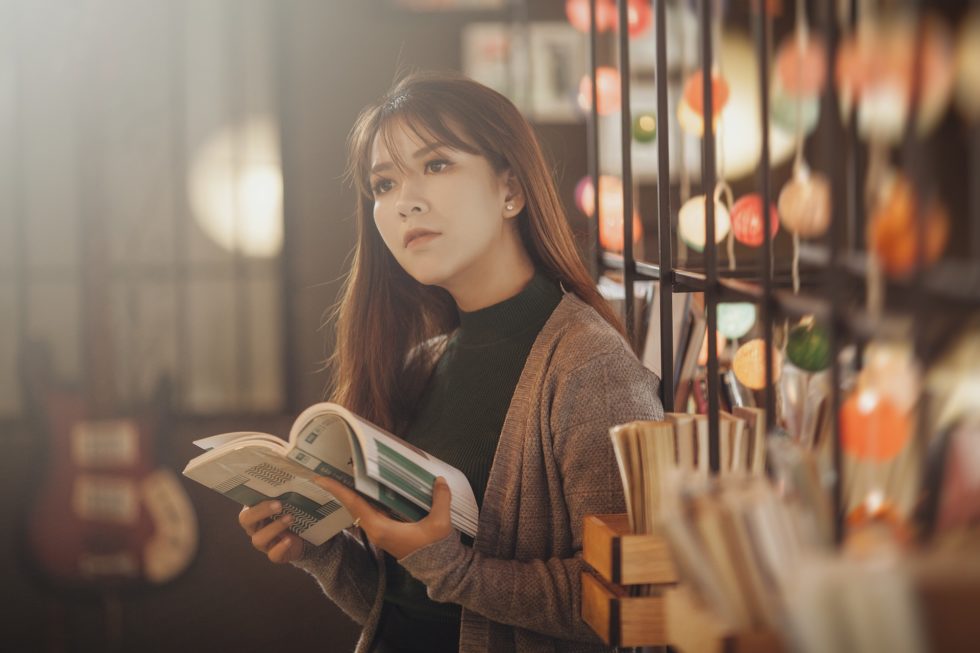 “Men actually think this girl exists … You are not dating a woman, you are dating a woman who has watched too many movies written by socially awkward men who’d like to believe that this kind of girl exists and might kiss them.”

Leaving the actual nuts and bolts of the story out of it, Gone Girl got me thinking about the main character’s sneering assassination of the ever popular, idolized cool girl. The media are obsessed with cool girl and represent her in many ways. From New Girl‘s airy, optimistic, glasses-rocking Jess, to Gone Girl‘s Amy, to The Duff‘s Bianca and company: Hollywood can’t resist throwing images of this awesome, kick ass, unapologetic chick at us.

But does she even exist?

I’d like to think so. I’ve been dubbed a cool girl, either by other girls or by well-meaning guys. I always took it as a compliment. Everyone wants to be cool, right? Bender from The Breakfast Club cool. That effortless, balls-out cool. The cool you admire and are drawn to. Everyone wants to be that, and everyone wants to be around that. Lately, cool girl has become Manic Pixie Dream Girl, thanks to film critic Nathan Rabin, who claimed they are hip, cool, and smart, yet unbelievably goofy and attainable.

Rabin doesn’t mean this as a compliment. He is criticizing the current cool girl and saying women like her can’t exist because, essentially, no one can be all of those things. He’s missing the point a bit. Of course that extreme version of cool girl doesn’t exist, but that doesn’t mean individual women aren’t cool in a plethora of ways.

Throughout the centuries, men have always crafted the ‘ideal woman’ of the time. The demure, saintly, absolutely virginal waif from the 1500-1600s (shout out to Billy Shakespeare for breaking that! You go, Glen Coco!) to the multi-lingual, witty, dancing, singing, harp-playing Elizabeth Bennet from the 1700-1800s. In the 1900s, the ‘ideal woman’ seemed to change with each passing decade: from the Edwardian Downton Abbey-lady, to the Roaring Twenties’ flapper, to the Susie Homemaker of the mid-20th century. An intro level Women’s History class will teach you that the patriarchy has created these women, expected women to fit these narrow molds, and put only those who do on a pedestal.

Today, this isn’t the case. Women have more rights and freedoms than we’ve ever had. Although hardly perfect, it is indeed the best time to be a woman…comparatively.

So, because I’m fine going to a ball game that means I’m trying to be the cool girl? I thought I just enjoyed sports. Since I enjoy discussing philosophy – a field historically dominated by intelligent and arrogant men – that means I must be trying to hook a man? Well, that’s funny because I’m happily ring-less.

Men are always going to try to take ownership of an ideal woman. Today’s cool girl is Jennifer Lawrence/Emma Stone/Anna Kendrick, so guys are going to idealize women like them. “Wow, she seems so…cool! The kind of girl who’s totally go to a Steelers game with me, eat a crap-ton of food, and still be totally hot and sexy.” That’s the collective misconception men have of women. They’re always going to have it. Even the coolest of girls have flaws, just like everyone else. At least we, as women, have taken ownership of whatever the Ideal Woman is.

I’m a cool girl and I’m not apologizing for it. I’m not perfect; I like some sports (not football), and I like a good hamburger. We can watch Wes Anderson or Francis Ford Coppola movies together, gents, but I’m not going to agree with everything you say. And that’s fine. As long as I’m doing these things for me, then I’m a happy cool girl. If I start doing something in a desperate, predatory manhunt, then we have a problem.

That’s what I think, at least. We’re all cool girls, even if some of us can’t change a flat tire (sorry, Dad, I still can’t figure it out). Whatever makes you different, not whatever makes you what society deems cool, is awesome. Embrace that, and let society try to figure you out. If you’re a cool girl because you want to be, then go for it, even if others call you fickle. Just don’t let a temporary alignment with today’s Ideal Woman define you. Be the you that you like, not the one you think he will like. Eventually, the one you’re going to be with is going to like you for you, not for the person society thinks you should be.