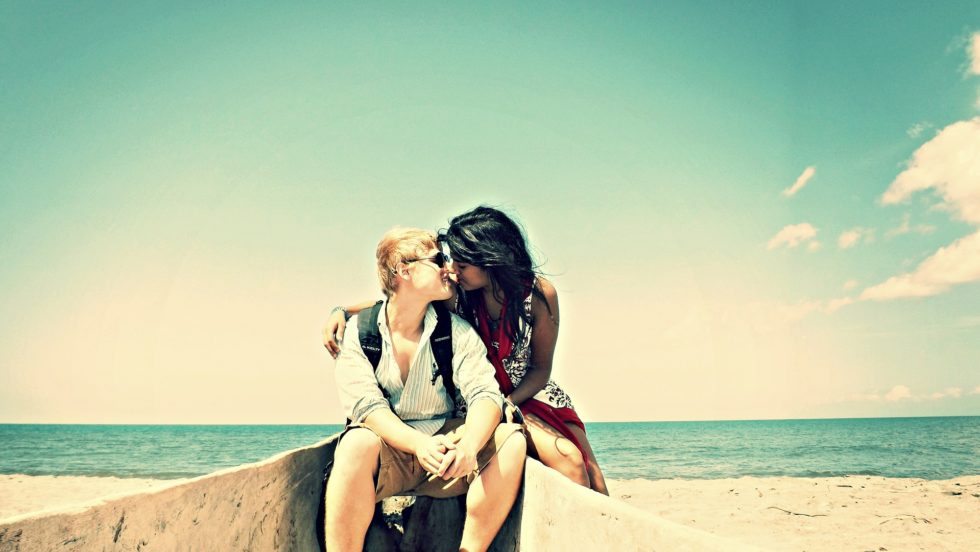 Guys often come to us with ‘tactical’ dating problems. Stuff like:

We love questions like these, because there’s so very much unpack… especially when considering that whenever we analyze a “What’s the best move?” situation, our answer usually reaches far, far earlier into the interaction, questioning the very sequence of events lead to the problem. When it comes to any romantic interactions with women, keep in mind one of the best ways to look at most of these issues is to take a step back and look at the bigger picture. Guys get caught up in ‘dating tactics,’ that they don’t have the perspective to pull back, see the forest for the trees and re-adjust their overarching dating strategy.

Two of our good friends, Tactical Tim and Strategy Sal will demonstrate this shortly.

Tactical Tim: “Hey man, how do I get this girl with a boyfriend to text me back?”

Strategy Sal: “WTF are you talking about?”

Sal: “What did you just say? You want to know to get a girl with a boyfriend to text you back?”

Tim: “Yeah. What should I say? I told her she should come hang out and she sent me a text that said, ‘sorry,i have a bf so i can’t.’”

Sal: “Tim, dude, Look around you. We’re in this trendy cafe in the middle of downtown. There are more hot girls right right over there, even more all around us, and literally TENS OF THOUSANDS more walking around right outside. For as much as you talk about “abundance mentality” and not getting “one-itis” for a girl, it seems like you’re pretty wrapped up in this one little girl. I mean, look at yourself – you’re still trying to figure out what to say to her after she’s told you straight up that she’s got a boyfriend.”

Tim: Yeah, good point, bro. But I still want to know what should I text her to get her to meet up.

Tim: I know exactly where I’m going with this. I know you think it’s dumb that I’m messaging her even though she has a boyfriend, but I just want to know what should I text her.

Sal: That’s not why I think it’s dumb. I think it’s dumb because every second spent with her is missed time you could spend with a hotter girl who is really into you and is loyal and honest. Tell me, what’s your goal?

Tim: Yeah, I wanna know what to say to this girl in a text, because she told me she has a boyfriend. I need to get around that objection if I want to even have a chance.

Sal: A chance at what?

Tim: A chance at getting her to meet up?

Sal: So if she meets up… You win? That’s the end of the game?

Tim: Nah man, but I know I can get her back to my place if she shows up. My game is tight once I get the girls in front of me! That’s why I need your help with the whole texting thing.

Sal: So, your goal is to get her back to your place… To have sex?

Sal: Right. Well then, you’re saying your overall strategic goal is to get laid?

Sal: Ok, here’s what I would do. Start talking to all the hot girls you see here. Find which ones that like you right off the bat – not only are your odds better with any of them, thing will go faster, easier, with less stress and a lot more fun for both you and her than dealing with some girl that told you she has a boyfriend. I mean, are you really that eager to catch whatever he has?

Tim: Yeah yeah yeah, I know, but I just want get laid fast and this girl seemed to be totally down before she mentioned the boyfriend thing. Oh yeah, you should totally see her! She’s so hot! Hold on a sec, I just through of a funny reply to send her.

Sal: You realize that fast sex is out of the picture with this girl and that the more mental energy you spend on her the harder it will be to get what you want right? Well, go right ahead. I’ll be talking to those pretty ladies over there.