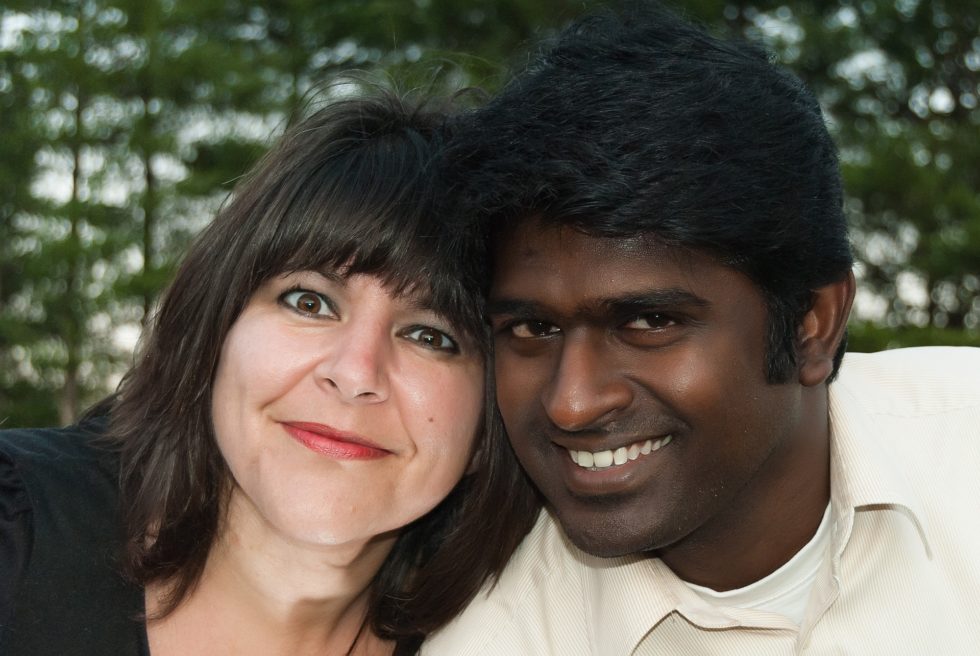 Scandal and drama once surrounded the mere mention of biracial relationships, but today the topic would not even garner a reaction in most modern social circles. Two people walking hand-in-hand across a college campus might attract attention if one sports a green Mohawk and the other wears purple pigtails, but not because their hands are differing colors. However, if that same biracial couple left the modern utopia to find themselves in a more conservative society, a new set of challenges would unfold. What challenges do biracial couples face in society and how can they be overcome? Read below to explore the effects of race, society and culture on biracial relationships.

What is a biracial relationship?

When two people of varying races or ethnicities enter into a dating or marriage relationship, that amalgamation is a biracial relationship. The term often brings to mind a “black and white” issue, but people of any race including Caucasian, African American, Asian, Middle Eastern, or Hispanic can be part of a biracial couple. If that couple has a child together, the baby will be a genetic mixture of both races, simply labeled as “biracial.” “Multiracial” is a term used to describe biracial people or groups who are a mixture of more than two races.

When did biracial dating become a common practice?

Racial discrimination and segregation is not specific to one ethnic group, race or even country. Nazi Germany enacted horrible human rights violations in search of “ethnic purity.” The Apartheid system of South Africa promoted white supremacy and eliminated the rights of the country’s native people.

If you have ever watched Gone With the Wind or any other Civil War flick, you know that race relations closer to home in America have never been a pretty issue. It is incredible to think that less than a century ago, races in America were segregated in schools and public places. Despite the fact that racial equality as a movement has a short history, human nature and its need for love goes back to the beginning of time. Social consequences for those who dated outside of their race were almost unthinkable in most historic societies, but still not enough to stop interracial relationships motivated by love or passion. Punishment for the action silenced most of these couples and their stories, but some survived, including the affair of President Thomas Jefferson and a female slave, Sally Hemmings.

The title “Loving versus Virginia” might ring a bell in your mind, but it is not a landmark film or revolutionary album. It is a civil rights case that changed the face of the movement and the story begins in 1958 when Mildred Jeter and Richard Perry Loving were married.

The biracial couple’s home state of Virginiacharged the couple with violating a state law banning marriages of any “white and non-white person.”  The United States Supreme Court declared the state’s law unconstitutional, and the firestorm of events that followed ended all legal restrictions regarding marriage and race in the entire country.

A national survey conducted by The Washington Post, the Henry J. Kaiser Family Foundation and Harvard University concluded that because biracial relationships are increasingly tolerated and supported by the societies in which they operate, the instance of these relationships is increasing at a fast pace. Biracial statistics collected by the U.S. Census Bureau report that almost two million couples in America are biracial with one Hispanic partner and one partner of another race. This statistic is staggering when compared with other Census data that reports 700,000 Caucasian/Asian couples in the country and 450,000 Caucasian/African-American couples.

What challenges do biracial couples face?

For the members of younger generations who exist in environments of social acceptance, racism can seem like a non-issue. However, for those taking part in an interracial relationship, no matter how forward-thinking their environment may be, there will likely come a time when racism will rear its ugly head and show its tarter-stained teeth. The same Harvard University study referenced above reported that two-thirds of Caucasian/African-American couples suffered from problems with family or parents that were a direct result of the biracial relationship.

The couples also recounted occurrences of poor customer service and rude treatment from strangers in public places like restaurants and shopping malls. Both familial and public struggles brought on by race issues are evidence in action that it takes more than a law to change society.

The Civil Rights Movement set a path of equality in motion, but only 40 years have passed since Mr. Loving and Ms. Jeter were given the right to marry. Forty years is a lifetime to some people, but racism has existed for thousands of years and as testified by the biracial couples consulted in the survey, it cannot be erased overnight.

Tolerance and acceptance of differences between social groups (race, gender, etc.) is gradually becoming a fundamental element of educational programs and social groups in which children are involved. As immigration to America increases, the population becomes more diversified and so do schools and other programs in which children participate. As a result, American children now grow up surrounded by a myriad of different races and cultures and probably have friends of every color. A study performed by Teenage Research Unlimited, based in Illinois, found 60% of teens have friends with racial backgrounds different from their own.

Younger generations are also surrounded by marketing and media that promotes “colorblindness.” These influences lead children to develop friendships with people who share common interests regardless of their race or ethnicity. When children learn to develop friendships that are not based or diminished on the basis of race, biracial dating, or dating without considering race, becomes a natural next step as they mature.

Some people even seek out diversity in their romantic relationships. Online dating Websites like Loveawake.com, ColorblindPersonals.com, LoveEmpire.net and MulattoMatch.com cater to this demographic by offering mate matching services for those interested in pursuing “colorblind” relationships. DatingforBeginners.info declares that this market exists less in America because adverse opinions toward biracial dating are more prevalent in southern states and smaller communities in the U.S. On the other hand, larger metropolitan cities and parts of Europe exhibit rising incidence of interracial dating because in many cases, the practice is considered “trendy.” Biracial couples are even twice as likely to marry or live together in the U.K. as they are in the U.S.

Race as a Non-Issue

Whether Caucasian, African American, Middle Eastern, Asian, Hispanic, multiracial or biracial, people are people. This mantra is spreading across modern culture en masse, but it will still be some time before every single person ditches racism and embraces acceptance.

In the meantime, there is a fine line between preserving cultural identity and maintaining equality. Biracial dating, however, is a race issue that boils down to one simple matter: love. A partner in an interracial relationship undoubtedly has challenges to face, whether in her family or the society in which she lives, but if her relationship is strong and based on love, this should be the focus of the relationship and the challenges can become simple speed bumps on the road to happiness.