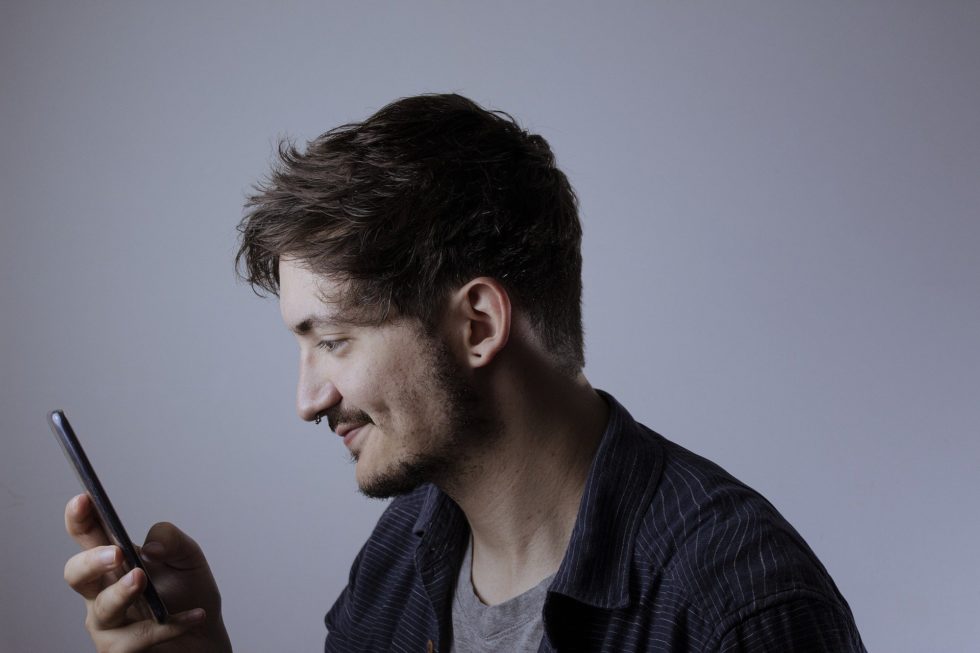 You’re out with your friends and an absolutely stunning girl appears. As your mind scrambles for something great to say, your body freezes up. She walks by and out of your life, gone forever, while you’re left to wonder what could’ve been.

I know that feeling, brother.

Getting numbers is the biggest sticking point for guys who want to get good with women. They say your first million is always the hardest to make and the same is true here. When you’ve got something to work with, it’s easy to keep progressing – but if you can’t even get numbers, how can you ever get laid/find a girlfriend/work on your social skills? (underline as appropriate)

To help you out, I’ll share the easiest way to definitely get a girl’s number.

Here’s What You Have To Understand

Before I go on, you’ve got to understand and accept the following.

The general population believes that women don’t want us as much as we want them. The idea is, you have to woo a girl before she gives up her digits (or a kiss, or sex).

This is actually our fault. Traditional, male-dominated cultures have repressed female sexuality for hundreds of years, both in their minds and ours.

Because in human societies, monogamy is superior to polygamy. Over time, ancient polygamous societies had to adapt or get wiped out by monogamous ones.

To enforce monogamy – the superior survival strategy – cultures and religions evolved to encourage female “purity”. A woman who’s pure – i.e. not sexual – is less likely to leave her man or cheat while he’s away at war, hunting, etc.

So humans developed this idea of the “pure” female; the good girl who saves herself for her husband, dresses plainly and doesn’t care much for sex. This ensured monogamy and the continued survival of our race. And even today, society judges women who express their sexuality in behavior and dress.

But George… What Does Any Of This Have To Do With Getting Numbers?!

So alright; society encourages the idea of the “pure” female. The one who needs to get wooed because she doesn’t want men as much as they want her.

Problem is, every time you’re letting a beautiful girl walk by without doing anything, it’s because you actually bought into this idea; that she doesn’t want and need you as much as you want and need her.

If you’re a man, it’d never occur to you put on your best clothes, go to the club and dance in the same spot for six hours straight. BUT WOMEN DO THIS ALL THE TIME because they’re programmed to want our attention!

They want us and want to be wanted by us. They love having us in their lives, they love being in a good man’s presence and they even love… shock, horror… SEX.

If that’s not enough good news for one day, realize that women want us so much they compete for us. This is especially true if a girl is nearing her thirties: her dating pool is shrinking every year, slowly but surely turning you into an EXTREMELY VALUABLE COMMODITY.

So unless the cutie that just walked by is already seeing someone, she’s got every reason to give you her number. The only thing you have to do is ask!

The Easiest Way To Definitely Get A Girl’s Number

Two important points to make here. When I say ask for her number, I don’t mean “um, excuse me ma’am, would you mind leaving me your number… P-p-please?”.

Also, if she doesn’t react immediately, DO NOT BREAK OR FLINCH. Don’t start apologizing or mumbling; you’ve got nothing to be embarrassed about. Simply stand there, phone in hand, until she gives you the number or says no.

Over the years, I’ve used this approach hundreds of times. I can only remember a handful of outcomes in which a single, straight woman rejected me. Think about how incredible that success rate is!

Why does this method work so damn well?

That’s why this is the first and only “line” I give to most clients who want to get good with women. It’s pretty much foolproof. Use it the next time a girl you like walks by and maybe you’ll spend the evening with someone pretty for a change!