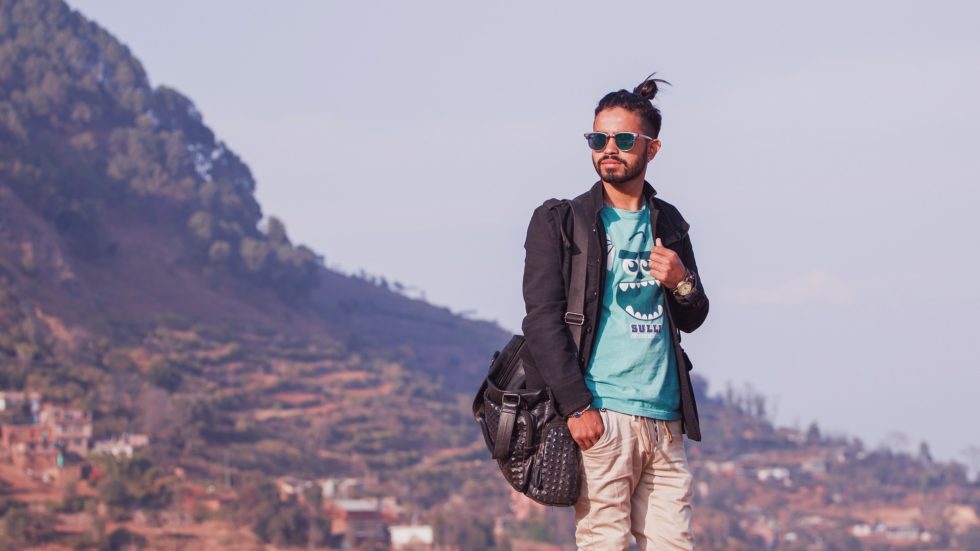 The other day I talked to a friend who’s fallen for a guy who doesn’t like her back (and is actually dating someone else). We’ve all been there and it sucks; wanting to give someone the world and knowing they don’t feel the same.

When this happens, the natural reaction is to think that giving will win the person we want over. We give gifts, time, energy and even sex to people in an effort to make them like us. But if you’ve tried to seduce a girl by smothering her with attention, you know how well that works.

(Not well at all)

If you really want to make a girl fall for you, she has to make an effort to get you. The more she invests in you, the more attractive you become in her eyes. Here’s how you can make the woman – or women – you want chase you by forcing investment from her side.

Many years ago, I read that doing someone a favor makes you like that person more. At the time, this made no sense. Shouldn’t we like people who give us stuff and dislike those who take from us?

Logically, this is true – and nobody likes being forced into giving too much. But if you think about it, the people we like the most are also the ones we’re deeply invested into.

We don’t like the girls who give us their affection easily; instead, we fall for the ones who make us work hard to get them.

We don’t like people who are too friendly and familiar from the get-go; we prefer to be around the people we have to win over slowly.

How about this typical situation: a guy addicted to a girl who causes him nothing but misery. We’ve all experienced this first-hand or through one of our friends. In these situations, a man will do anything to please the girl even though she might be a total jerk to him.

Why do these situations happen? Why do we get hooked on people who are bad for us and appreciate people we have to work hard to get into our lives?

The answer is simple: it’s because value is subjective. I might be a wise, valuable teacher in the eyes of a student but a jackass to a girl I hit on when she was having a bad day. Other people are only as important as we make them out to be.

So when you invest in someone – whether it’s time, money or energy doesn’t matter – your subconscious thinks: this person must be valuable if we’re being nice to them. And since value is what attracts us to other people (think groupies going wild over rockstars), we like the people we invest in.

Where Guys Screw Up

Most men, being creatures of logic, fail to grasp everything I’ve just said. They think that you win a girl over by giving, not taking.

When they begin to give too much and make a girl disinterested, they react by giving even more! Thus begins an infinite spiral of him falling deeply ever-more deeply in love while continuing to drive her away.

The way to turn this around, of course, is by forcing investment. By making a girl invest in you, you can turn any relationship into one of mutual interest – or make women chase you (take your pick).

When I say “force investment,” I’m not talking about physically forcing a chick to give you her car keys. Or holding her up at gunpoint while your buddy loads her T.V. into the trunk of your car.

Here’s how you do it.

A. Investment Through Acceptance Of Touching And Flirting

If a girl doesn’t say “no” and/or walk away in response to what you’re doing, she doesn’t mind. A disapproving look, moment of silence or temporary rejection means nothing.

So when you take a girl’s hand and she lets you without saying anything, you’re good – she doesn’t mind. If you try to kiss a girl you met at the bar, she turns her cheek but continues talking to you, you’re good – you’ll get your kiss in a different time or place.

Having explained that, understand that by accepting your touching and flirting, a girl is investing herself – just like you are by doing those things. Every time you do something new – touch her arm, hold her hand, squeeze her butt – and she lets you, she’s investing in you. She might say nothing, but her acceptance speaks volumes.

If you want to make girls chase you, add touching and flirtatious/suggestive talk to your interactions with women you like. Go slow at first – a touch on the arm here, a compliment on how great she looks there – and keep upping the ante until she’s deeply invested and interested in you.

2. Investment Through Gift-Giving And Following

The most obvious way to make someone invest in you is by encouraging them to give and do stuff. Here are some examples:

I’m sure you can come up with more ideas and apply them on your own. The point is the same: the more she gives, the more invested she becomes, the more reasons she has to fall for you.

3. Investment Through Putting Up With Your Bad Behavior

Another form of making someone invest is by being a bit cold towards them. The more bad behavior a person puts up with, the more invested they become.

I’m not telling you to become a manipulative asshole, create drama and inflict pain on other people. But we all have times when we don’t feel like talking to anyone or being nice. When that happens, don’t feel the need to fake warmth for her sake.

Instead, just be yourself. Accept that there are highs and lows in everything – including how much you want to be with other people and even the girl(s) you love.

Also, don’t make the mistake most guys make – don’t smother chicks with positivity and appreciation! We all need to hear some firm (or even harsh) words and actions from time to time. If she’s screwing up within the relationship, being disrespectful or unloving – do the natural thing and be a little cold.

As in all the previous cases, she will be investing in you simply by sticking around and, at the same time, fall more deeply in love with you.

If you can understand these basic principles and include these behaviors in your life, you will make women fall for you through investment. Once they become intensely interested you, you’ll the reverse boy-courts-girl dynamic and have women chasing you… Or simply enjoy an equal relationship where nobody has to do any chasing.

Knock yourself out and use these tools responsibly!