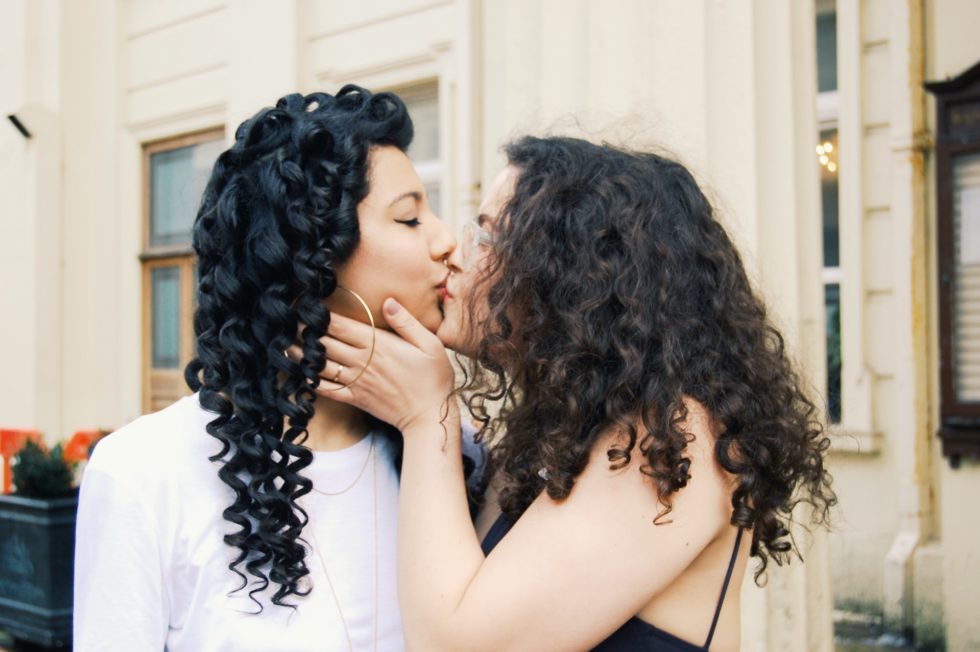 There’s a reason movies like Wild Things still land in the Netflix cue; girl-on-girl action—with or without Neve Campbell and Denise Richards circa 1998—is pretty much every guy’s fantasy. Hell, some consider it more hot than upsetting when their girl hooks up with another girl. But what if she realizes she likes women better?

Yes, this actually happens. A friend in the Marine Corps came home from Iraq to find his wife living with another woman. He was aware of her bisexual past and, because he didn’t consider it cheating, gave her a pass to fool around with women. He didn’t expect to lose his wife to one. The couple is now separated and awaiting a divorce filing.

Are you in this kind of danger zone? There’s no need to be paranoid, but it doesn’t hurt to be aware of the following warning signs from our experts. At least that way, you won’t be blindsided if you walk in on some Wild Things-like behavior.

1. She Has a Bisexual or Lesbian History.

When discussing past sexual experience, note any mentions of bisexuality or times she was solely with women. Try to get a sense of what actually happened. A fling or some experimentation in college is one thing—a full-on lesbian relationship is quite another. “She might go that way again,” suggests Mary Lou MacIlvaine, Ph.D., a psychologist in private practice in San Diego.

2. She Condones Other Women Cheating With Women.

If the subject comes up and she doesn’t think it’s a big deal, that’s a “major red flag” says Dr. Natasha Valdez, a licensed sexologist in Austin, Texas. That’s especially true if she was previously against any kind of cheating and suddenly has an open mind. “People have character defenses that allow them to cheat or not cheat,” adds MacIlvaine.

3. She Brings Up a Desire to Experiment.

4. She Spends Excessive Time With a Certain Girlfriend.

Also known as: “Baby I’m at the nail salon, the mall, the movies and then to grab food.” It’s great to have a best friend, but if she’s with the same girl every time you call—and spending much more time with her than with you—be wary. Especially if that girl is smokin’ hot.

5. She Dolls up to Visit a Female Friend.

Say your woman suddenly starts wearing sexy clothing, doing her hair differently, or wearing a new perfume when she visits a girlfriend. Either that girlfriend is secretly a dude, or her sexual interests are shifting. “If she’s doing all of these extra things and you don’t feel like they are for you, who are they for?” asks Valdez.

6. You Spot Stuff That Isn’t Hers.

Noticing jewelry you didn’t buy her, or clothes in a different size? Think the same thing that you would think if you saw a guy’s gear: she’s fooling around with someone who isn’t you. Come across new lube that’s marked “for her pleasure”? We’ll let you figure that one out yourself.

A couple of these signs might be no big deal, but if it’s become painfully obvious your lady likes sushi, MacIlvaine encourages you to think about your goals with the relationship. You can bail if you feel she’s crossed the line. Or, if she’s down, so to speak, you can try to work her new passion into your relationship. Hey, it worked for Charlie Sheen! Oh wait…