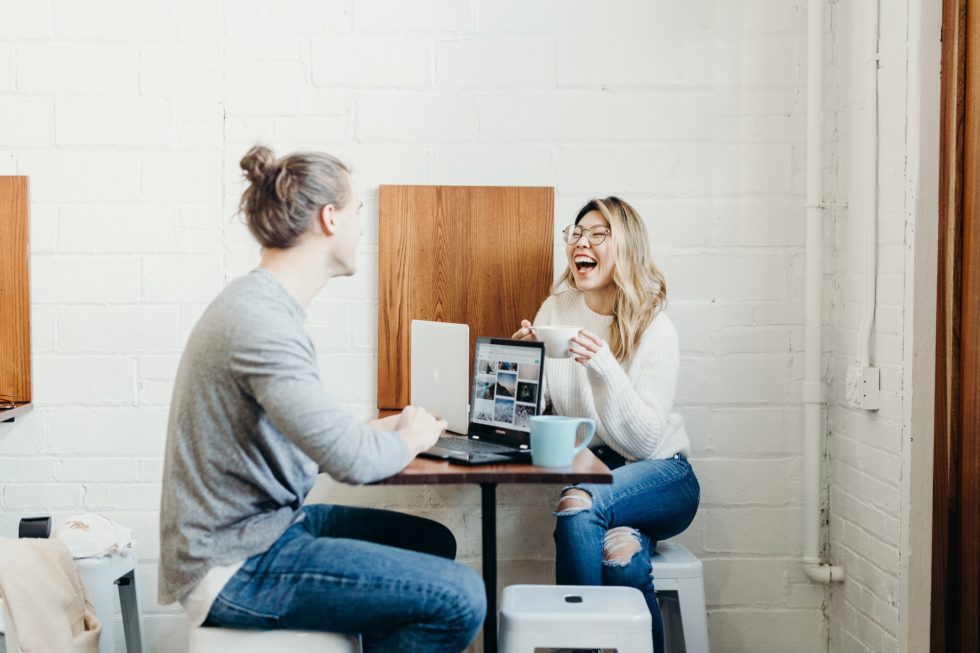 Conversations between men and women are somewhat similar to what happens when you translate something from English to Spanish. A short sentence in English can turn out to be a verbose, long sentence in Spanish. Isn’t that right?

Similarly, men’s conversations are generally straight to the point. Short & concise. Yet, the very same conversation by a woman might include more detail, background information and even an emotional flair, making the communication moment a much longer and involved one. How many times have you found yourself telling your boyfriend or husband something, and your partner cuts you off and says “OK, so what happened…” Upsetting right? Makes you feel like he doesn’t want to listen to what you have to say. Well, that isn’t so. We’re just wired differently.

Tips on Communicating More Effectively with the Men in Your Life

1.  Get to the Point: As mentioned above, if you have something you need to say, be clear, concise and to the point.  Preferably, use short sentences (some suggest 11 words or less, but let’s not push it…).

woman: “Honey, guess what happened this morning…On my way to work, I was driving on the left lane when this idiot got in my way and almost hit my car…I got so upset…”

man: “Some guy almost hit me this morning while driving…”

2. Say what you really want to say: Men are not mind readers. If you want your man, your boss or your son do something for you, say it. Say it exactly how you want it. If you want your husband to go do groceries, don’t vascillate and say how empty the refrigerator is. For all he knows, you might just be making small talk. Simply say “I need groceries done, can you do it now?” Notice also how I added the “now” at the end. Provide not only the what, but also the when, and if necessary, the how, to make sure you’ve communicated exactly what you need.

3. Don’t focus on the non-verbal behaviors: One thing I am guilty of doing is accusing my husband of not listening just because he doesn’t make constant eye-contact. I can also be overly sensitive to any non-verbal behavior that might suggest he is not fully engaged in the conversation. But whenever I complain about him not really listening or paying attention, he reminds me that he is listening. Again, this is a result of our gender differences in communication styles. When women talk with one another, they tend to make good eye-contact, and tune into each other’s emotions, while also verbally accentuating the conversation at hand. Don’t expect the same from your man, you might end up feeling quite frustrated.

4.  Be confident: Regardless of who you are talking to, men or woman, always come across confident in what you need to say.  If you’re in a work meeting, using a confident tone of voice will come across completely different than if you show doubt in your input.  So speak loud enough to be heard, clearly and concisely.  Most importantly, make eye-contact with those you around you.

5.  Don’t be a mind reader: Just because your partner is quietly listening, or doesn’t offer a comment right away, it doesn’t mean this or that.  Give him time to process what you’re saying.  Don’t be too quick to assume he’s not interested or bored.

6.  Don’t expect him to communicate like your girl friends: Don’t always expect the patient, head nodding, understanding facial expression you’ll get from your girlfriend when talking to your guy.  Instead, be prepared for him to offer a some sort of logical solution (as if you couldn’t come up with that yourself).

7.  Listen: Do you ever ask yourself if YOU are listening?  If he says X, trust that he means X, not Y.  Remember, men are more likely to say what they mean, and mean what they say.

8. Avoid the drama: If your conversations with your partner tend to escalate into an emotional tirade, or if your communication is packed with heavy emotions, be prepare for your guy to tune out.  In worst cases, he might end up avoiding talking to you, or leaving the scene of the heavy conversation.

9.  Timing matters: Ladies, talking about heavy topics while you are both getting ready to go to sleep, or while your hubby is watching his favorite sports game, will inevitably fall on deaf ears.  For heavy conversations or important matters, talking while taking a walk together is a wonderful idea.  You can also have an intimate conversation while dinning together, or having a picnic at the park.

10.  Use humor: There are times when the use of humor can communicate something that might otherwise come out strongly.  If being funny is your style, go ahead and experiment with humor.  You’ll be surprised how a joke can lighten up an otherwise difficult conversation.

Final Note: We certainly don’t need to change the way we communicate in order to accommodate men’s style of communication.  However, being mindful of the vast difference between the two sexes will certainly go a long way to helping you feel listened to, understood and validated.